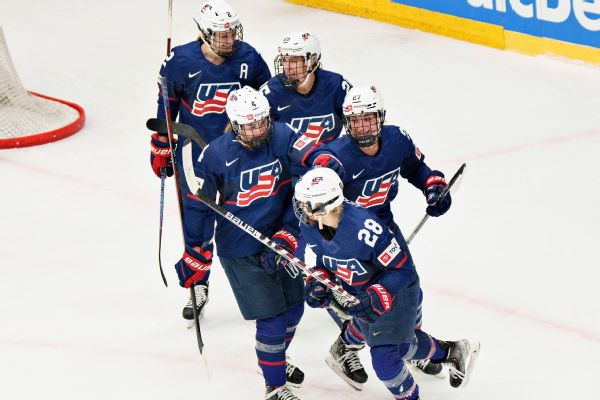 HERNING, Denmark — Amanda Kessel scored a hat-trick and the United States continued their winning streak of reaching the final at every women’s Ice Hockey World Championship after beating the Czech Republic 10-1 in the semifinals on Saturday.

Taylor Heise had two goals and three assists, while Hilary Knight’s two goals increased her own tournament record to 89 points and 53 goals.

The Americans meet Canada or Switzerland, who played later.

Since the first Women’s World Cup in 1990, USA and Canada have met in every final except in 2019, when the Americans beat Finland for the title.

Canada defeated the USA 3-2 in overtime in last year’s final in Calgary, ending a streak of five consecutive titles for the Americans.

Against the Czechs, the USA led 6-0 after the first period and added two more goals in the second and third periods. Klara Hymlarova made it 7-1 in the middle of the second.