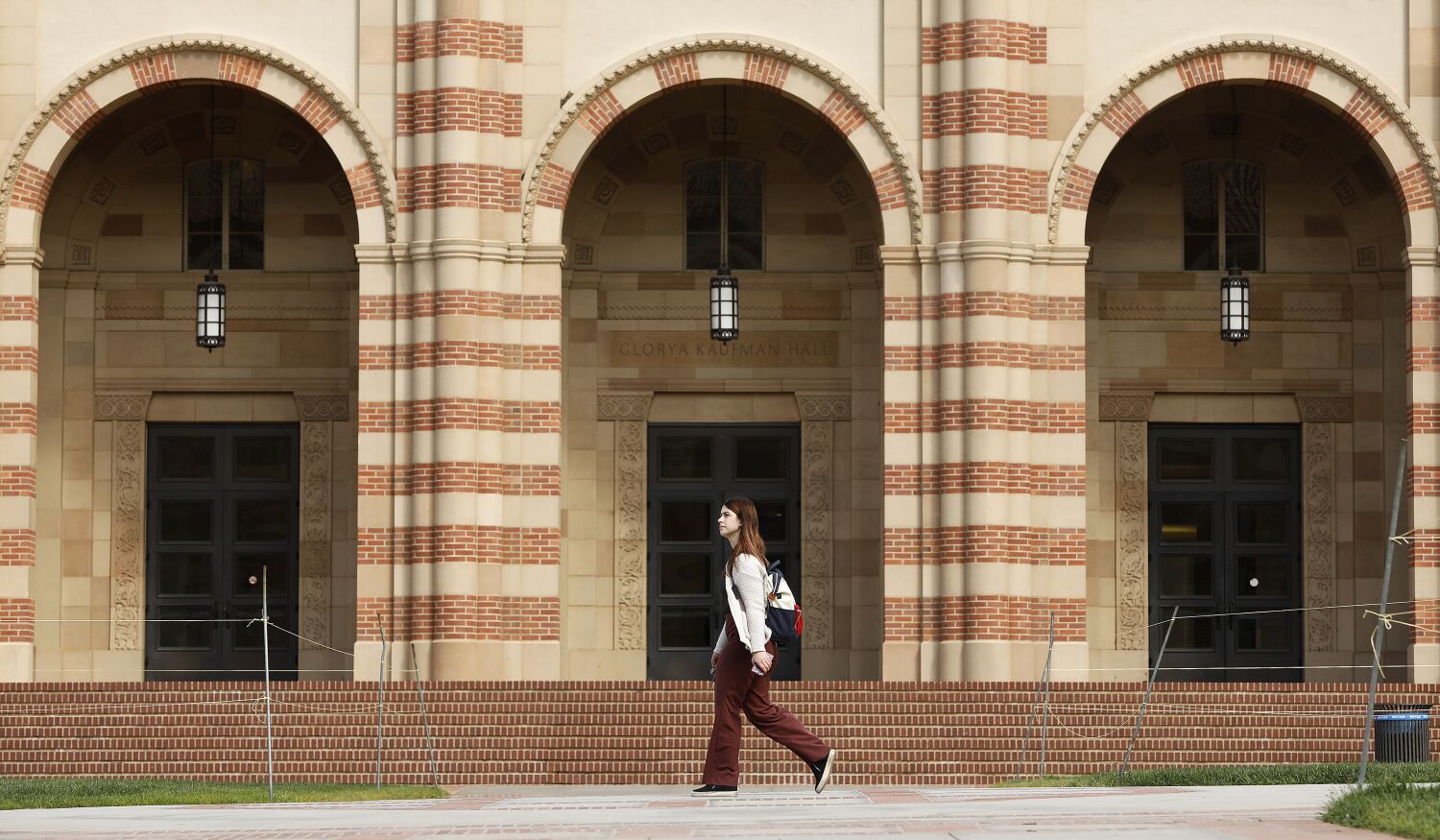 UCLA’s decision adds to the biggest challenge yet for the college rankings industry, after similar decisions by other top-ranking law schools last week to avoid publication. At least half of US News’ top 20 law schools have announced they will not participate in the rankings due to long-standing problems with the methodology. In addition to UCLA, these include Yale, Stanford, Harvard, Columbia, UC Berkeley, Georgetown, Michigan, Duke and Northwestern.

USC Law, which currently ranks No. 20 in the US news rankings, has not joined the boycott or made a statement about it. Among California law schools, Stanford is ranked 2nd, UC Berkeley 9th, and UCLA 15th.

“The rankings discourage schools from supporting public service careers for their graduates, building a diverse student population, and providing financial aid based on need,” UCLA Law School interim dean Russell Korobkin said in a message to the law community faculties. “UCLA law does all of these things, but upholding our core values ​​costs ranking points.”

US news officials said their organization will continue to rank the nearly 200 fully accredited law schools, regardless of whether the institutions agree to share their data. Much of the information used for the rankings is publicly available.

“The US News Best Law Schools ranking is designed for students who are seeking the best decision in their law education. We will continue to fulfill our journalistic mission of ensuring students can rely on the best, most accurate information when making this decision,” said Eric Gertler, executive chairman and chief executive of US News, in a statement. “As part of our mission, we must continue to ensure that law schools are held accountable for the education they provide to these students, and that mission does not change with these recent announcements.”

Korobkin criticized several aspects of US News’ verification methodology. He said the rankings rely on unadjusted student grade point averages to measure student quality and penalize those taking courses that tend to give lower grades, such as math, technology, engineering and science. The law school dean said that this keeps students from overexerting themselves with more challenging classes and does not measure their academic ability or leadership potential. Other critics have said that the focus on GPA and test scores encourages law schools to provide merit-based financial aid to attract top-performing applicants, rather than need-based support to provide better access for low-income students.

Korobkin also criticized the use of subjective “reputation” ratings by law school faculties and programs, which were provided by a small number of attorneys, judges, and professors. He said such evaluators “cannot hope to have detailed knowledge of the nearly 200 schools they are asked to evaluate, rather than using more quantifiable measures.”

Like UC Berkeley and other institutions, UCLA Law is dismayed that the ranking discourages students from choosing public law.

But US News doesn’t count these grantees as full-time, creating a “perverse incentive for schools to ax these positions, despite their success and despite the training they provide for future public sector attorneys,” Chemerinsky said last week when he the school announced they would join the boycott.

Additionally, Korobkin said US news rewards schools for spending more on their students. But that disadvantages public law schools, he said, which tend to spend less and charge less than private schools.

To make matters worse, Chemerinsky said, a law school’s per-student spending is adjusted according to a neighborhood’s cost of living. This means high-cost regions like the San Francisco Bay Area are being penalized despite the lack of evidence linking such metrics to academic quality. UC Berkeley statistical analysis showed that cost-of-living adjustments alone lowered Berkeley’s US News ranking to 9th place. It helped lift Yale to #1 in New Haven, Connecticut, above #2 in Stanford. in Palo Alto.

Some other leading law schools, which have not joined the boycott, said they would look into the issue but have joined in the criticism.

In a statement last week, the University of Pennsylvania Law School applauded its peer institutions “for their leadership in raising the issue.”

“Among problems with the current system, the U.S. messaging algorithm underestimates money spent on student financial aid and rewards schools for every dollar spent on faculty and administrator salaries and other operating expenses,” the legal said Faculty. “The rankings do not provide a holistic view of how legal education meets the needs of today’s society.”

In an interview, Korobkin said the time taken to discuss the issue with faculty and alumni was not focused on whether the ranking methodology was flawed – there was “no question” that it was, he said. Rather, the school debated whether an opinion would make a difference since 80% of the information used by US News is publicly available.

In the end, he said, the law school felt it should take a public stand.

“It’s important for us to seize this moment to reinforce our values ​​and do whatever we can to encourage positive change by holding back our collaboration,” he said. “We are committed to working with US News, or any other organization wishing to evaluate law schools, to help determine a methodology that can provide useful comparative information for prospective students without creating detrimental incentives for schools that want to improve.” of jurisprudence does not promote education.”