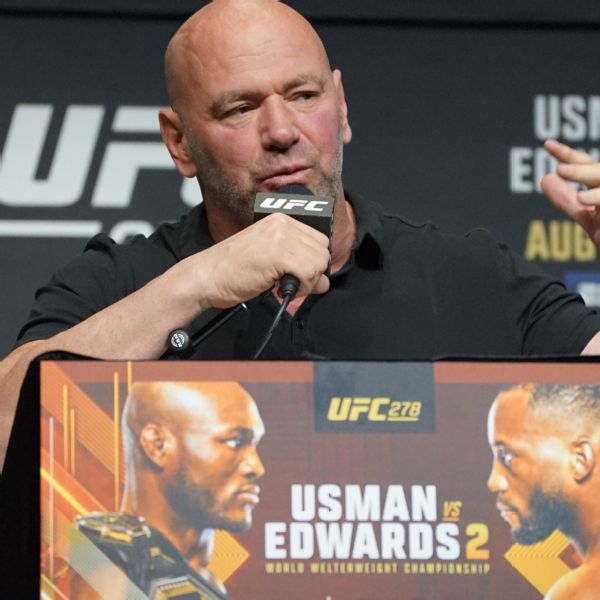 UFC President Dana White said he helped broker a deal for quarterback Tom Brady to play for the Las Vegas Raiders when Brady was a free-agent quarterback in 2020, but then-Raiders coach Jon Gruden canceled the last minute deal.

White was persuaded to tell the Rob Gronkowski story during Saturday night’s “UFC with the Gronks” broadcast on ESPN and ESPN+ for UFC 278.

“I’ve been working on putting this deal together for Brady and Gronk to come over to the Raiders,” White said. “It was almost a done deal. And at the last minute, Gruden blew up the deal and said he didn’t want it, and all hell broke loose, man. it was crazy

“And Brady’s already been looking at houses. It wasn’t said yet that Gronk was coming. So Las Vegas would have had Brady and Gronk the year the Bucs won the Super Bowl unless Gruden blew the deal.”

White added that “there’s so much history behind the scenes.”

Gruden resigned from the Raiders in October 2021. ESPN senior NFL insider Adam Schefter reported in 2020 — when Brady was a free agent — that the Raiders planned to go after Brady should he reach free agency. He did, but eventually signed with the Tampa Bay Buccaneers, where he won the Super Bowl that season.

White also said Gronkowski could have joined the Raiders. Gronkowski, on the other hand, was under contract with the New England Patriots at the time. The Patriots eventually traded Gronkowski to Tampa Bay in April.

Gronkowski, who asked White the opening question, said he was glad things went the way they did.

“I’m glad it didn’t go through,” Gronkowski said on the show. “It all worked out for the best, man. I’m glad we went to Tampa, man. It just worked. I love this place.”

White said he had no intention of telling this story until Gronkowski asked him about it.

Real Housewives of Dubai (RHODUBAI): Chanel Ayan Shares Her Traumatic Past, Others Think It's an Excuse For Bad Behavior