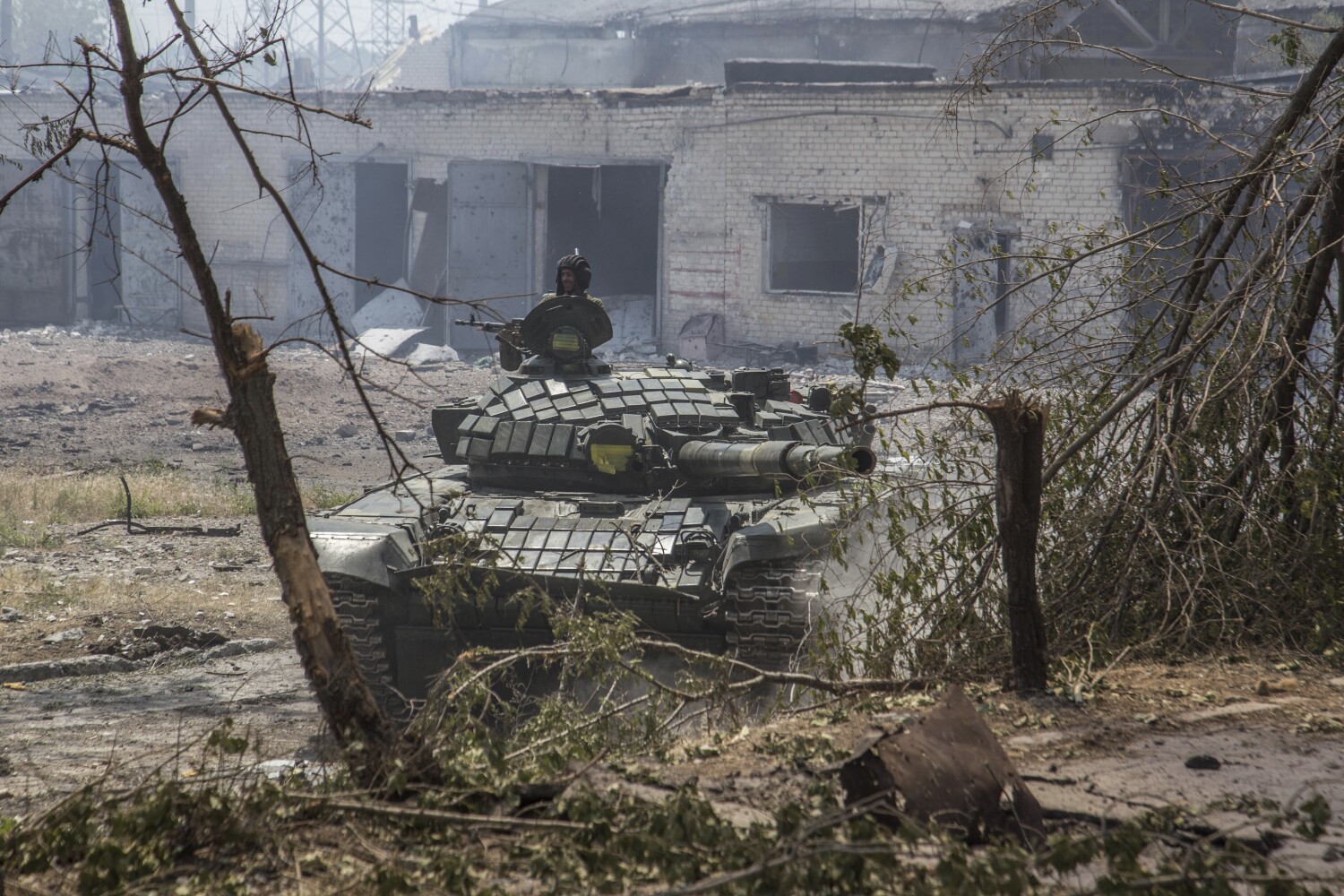 A month-long defense during which Ukrainian troops endured relentless bombing and ferocious street skirmishes against their Russian opponents ended on Friday as military authorities ordered a withdrawal from the besieged city of Severodonetsk.

Although not strategic, the fall of Severodonetsk gives Russia near-total control of Luhansk, one of two disputed provinces that together with Donetsk make up the eastern region known as Donbass.

After a stalled campaign to take Kiev, Moscow refocused its invasion plans for a full takeover of Donbass in support of Russian-backed separatists, who have already controlled parts of the region since 2014.

“Our defenders have already received the order: Ukrainian forces will leave the city and move to new, more fortified positions,” Luhansk Governor Serhiy Hadai said in a Friday post on the Telegram messaging app. “Staying in positions that have been mercilessly shelled for months just doesn’t make sense.”

It was unclear how a large-scale withdrawal could occur. Russian troops had earlier destroyed bridges connecting Severodonetsk to its twin city of Lysychansk across the Severski Donets, forcing the Ukrainians to use boats to supply and transport their defenders. The Ukrainian army still holds Lysychansk, which is on high ground and therefore more defensible in the event of a direct attack.

But recent Russian conquests on the city’s northern and southern flanks — not to mention advances that have brought the westward Ukrainian escape route under withering artillery fire — raise the specter of a total encirclement trapping thousands of soldiers and civilians would lure.

“We stand. We had [deaths] yesterday, but we are still here,” said an instructor of the special police unit in Lysychansk, who went by the name of Alexander.

He didn’t know when the withdrawal order would come, but said he expected it soon. According to an army lawyer, some troops from his group had already left without waiting for an order from their commanders.

The battle for Severodonetsk, the Ukrainian government’s seat of power in Luhansk and the easternmost point of its control, follows the plan adopted by both sides at this stage of the war: for Moscow, incessant artillery and airstrikes to literally cover Ukrainian positions pulverize, then the troops slowly advance to take what is left.

As in the embattled city of Mariupol, where a Ukrainian garrison at the Azovstal Steelworks held out for three months before surrendering in May, the Ukrainians’ strategy was to hold out until the last minute and make any Russian advance an agonizing, bloody affair grind.

Although this strategy bought the Ukrainians time to improve defenses in their Donetsk bastions and secure some shipments of more advanced artillery from their Western partners, the costs have been staggering – hundreds of casualties are reported every day.

And the outcome has seen Russia preside over the devastated remains of what Ukrainian President Volodymyr Zelenskyy dubbed “dead cities” in a recent speech.

Hadai, the governor of Luhansk, said Severodonetsk was almost completely reduced to rubble, with almost 90% of the city damaged and four out of five houses beyond repair.

“[They] have to be demolished,” said Hadai. “All critical infrastructure has been destroyed.”

More than 85% of the residents have fled from Severodonetsk and Lysychnask, which each had more than 100,000 inhabitants before the war. The remaining residents have to live without electricity, gas and telephone.

Because there is no water either, they line up with the fire brigade with plastic jugs or roll to a creek to fetch their supplies.

https://www.latimes.com/world-nation/story/2022-06-24/ukrainian-troops-to-retreat-from-besieged-city-of-severodonetsk Ukrainian troops to retreat from besieged city of Severodonetsk

If the Angels hire a new manager, here's their guy