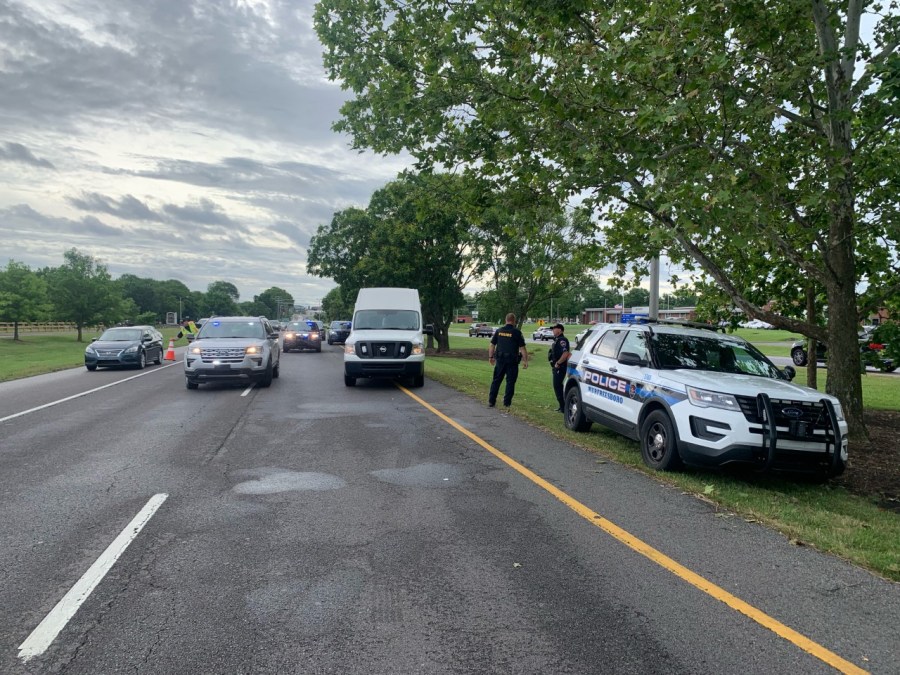 MURFREESBORO, Tenn. (WKRN) — Traffic on the busy Old Fort Parkway near the New Salem Highway was brought to a standstill after a 3-year-old girl was accidentally hit by an SUV around 7 a.m. Thursday and injured.

“That’s part of the investigation into where she came from or why she was alone,” said Larry Flowers, the Murfreesboro Police Department’s public information officer.

Witnesses at the scene told police there was no way the driver saw the child, who was able to cross the eastbound lanes and was hit in a westbound lane.


“This particular driver of this SUV was driving at a normal speed, and then all of a sudden a little kid shot into the roadway,” Flowers said. “According to witnesses, she had no way of seeing the child or stopping in time.”

The little girl was taken to Vanderbilt Children’s Hospital to be treated for her injuries. Authorities say her condition is stable.

“She was taken to the hospital in an ambulance. She was vocal. She cried and screamed. We just pray that she can recover,” explains Flowers.

The commotion caught the attention of those in the area, including Charles Bly.

“Definitely my biggest concern as a new dad. This is one of the scariest situations you can face as a parent. In this world you can never be too sure. You always have to watch your kids as closely as you can, and if you think you’re missing them, you’re not,” says Bly.

No charges are currently expected against the driver. Investigators have focused on how the child managed to get away from residential areas unsupervised.


Flowers explains, “Police have reached out to the parents and located them, but again, questions remain about how this little girl got out.”

The case is now being investigated by the youth welfare office.