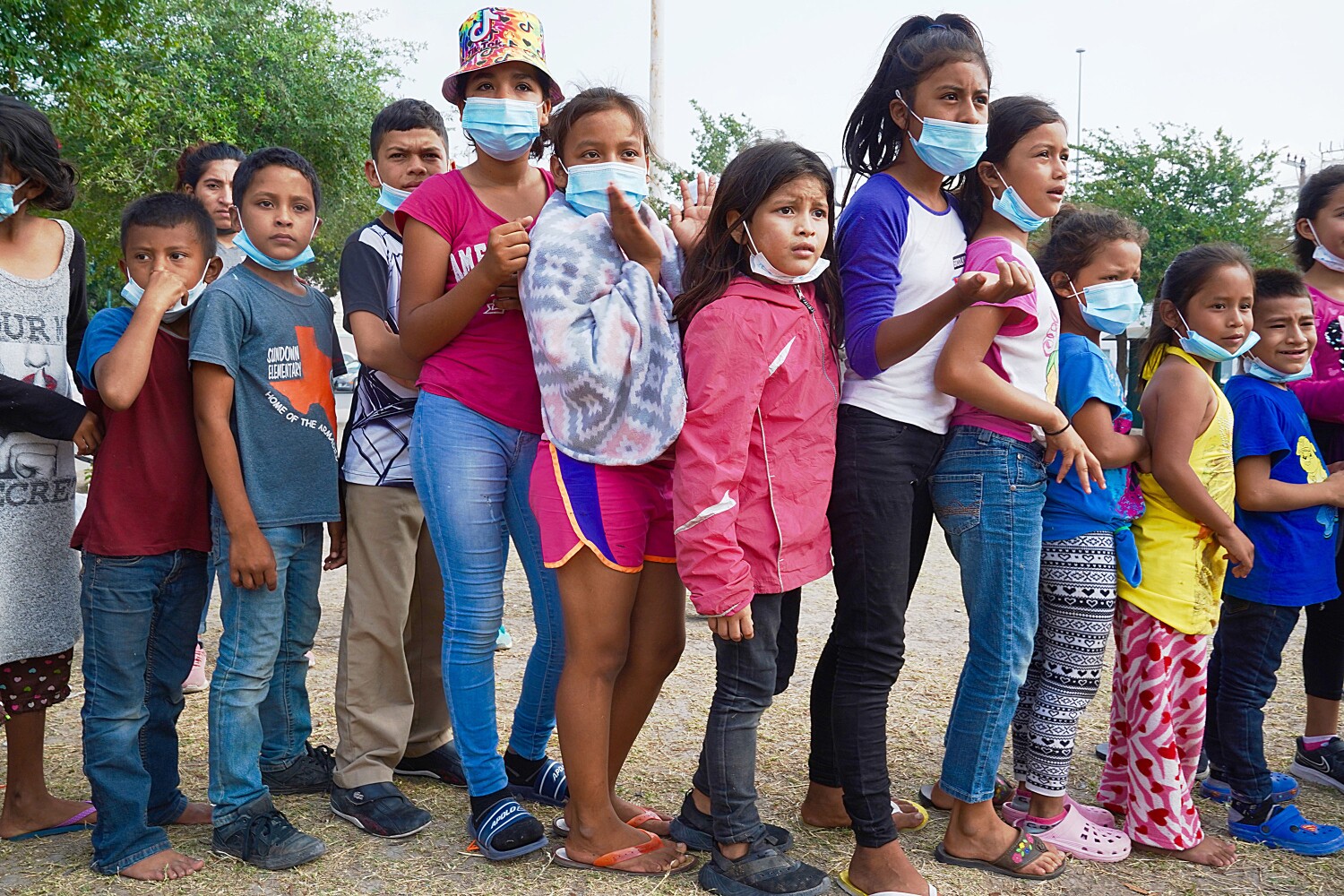 After the girl’s grandfather died, she traveled with her uncle from Guatemala to the Texas border.

Border guards separated them. The then 10-year-old girl ended up in foster care while her uncle was deported, according to her lawyer Miriam Enriquez.

Such painful breakups could be avoided under a new Biden administration program that allows children to quickly reunite with relatives like uncles and grandparents at the border.

The girl, who the attorney has not named to protect her privacy, is now 14 and is still in foster care in Southern California while her asylum case is being decided.

Since arriving in the United States in early 2019, she has learned Spanish and English, which she now speaks fluently in addition to her Mayan dialect, and is doing well in school, according to Enriquez, an associate attorney with the Immigrant Defenders Law Center in Los Angeles .

“Their separations were undoubtedly traumatic and difficult, especially given their young age,” Enriquez said of the girl and another Guatemalan indigenous child who was also separated from his uncle at the border.

The new program, called the Trusted Adult Relative Program, is being tested at a border patrol station in Texas, according to three sources who were not authorized to speak publicly.

A Department of Homeland Security official, who spoke on condition of anonymity, said a few dozen children have been reunited with family members since the program began in May.

“I think it’s not in the child’s best interest to separate them from trusted adults with whom they have traveled hundreds of miles,” the official said, adding that taxpayers don’t foot the bill for longer stays at immigration would have custody.

A child and non-parental relative will initially be separated while immigration officials review their relationship and ensure the adult is able to care for the child, the sources said. If they are released, they will be reunited within about 10 days and then go through the regular immigration process.

The official said any expansion of the program elsewhere along the border is still under review.

“This government places a strong emphasis on keeping families together and not separating families, and if that works we would try to eventually apply that more broadly,” the official said. “It’s too early to make that decision”

The practice of separating children from non-parental family members at the border is more than a decade old.

While parents were generally allowed to stay with their children, other relatives were separated unless they were the child’s legal guardian. They were then usually deported unless they made a credible application for asylum.

Under the Title 42 policy, begun under President Trump and continued through the Biden administration, adult migrants seeking asylum have been turned away without their requests being heard.

Children were also deported until a federal court blocked the practice and the Biden administration allowed children in after the ruling was stayed.

Children with no relatives in the US may end up in foster homes overseen by the Federal Office of Refugee Resettlement.

They are allowed to stay in the country while decisions are made on their applications for asylum or special youth immigrant status, which is granted when children are unable to return to their parents due to abuse or neglect and it is not in their best interests to return home .

The government does not have reliable data on how many children were separated from non-parental family members at the border.

But Title 42 has likely led to more splits as more adults are deported, immigrant advocates say.

Since early 2021, the Immigrant Defenders Law Center has been tracking nearly 300 children who were separated from non-parental relatives at the border. All adults were turned away under Title 42, according to the center.

In April, the Biden administration announced it would drop Title 42 policy, but a federal judge later blocked the effort.

“This has the potential to stop completely unnecessary trauma that interrupts children’s ability to work through their immigration cases,” said Jennifer Nagda, policy director of the Young Center for Immigrant Children’s Rights, of the new program. “They are so traumatized and upset after being separated from their sister or grandfather or grandmother.”

When last year the number of unaccompanied children arriving at the border reached record levels and overwhelmed government resources, the Young Center recommended an approach similar to the program the Biden administration eventually adopted.

Concerns about fraud have long been a barrier to keeping families together. In the new program, officials use the same procedures as before to verify the relationship between the child and the family member.

For some migrant children, the relative they were traveling with was already their main caregiver at home.

In 2019, while touring a facility for unaccompanied children, an attorney for Human Rights Watch met a 14-year-old boy who had come from Guatemala with his 29-year-old sister.

The boy told attorney Clara Long that his sister was like a mother to him because “she’s taken care of me my whole life.”

“On the third day, they took me out of my cage and said I was going to be separated from my sister, but they didn’t tell me where I was going,” Long said, adding that the boy had told her. “I don’t understand why they separated us. They didn’t give me a chance to say goodbye.”

https://www.latimes.com/world-nation/story/2022-07-08/biden-administration-tests-new-program-to-keep-families-together-at-the-border Under new program, some migrant kids will no longer be separated from relatives at border