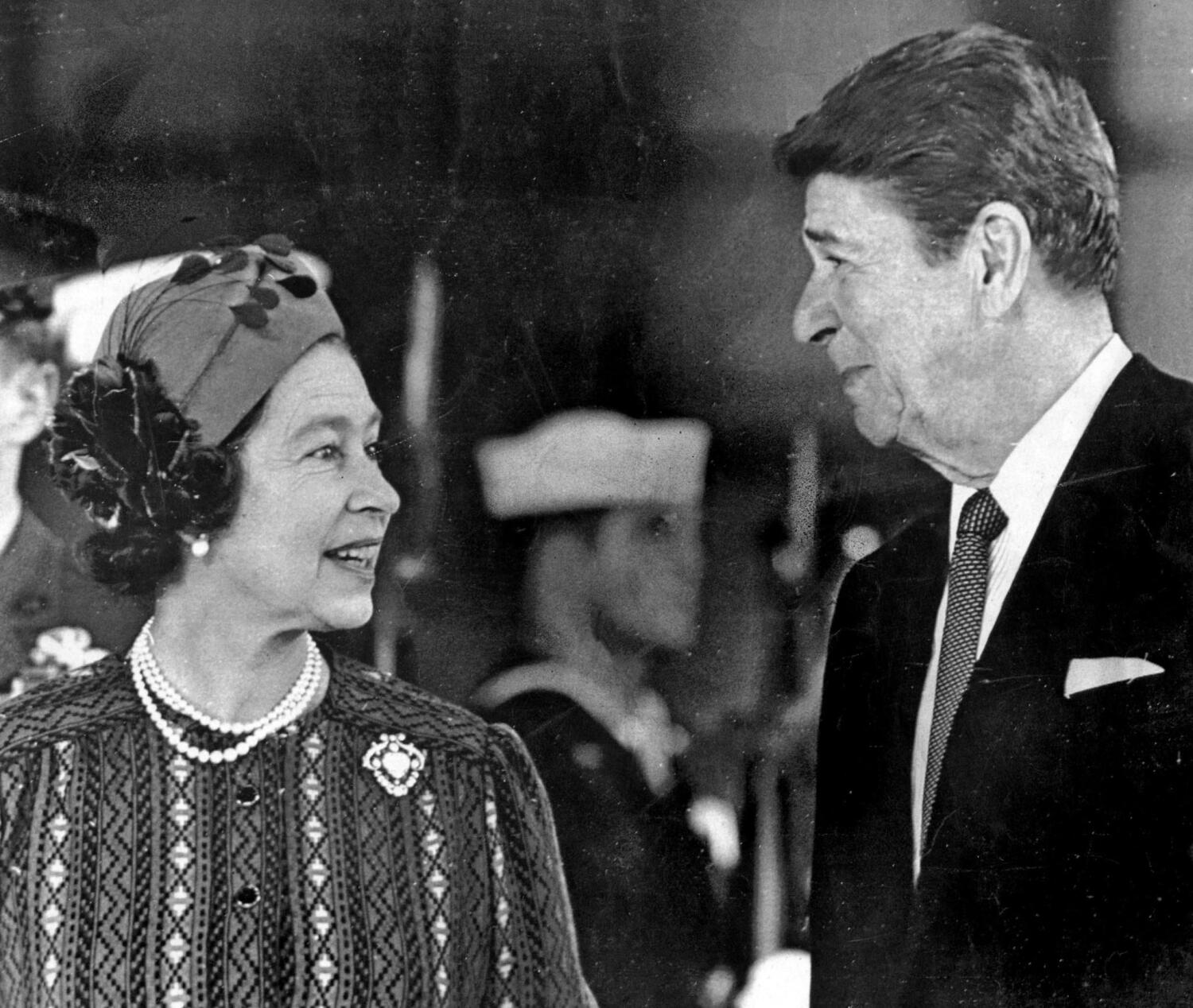 The story of Queen Elizabeth II sipping gin at the California State Capitol needs some elaboration. And here it is:

It was the story of the late Ronald Reagan assistant, Mike Deaver. He told me shortly after Her Majesty’s tour of storm-swept California in the winter of 1983.

The story was unofficial at the time. But now all the main players have died: The Queen, Prince Philip, Governor George Deukmejian, President Reagan, First Lady Nancy Reagan and Deaver. Nothing is secret forever.

So, in my previous column, I shared Deaver’s story of the grace and determination the Queen showed on her adventurous 10-day journey.

But two other players in the gin episode who are still with us remember it a little differently than what Deaver hush-hush conveyed to me. And one of them called me after my column ran.

For one thing, the Queen and Prince seemed to have had more than a few sips.

Does it really matter? no It’s just a small thing. But as history gives us a glimpse into the private side of Britain’s longest-reigning monarch, a historical figure for the ages, it might as well be a clear picture.

Deaver was arguably Reagan’s most trusted adviser. He was certainly Nancy Reagan’s. During Reagan’s two terms as governor of California, he was a close adviser and deputy chief of staff to the White House. The President hired him to organize the Queen’s journey and to escort her around the state.

He booked a day trip to Sacramento and a meeting at the Capitol with the governor and legislative leaders.

A few days after the visit, Deaver told me this: He and the Queen ended up in his old office in the Capitol. “I could use some gin,” she said. The former governor used to keep a small bottle of gin in his desk. And sure enough, it was still there. He found a glass and poured a drink for the grateful queen.

OK, apparently that wasn’t quite right and there was more to it – more gin for one.

“I never told the story. Deaver said it was a state secret. If it got out, it would be embarrassing for the country and the president,” said Merksamer, who runs one of Sacramento’s most successful law and lobbying firms.

“Mike said, ‘I don’t want to read about this in any story until Ron and Nancy are dead.'”

Merkmer says the Queen and her entourage arrived at the Governor’s office around 9:30 am. Deukmejian and top attendants chatted with the queen and prince for a few minutes in the cabinet room.

“There was a certain protocol,” Merksamer recalls. “Don’t speak until she says hello. You don’t have to curtsy because you’re American. Do not touch her. She touches you first.”

He adds: “I thought they were great. Very lovely. Simply adorable. Very nice to my wife. Not stuck.”

“He was damn funny,” says Merksamer. “Very disrespectful. A little off color. Not reserved at all. She was there, just kind of a queen. Very royal.”

“He was always funny,” says Russo.

And of course that’s not quite the picture we’ve all seen on TV.

After a few minutes, “the queen wanted to relax,” says Merksamer. So they gave her the cabinet room and the adjoining governor’s study.

Merksamer and Russo both say that the Queen never went to Deaver’s old office, which was then occupied by Russo. Deukmejian, Merksamer, and Russo retreated there while the queen and prince relaxed in the governor’s digs. Deaver was in and out.

“Deaver runs in, ‘Oh, Sal, Steve, the queen needs a gin and tonic,'” recalls Merksamer. “‘Do you have gin and tonics?’ I said, ‘We don’t have alcohol here.’”

Unlike governors before and after, Deukmejian banned alcohol in the governor’s office suite.

But when the queen asks for a drink, Russo says, “I finally said, ‘George, if you get off the sideboard, I can solve this problem.'”

Russo had set up a bar there and had some gin and tonic. But it was cheap gin with a department store label.

Deaver replied: “The British think that all American gin is inferior. She expects inferior gin. So give her Gemco Gin.”

“I stirred the drinks with my finger,” says Russo.

They were sent to the Queen and Prince – and were clearly acceptable.

“Deaver comes running back a few minutes later and says, ‘I need two more gin and tonics for the queen and the prince,'” recalls Merksamer. “Russo said, ‘Here, take the bottle.'”

After the Queen left, Russo went back to get the bottle.

“It was only about an inch in there,” he says.

Her Majesty walked to the west balcony of the Capitol and waved to thousands of people. Then she was invited to a luncheon with the governor and lawmakers in the Capitol Rotunda.

“We all went with her. She was perfectly fine. Not drunk at all,” says Merksamer.

I did a Google search to inquire about the Queen’s drinking habits. A website citing a cousin said she routinely had four drinks a day: a gin and dubonnet cocktail in the morning, wine with lunch, a dry martini before dinner, then a glass of champagne.

And at least two gin and tonics in provincial capitals.

Chelsea owner Todd Boehly's blunders make headlines, but his message and vision is solid, if unimaginative

‘Try to be safe and smart’: Gun violence issues raise concerns for visitors traveling to Philadelphia