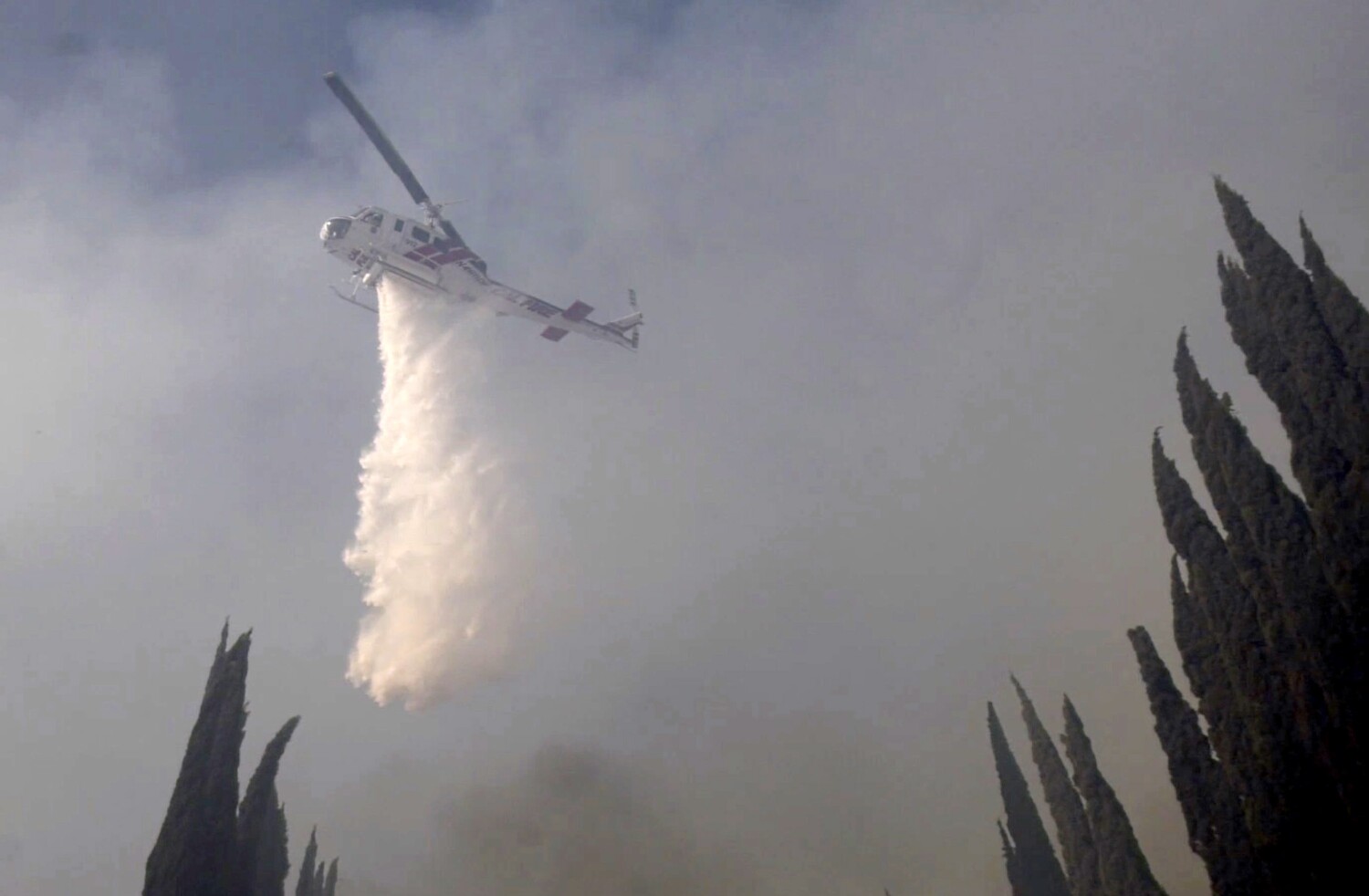 A wildfire in the Jurupa Valley that had spread to 110 acres and threatened homes on Saturday was 85% under control as of Monday morning, Cal Fire said.

Crews continue to strengthen containment of Confederate fires in and near the Santa Ana Riverbed, officials said.

Mandatory evacuations were implemented Saturday for residents south of Limonite Avenue, with a care center opening at Patriot High School. But that order was downgraded to an evacuation warning a few hours later, and all warnings were lifted Sunday morning when the fire was 40% under control.

Originally known as the Candle Flame, the Confederate fire started on Saturday afternoon near India Camp Road and Candlelight Road.