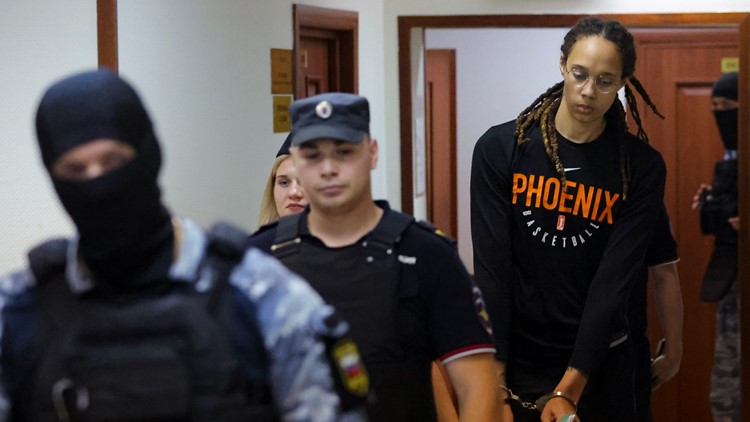 In a sharp reversal of previous policy, Blinken also said he expects to speak to his Kremlin counterpart for the first time since Russia invaded Ukraine.

The statement marked the first time the US government has publicly announced specific actions it has taken to secure the release of Griner, who was arrested at a Moscow airport on drug charges in February and testified at her trial on Wednesday.

It is unclear when the offer was made or if Russia is enough to release the Americans. But the public acknowledgment of the offer at a time when the US has otherwise shunned Russia reflects mounting pressure on the administration over Griner and Whelan and their determination to bring them home.

At one point in her Wednesday testimony, her tone became emotional as she said she always played by the rules and tried never to let her team down.

“My career is my whole life,” she said. “I’ve dedicated everything – time, my body, time away from my family. I spent six months a year apart from everyone and with a huge time difference.”

Griner also said that, in addition to the poor translation at the airport, she was not given any explanation of her rights or access to a lawyer in the first hours of her detention. She said she used a translation app on her phone to communicate with a customs officer.

Black Man Gets The Longest PRISON Sentence To Date ... In Jan 6th RIOTS!!

Actually, 'The Bear' Is a Menswear Show