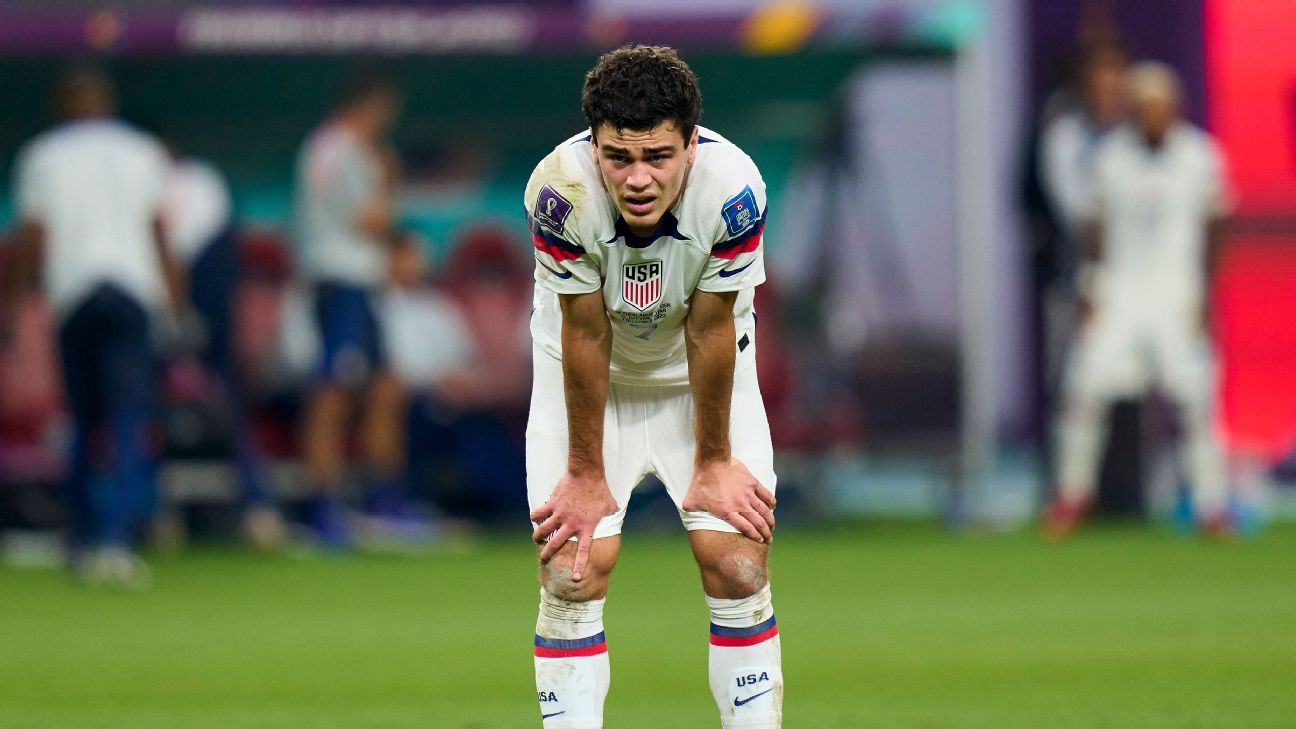 US midfielder Giovanni Reyna was almost sent home from the World Cup in Qatar after failing to exert himself in training and in a pre-tournament clash against Qatari club Al Gharafa SC, sources told ESPN on Sunday.

Reyna, 20, did not start for USA in Qatar but played the entire second half of their final – a 3-1 defeat by the Netherlands in the round of 16.

The revelation came after US executive Gregg Berhalter spoke at the HOW Institute for Society’s Summit on Moral Leadership in New York on Tuesday. His comments were later published in a Charterworks newsletter, in which he said USA “had a player who clearly failed to live up to expectations on and off the field. One of 26 players, so he stood out. As employees, we sat together for hours thinking about what we were going to do with this player. We were ready to book a plane ticket home, it was that extreme.”

– Borden, Carlisle: Will Berhalter be US coach in 2026?
– Roundtable: What the US did right (and wrong) in Qatar

Berhalter continued: “It came down to the fact that we’re going to have another conversation with him and part of the conversation was how we’re going to act from here. That’s not going to happen.” no further violations. But the other thing we said to him was you have to apologize to the group, but they have to say why you’re apologizing. It has to go deeper than just ‘Guys, I’m sorry.’ And I prepared the leadership group with it. I said, ‘Okay, this guy is going to apologize to you as a group, to the whole team.'”

MLSSoccer.com was the first to identify that the player was Reyna, with The Athletic reporting that Reyna was almost sent home and his performance in training was the reason his playing time was impacted.

Reached via text message, Berhalter gave the following statement to ESPN: “It doesn’t really matter who it was. Importantly, the group had very clear standards and was willing to communicate when the standards were not being met. Sometimes the communication leads to positive change and a clear path forward.”

Berhalter later added that the presentation was intended to be confidential.

Reyna’s playing time – or lack thereof – was the subject of intense scrutiny throughout the tournament. He did not feature against Wales, Jordan Morris being Berhalter’s last substitute in the 1-1 draw. Afterwards, Berhalter said he felt Morris’ “speed and power” could bring something to the team, later citing “a bit of tightness” Reyna experienced after last Thursday’s Al Gharafa scrum.

Reyna has struggled with injuries on and off over the past 14 months, including one to his hamstrings, but he told the assembled media after the Wales game that he was “100 per cent”.

“I feel really good. I feel great,” said Reyna. “I feel good. [Berhalter] don’t have to tell me why he didn’t put me in or why he does.”

Shortly after, Reyna was confronted by coaches and teammates and eventually apologized.

“The fantastic thing about this whole thing was that after he apologized, one by one they got up and said, ‘Listen, it wasn’t good enough, you didn’t meet our expectations for a teammate and we want to see a change ‘” Berhalter said during his speech. “They really took over that process. And from that day on, there were no more problems with this player.”

The temperature rose around Reyna’s playing time ahead of the game against England when former USA international Eric Wynalda said in a Twitter Spaces exchange with the Los Angeles Times that there had been “internal disputes”. He later said on his Sirius XM radio show that Berhalter lied to the media and asked Reyna to lie as well.

Wynalda later addressed some of his comments.

Reyna played seven minutes in the 0-0 draw with England and was not a substitute in the 1-0 win over Iran.

A Partisan Thumbs Down for Sinema's Verity

How did Rams blow it on line? Chargers’ Staley on thin ice?