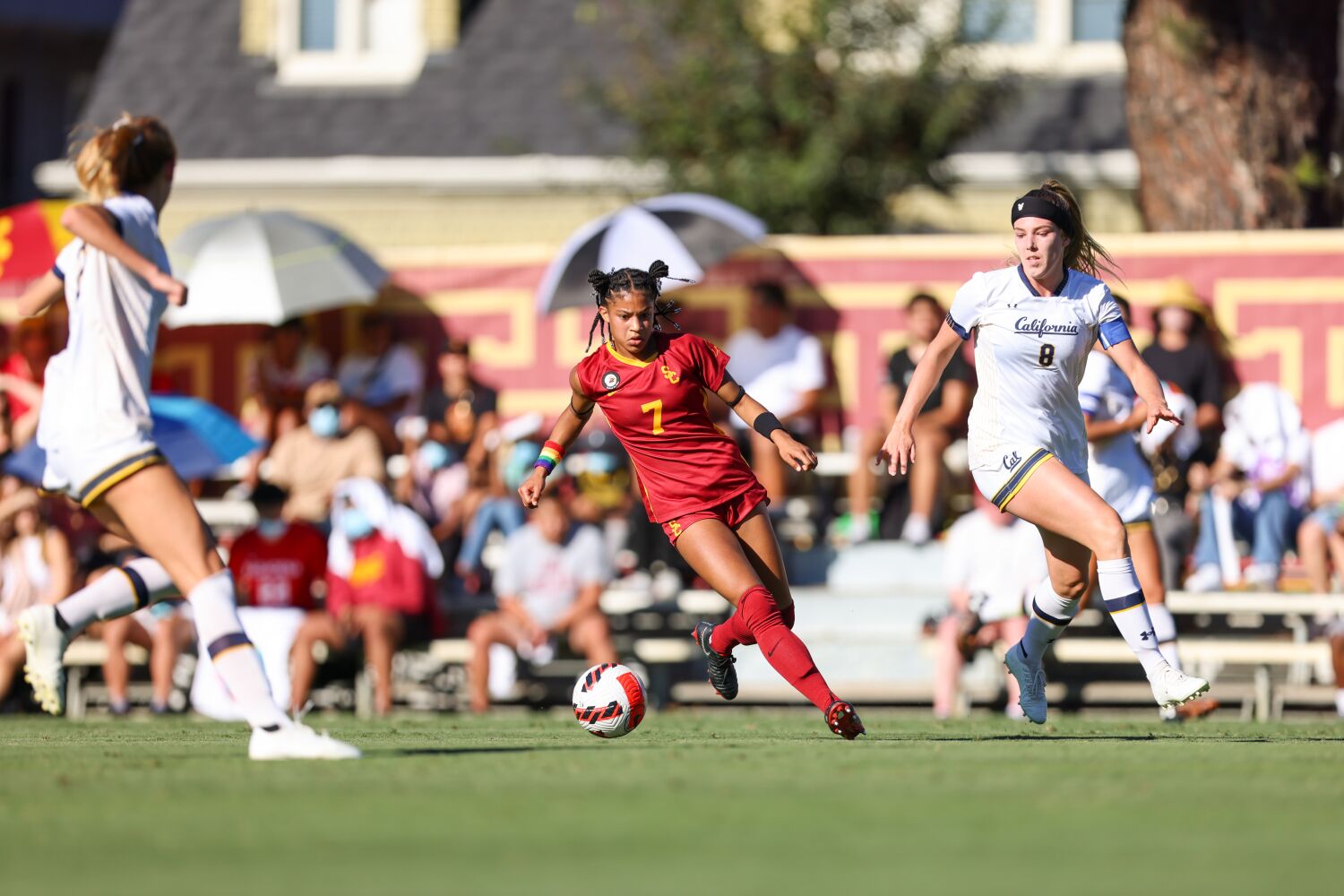 First-half goals from Kaylin Martin and Zoe Burns propelled the USC women’s soccer team to a 2-0 win over top-ranked UCLA at McAlister Field on Friday and cost the Bruins a shot at a third straight Pac-12 title.

Martin’s goal, her first of the season, came from a header in the 15th minute, and Burns’ goal, her second of the year, came from a 29th-minute penalty after UCLA was called out for a handball in the box.

UCLA (17-2-0, 9-2-0 in the Pac-12) needed a win or a tie at USC, depending on the Stanford score, to win the conference title. It didn’t turn out that way either, when the seventh Cardinal played Cal to a 1-1 draw it gave Stanford the championship by a point.

USC beat UCLA 13-10 and had 10 of those shots on target. Anna Smith made five saves for the 14th-ranked Trojans (12-2-3, 8-1-2) who are 4-0 against ranked opponents this season. Lauren Brzykcy made eight saves for the Bruins, five of them in the first half.

USC and UCLA will learn their NCAA tournament fortunes on Monday when the 64-team group is released.

Lila Neugebauer makes the leap from Broadway to 'Causeway'