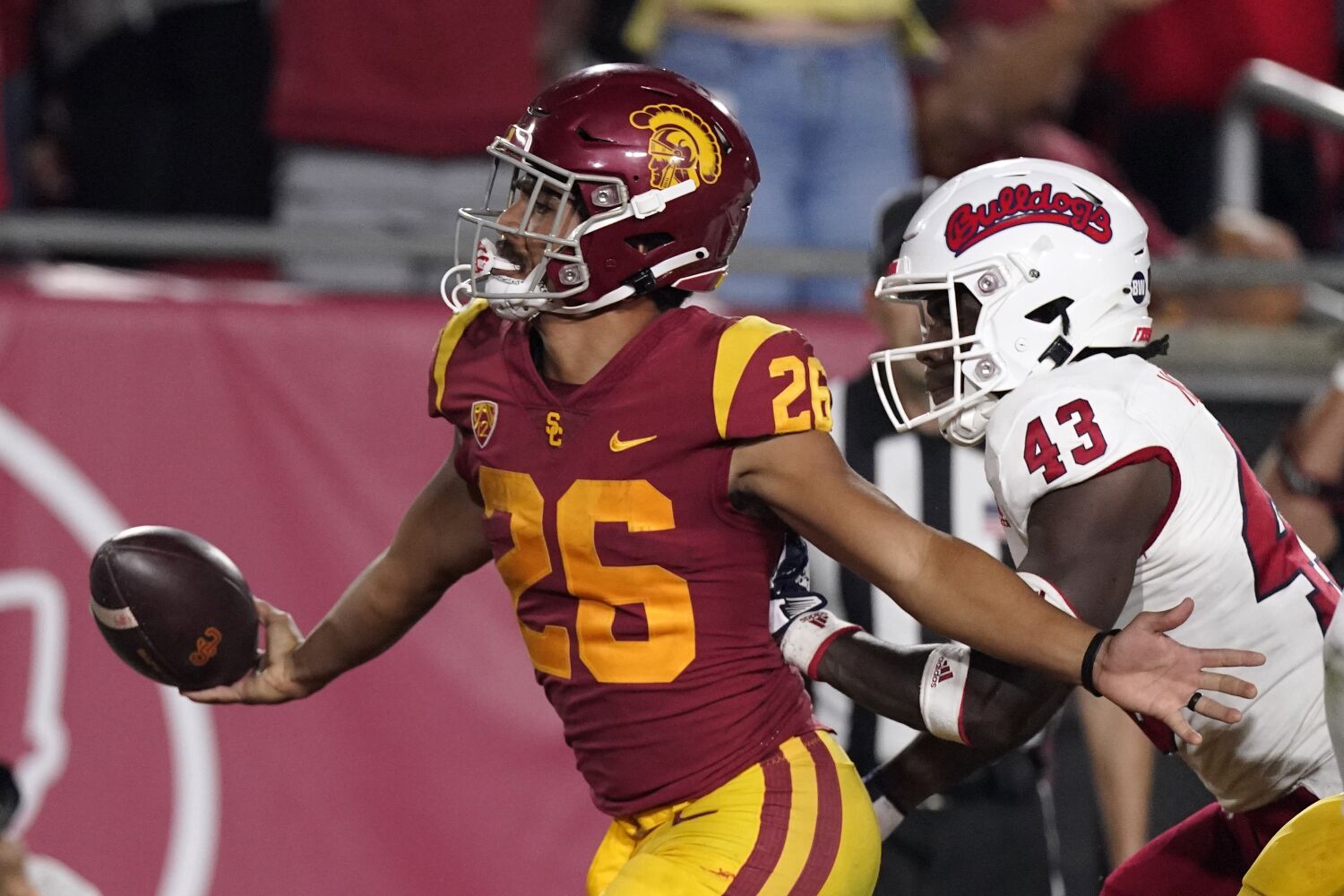 Travis Dye has been in football long enough to see the signs: The emotional win at Corvallis. The following not exactly outstanding training week. The sloppy start against Arizona State. Sure, the ship was finally righted with a 42-25 win, USC’s fifth straight win earlier in the season. But the effort was enough to remind the fifth-grader running back how hard it is to keep winning – and how disappointing can come quickly.

He broke the news after Saturday’s Arizona State game.

“We have to focus on the little things and just realize that winning isn’t easy. It’s not easy to get used to,” Dye said. “You have to come in week after week with everything you have. Because you will get the best for everyone. That’s just how it is. If you go to USC with all this hype around you, you’re going to get the best chance of all.”

In that regard, the next two weeks represent the truest test of the Trojans’ abilities — not to mention their bonafides in the College Football Playoff semifinals — this season. Washington State has one of the better defenses in the conference at 4-1, while Utah was the preseason Pac-12 title favorite. How USC fares against both could very well determine the direction of its season.

USC has not opened a season 6-0 since 2006, the year after the Trojans lost their national title fight to Texas. Unlike this team, which has had an unprecedented winning streak, this team is still learning very hard how to win.

“It’s a daily struggle. I mean, that’s it,” said USC coach Lincoln Riley. “I use ‘combat’ because that’s how you get better. You have to make an effort. You have to leave your comfort zone. It’s a process to understand, right? You can learn some of this ahead of time, and we try to pack as much of it as possible. Some of these won’t catch on until you actually find yourself in some of these situations as a team and individually.

Here are three things to watch out for when USC takes on Washington State at 4:30 p.m. PDT (Fox; Fox Sports App) on Saturday: