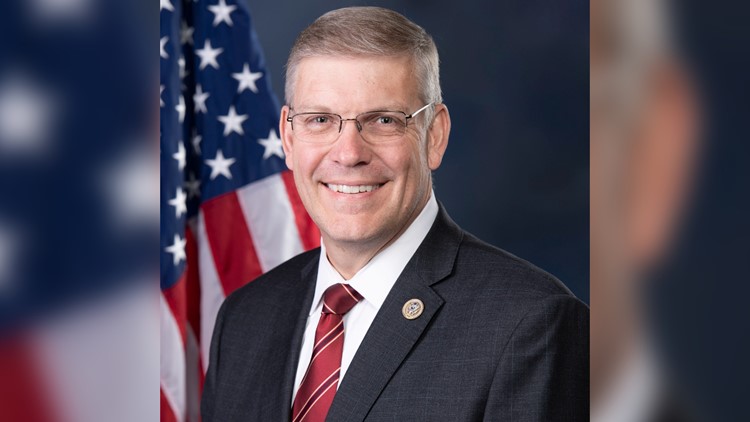 Rep. Barry Loudermilk (R-GA) said the department’s letter proved there was nothing shameful about a group of 12 to 15 people he led around the House office buildings.

WASHINGTON — The United States Capitol Police confirmed Monday that a Republican congressman led a group through portions of two House office buildings on Jan. 5, 2021, but that officials did not find it suspicious.

MP Barry Loudermilk (R-GA) released the letter on social media on Tuesday morning. The letter to Rep. Rodney Davis (R-IL) — the most senior member of the Household Administration Committee — came in response to a request by Davis last week to Capitol Police, footage dated Jan. 5, “in connection with a visit.” verified by Rep. Barry Loudermilk’s constituents.” Davis’ request was itself in response to a January 6 committee letter dated May 19 about a tour Loudermilk may have led.

“Truth will always prevail,” Loudermilk wrote in a tweet with an attached USCP letter. “As I have stated, since the January 6th committee made its baseless allegation about me to the media, I have never given a tour of the Capitol on January 5th, 2021, and a small group visiting their congressman, is in no way suspicious activity. Now Capitol Police have confirmed that fact.”

🚨BREAKING🚨: The truth will always prevail. As I have said, since the January 6th committee made their baseless allegation about me to the media, I have never given a tour of the Capitol on January 5th, 2021… pic.twitter.com/qBoLcmxnYQ

and a small group visiting their congressman is in no way suspicious activity. Now the Capitol Police have confirmed this fact.

The committee’s May 19 letter did not charge Loudermilk with directing a tour of the US Capitol itself, but rather said it had information Loudermilk had guided a group through “parts of the Capitol complex.” The complex includes the site and 20 buildings, including the Rayburn and Cannon House office buildings. According to the USCP statement, the footage shows Loudermilk walking “a group of approximately 12 people that later grew to 15 people” through portions of the Rayburn Building, where Loudermilk’s office is located, and the Cannon Building, where A number of exhibits are housed in the basement.

The select committee has asked Rep. Barry Loudermilk to provide information for the committee’s investigation.

The select committee has uncovered evidence that Rep Loudermilk may have information regarding a January 5, 2021 tour of portions of the Capitol complex. pic.twitter.com/dm6HtRp1Y9

The USCP letter did not specify how long Loudermilk had been with the group. The department’s schedule said the tour began at about 11 a.m. at the Rayburn Building, when the group met with a congressional staffer. The tour continued at the Cannon Building until at least 1pm. At some point, while the group was looking at the exhibits in the building’s basement, Loudermilk broke away from the group.

“There is no evidence that Representative Loudermilk entered the US Capitol with this group on January 5, 2021,” Capitol Police said in their Monday letter.

Capitol Police said the group also never showed up in tunnels leading them to the Capitol, and that those tunnels were manned by officers who would have denied entry to anyone who would not have been in the presence of a member of Congress. Public tours of the Capitol Complex were suspended on January 5 as they have been since March 11, 2020 due to the coronavirus pandemic.

Concerns about possible tours of the Capitol received a lot of attention after the Jan. 6 attack on the US Capitol building. In the week after the attack, Rep. Mikie Sherrill (D-NJ) called the alleged tours “a reconnaissance for the next day” (in the Jan. 6 committee letter dated May 19, Loudermilk was not accused of leading a reconnaissance tour to to have). Rep. Abigail Spanberger (D-VA) also claimed to have personally witnessed tours of the Capitol.

“In the run-up to Jan. 6, what I was witnessing was members of the public, people who had no business being in the Capitol during the shutdown, walking around the office buildings,” Spanberger said. “The manner in which these individuals would have entered the Capitol in the first place would have been if a member of Congress had made it possible.”

Loudermilk, a U.S. Air Force veteran and former member of both houses of the Georgia state legislature, was one of more than 120 Republicans who signed an amicus letter challenging the results of the 2020 presidential election and voted Jan. 6 against the certification of the Arizona and Pennsylvania Electoral College votes. In a December 2020 statement, he said he had “reasonable and significant doubts” that voters from his own state of Georgia “actually reflect the true will of the people.”

Loudermilk was also among a group of Republicans on the Housing Administration Committee who reviewed footage from the days leading up to January 6 and found, according to the January 6 committee letter, that “[t]There were no tours here, no big groups, no one with MAGA hats.”

In its May letter, the committee asked Loudermilk to testify about the January 5 tour. A week earlier it had taken the almost unprecedented step of subpoenaing five GOP representatives. They included House Minority Leader Kevin McCarthy (R-CA) and Rep. Jim Jordan (R-Ohio), both of whom are believed to have spoken directly to former President Donald Trump during the Capitol riots. In its subpoenas, the committee said recipients include “those who attended White House meetings, those who had direct discussions with President Trump before and during the attack on the Capitol, and those involved in the planning and.” coordination of certain activities on and before January 6.”