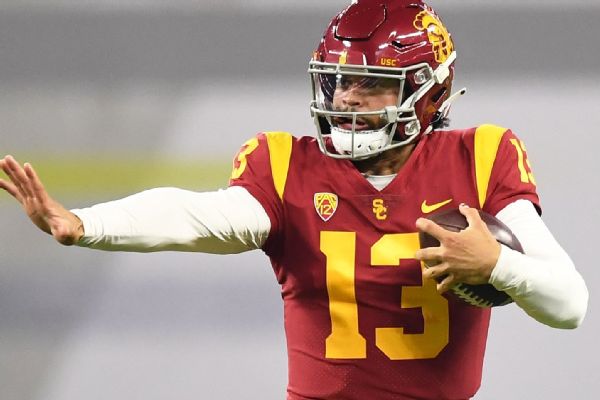 Offensive lineman Andrew Vorhees and defensive end Tuli Tuipulotu joined their quarterback to give USC more first-team players than any other school.

Williams, who was named AP Player of the Year last week, became the eighth USC player to win the Heisman over the weekend after scoring 47 touchdowns this season and leading USC to the Pac-12 title game.

The Trojans also had center Brett Neilon and cornerback Mekhi Blackmon selected for the third team.

The runner-up Wolverines will face TCU No. 3 in the semifinals of the College Football Playoffs on December 31 at the Fiesta Bowl. TCU quarterback Max Duggan and guard Steve Avila formed the second team.

How will Karen Bass use her emergency-declaration powers?