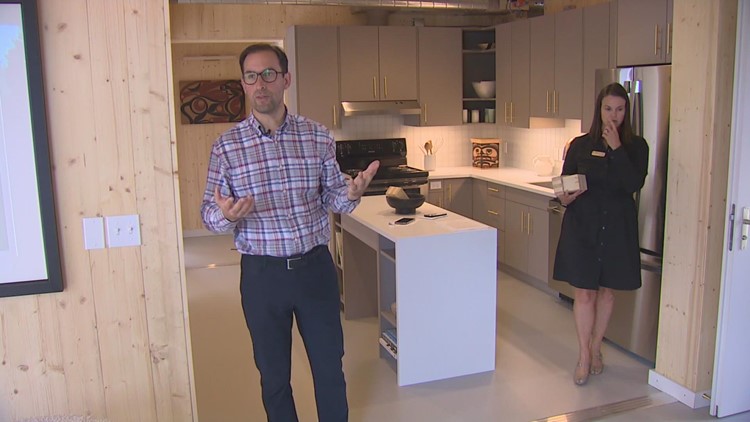 According to Forterra, the harvested wood will be used to build housing units for underserved communities like Tacoma’s Hilltop neighborhood.

TACOMA, Wash. – The US Department of Agriculture is investing $20 million in a project to bring low-carbon forest practices to Tacoma.

Announced at the TUPAC Community Center in the city’s Hilltop community, the project is part of a larger effort to find ways to expand markets for climate-friendly goods like cross-laminated timber.

The project aims to educate early adopters of the guidelines about the benefits of climate-friendly forest practices.

According to Forterra CEO Michelle Connor, these materials could be used to meet Tacoma’s need for affordable housing while building a relationship with tribal lands that is not based on exploitation and mining.

“This grant will allow us to have climate-friendly merchandise that connects our most rural communities, our indigenous and ecological knowledge with the heart and soul of neighborhoods like Hilltop,” she said.

Forterra says it has already begun this process by unveiling a prototype showing how Hilltop housing could look under this new framework.

Directly in front of TUPAC, a modular CLT multi-family home was erected with panels assembled at an Everett factory and then assembled on site.

Tobias Levey, Forterra’s vice president of transactions, says this process would allow homes to be built quickly and for less money.

“The material cross-laminated timber is more expensive, but it takes significantly less time. In this way, significantly more housing units can be produced per hour spent with the same workforce,” explained Levey. “Anything you can do to reduce that cost by moving it elsewhere will be an improvement there, and the data coming out of that experience supports that.”

Levey says underserved communities like Hilltop would traditionally be left with substandard products to make homes out of, but projects like this could reverse that trend and bring real justice to areas that need it most.

“The most common reaction to that was, ‘This is for us?’ And the answer to the question: why do you say that? It’s ‘well, because we always get the cheap stuff,'” Levey said. “This is a higher quality product, it’s cheaper to live in the long term, and it’s real social justice to make affordable housing the better way from the start.”

Construction is planned to start next year and be ready by early 2025.

Trump knew ‘violent mob’ was at Capitol before Pence tweet

Why Europe Hedges Its Support for Ukraine