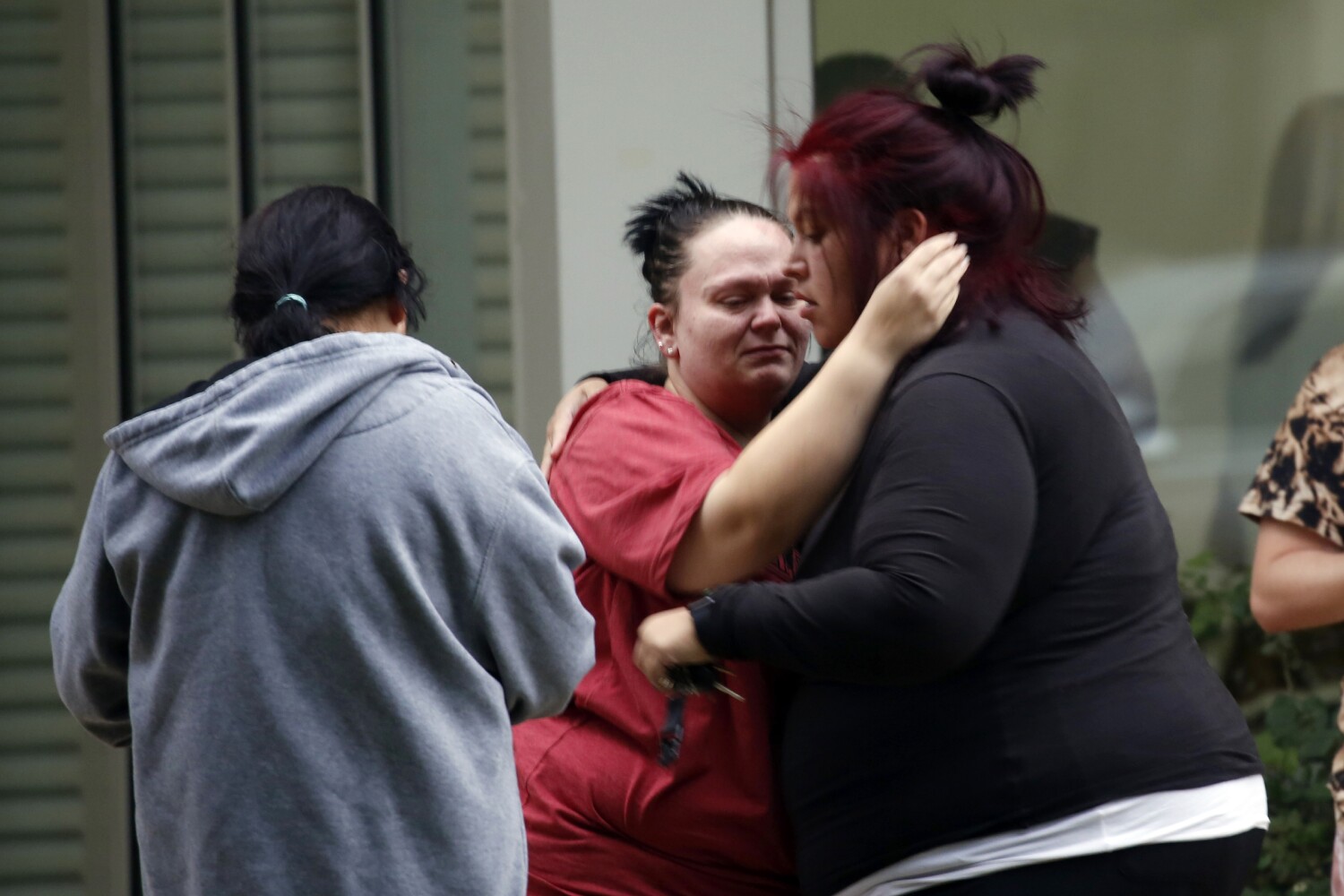 Dozens of friends and relatives of children missing Tuesday after the shooting at a school in Uvalde, Texas, gathered at the convention center in the middle of town.

Inside, officers took DNA samples and promised to confirm if their children were among the 19 dead when a gunman opened fire on an elementary school. Two adults were also killed.

At around 9:30 pm, officers led many back inside.

Zeke Luevanos, 43, an electrician, was driving from Odessa to visit his brother and sister, who each had a 9-year-old child who is still missing. He had just seen his niece and nephew last weekend at a family celebration in Uvalde for his father who died last week.

“They’re not doing well,” he said of his siblings, who had already provided DNA samples. “It’s a good city, a really good city. It’s just a waiting game.”

He stood under an oak canopy among other relatives and waited for news.

Officials say 18-year-old Salvador Ramos, armed with a handgun and possibly a rifle, entered Robb Elementary School in the working-class town of about 16,000 about 80 miles west of San Antonio. Cops are believed to have killed the shooter, who was a student at a nearby high school, Abbott said.

Lisa Cazares, 25, arrived at the convention center after unsuccessfully calling area hospitals in search of a friend’s 11-year-old daughter.

“I checked every hospital. I hope for the best, but this is scary. Your head doesn’t want to go there,” she said as she stood in the dark parking lot, waiting for news.

Cazares said her friend texted to say the girl’s class was the one the gunman attacked. “She’s scared,” Cazares said of her friend, whose husband is a car salesman and DJ.

Cazares brought her 4-year-old daughter and her husband to the convention center.

“There have been too many of these school shootings. All teachers should be able to carry, at least in a locked drawer,” she said. Her husband said schools need more police.

Convention center officials told those with children who were still missing late Tuesday that DNA identification would likely take two to three days and that the bodies would not be released for eight days, Lorinda Rios, 32, a local bailiff said to support friends with a missing child.

She said waiting for confirmation is “nerve-wracking, but some people have hope.”

The families knew that two unidentified children injured in the shooting were being treated at the University Medical Center in San Antonio, she said. “That’s what they hope: That they’re one of the two strangers at the university and not at the [morgue] trailer over there.”

As people came out of the convention center, a woman screamed. Other family members cried, including children.

“It’s a tragedy that this is happening in such a small town,” Rios said as she walked to her car with two friends.