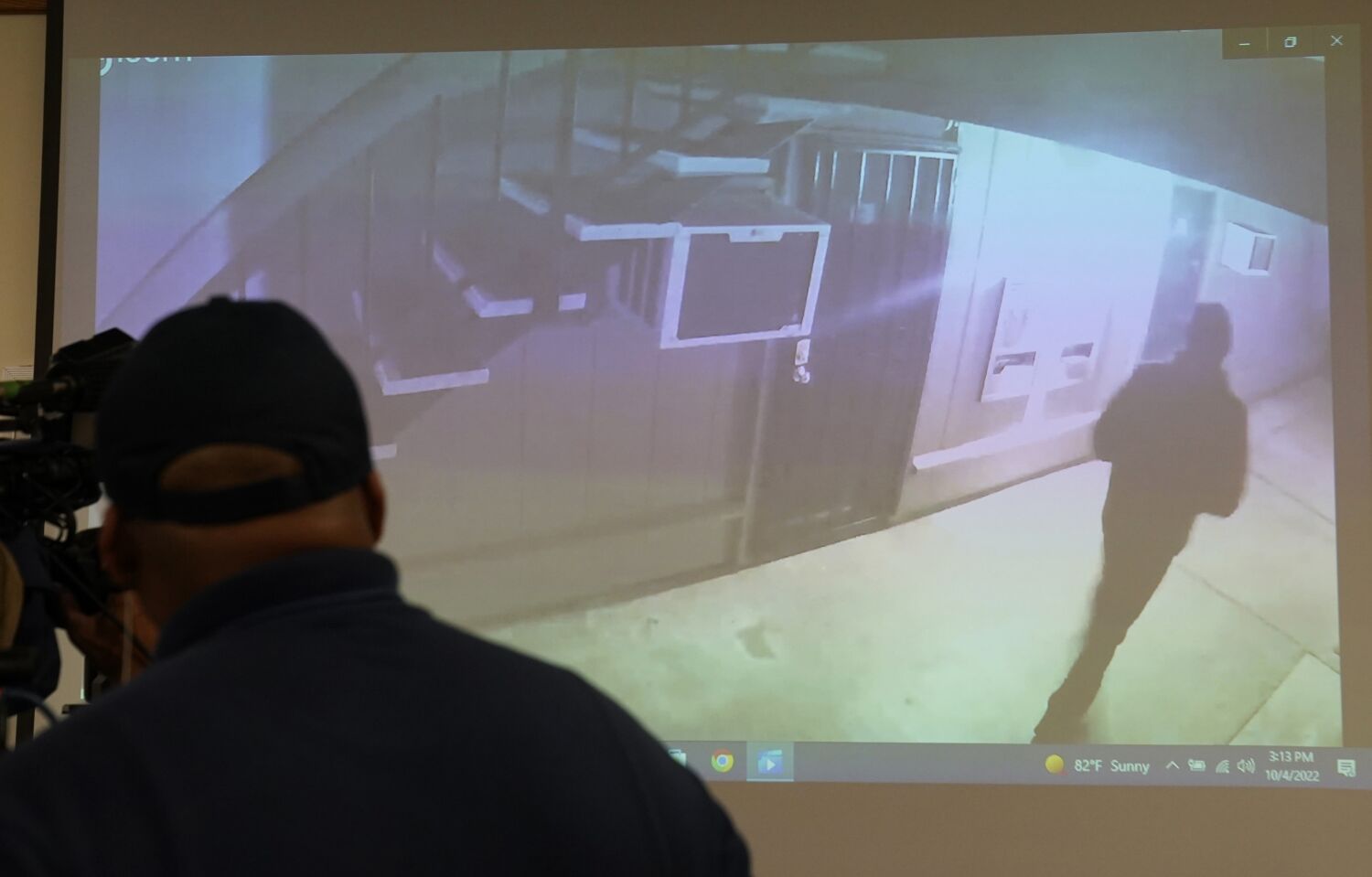 Five Stockton residents and now one Oakland man have been identified as victims of a possible Northern California serial killer, with the fatal shootings beginning last year and lasting through late September, authorities said.

“We think we may have a potential serial killer,” Stockton Police Chief Stanley McFadden told reporters at a news conference earlier this week. All victims were shot.

Police say they believe a murder in East Oakland and a non-fatal shooting of a Stockton woman last year appeared to be linked to a series of deadly shootings in the central California city that occurred between July 8 and August 27. took place in September.

The Oakland shooting occurred on April 10, 2021 near 57th Avenue and Harmon Avenue in East Oakland, according to the Oakland Police Department. Responding officers found Juan Miguel Vasquez Serrano, 39, with multiple gunshot wounds, officials said. He was pronounced dead at the scene.

Six days later, a black woman camping outside near Park Street and Union Street in Stockton was shot and wounded, according to police. The victim told police she heard someone outside her tent and was shot when she came out. The woman described the suspect as a man between 5ft 10 and 6ft, with a “thin build” and wearing a dark hooded sweatshirt with the hood pulled up, a COVID-style mask and dark pants.

Authorities don’t know exactly how many suspects are involved, but have released surveillance video of a “person of interest” in the case. Footage from multiple shootings appears to show the same person near the scene, but police have found no evidence linking the person to any of the incidents, McFadden said.

“We don’t know the motive. What we believe is that it’s mission driven,” he said. “This person is on a mission.”

Five of the six men killed were Latinos and were shot after dark with no evidence of a robbery, McFadden said, adding that the victims were men and women of different races and with both those with and without shelter.

“It wasn’t a robbery,” he said. “Items are not stolen. They don’t talk about gang activity in the area or anything like that. It’s just the element of surprise.”

Police said they had no specific information to suggest the shootings were hate-motivated. McFadden also said he has no answer as to why the shootings were paused more than 400 days between the April 2021 shooting and September this year.

Enzo Yaksic, founder of Northeastern University’s Atypical Homicide Research Group, said the suspect or suspects “fit the profile of the modern serial killer” because they target both male and female minority victims in a public space without much interaction. The killings also occurred in a small geographic area over a relatively short period of time and involved a firearm.

“Today, more serial killers behave like this unidentified person than the kind of killers we see on shows portraying Jeffrey Dahmer or Ted Bundy,” Yaksic said. “This perpetrator is not the typical serial killer that the public knows well.”

Authorities say a $125,000 reward will be offered to anyone providing information leading to an arrest. The boss urged the public to exercise extreme caution while the search continues for the suspect or suspects involved.

“We say all the time, be aware of your surroundings,” he said. “We say all the time if you’re going to be alone in the dark, be with someone else. All the time we say try to be in lighted conditions. My advice would be to just follow that. If you do, it is very unlikely that you will meet that person or people.”

United Farm Workers members march again to the Capitol, where their clout is growing