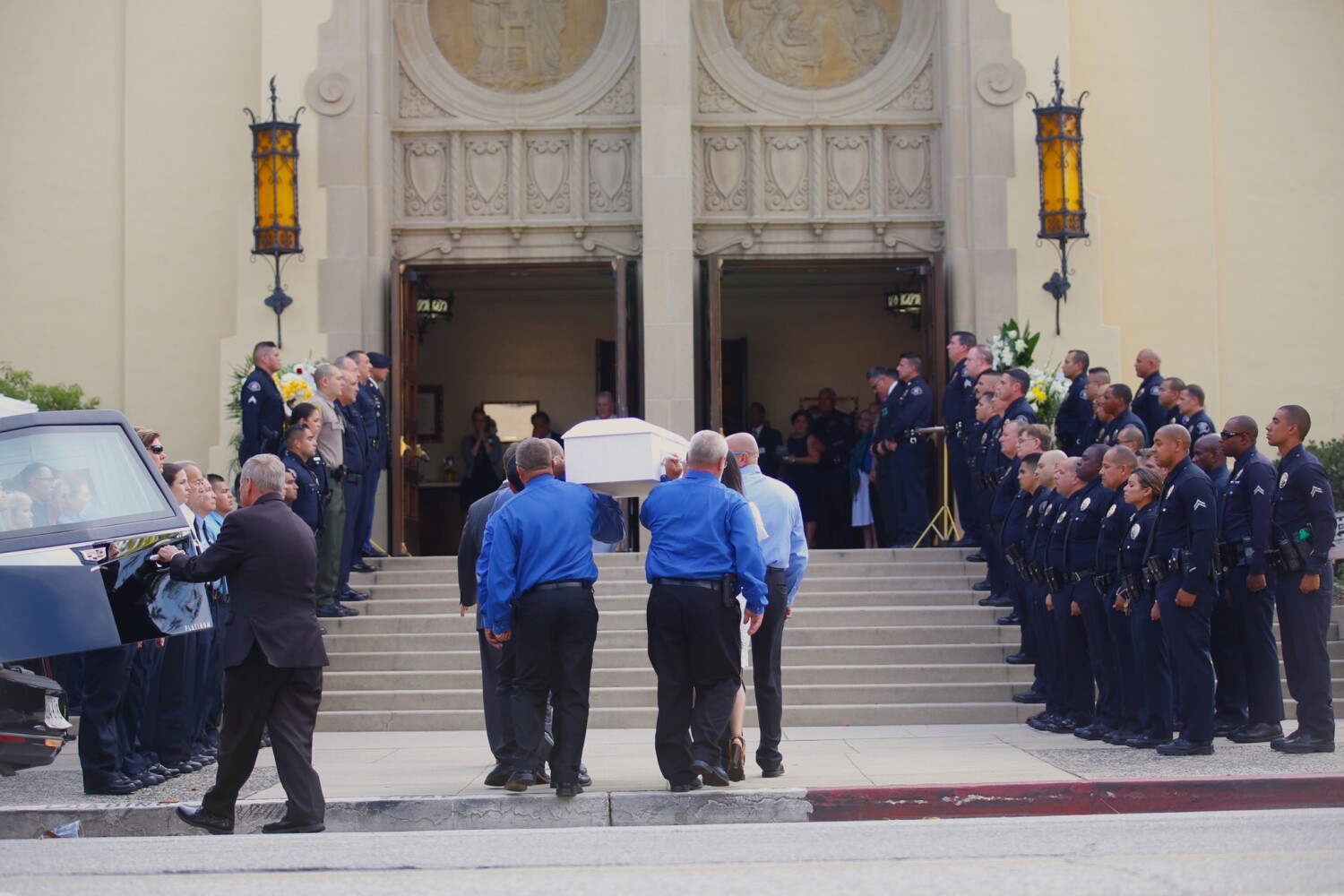 In late February, a Sacramento man shot dead his three young daughters during a court-ordered proctored visit to a church that their mother had asked a judge to authorize.

A Los Angeles man is serving 25 years in prison for choking his 5-year-old son in his car seat in 2017. He admitted one move was to punish his estranged wife, the boy’s mother, who was fighting for all custody.

Earlier this month, a 6-year-old boy and his mother were killed at their Baldwin Park home in a shooting that police say is linked to a domestic dispute with her boyfriend.

In the wake of this and other tragedies, survivors of domestic violence – including the mothers of murdered children – are pushing for reform of California’s family court system when it comes to custody and visitation processes. In numerous cases, they say, judges and arbitrators have dismissed their requests and ignored red flags about abusive spouses and guardians.

Earlier this week, survivors of violent crimes stood alongside Senator Susan Rubio (D-Baldwin Park) outside the Sacramento Capitol to urge courts to better recognize signs of abuse and err on the side of child safety when it comes to child custody deals .

Currently, the court system is too focused on balanced custody for both parents, regardless of whether one parent — usually the father — has a history of domestic abuse and violence, Rubio said.

“The fact is, victims and their children may be at greater risk during the separation than when they have a restraining order,” Rubio said at a news conference Monday. “Their abusers are angry and will do anything to harm them, ruin them, attack them, kill them and even kill their own children in retaliation. The system let them down.”

A Rubio bill making its way through the legislature would require training for judges and other mediators to detect domestic and child abuse and, in some cases, ban forced family reunification services. The bill would also allow California to receive up to $25 million in new federal funding to “priority child safety” in divorce and custody cases.

SB 616 is known as “Piqui’s Law” in honor of Aramazd Andressian Jr., the 5-year-old affectionately known as Piqui who was killed by his father in 2017.

Speaking tearfully alongside Rubio in Sacramento, his mother, Ana Estevez, said the court denied her request for sole custody of her son because “custody should be shared fairly” and therefore she could not protect him.

“During his confession, he admitted that he hated me and wanted to hurt me. And he did. He hurt me in the deepest and most inhuman way. He took the only thing that mattered most to me in this world – my only child,” Estevez said of her ex-husband. “Being a survivor of a violent crime also carries a life sentence. For me this sentence means having to live my life without my son.”

Since 2008, there have been 851 known cases in the United States of children killed by a parent or guardian during a divorce or separation, according to the Center for Judicial Excellence, a nonprofit in San Rafael, California that advocates for children involved in the family court system .

Kathleen Russell, executive director of the Center for Judicial Excellence, said many cases in which parents kill their children during divorce or custody hearings can be prevented. She advocates a focus on judicial reform and accountability, as has been promoted for the police in recent years.

She pointed to a 2019 report by the California auditor that highlighted various failings by the Commission on Judicial Performance, the only regulatory body responsible for investigating complaints about judges and court handling.

Accountability is particularly important, Russell said, as women are often financially abused in domestic violence situations – meaning they are less likely to be able to find a lawyer during custody hearings.

“The courts just don’t recognize the dangers of domestic violence and child abuse that are so common, and they have that immunity where they can pretty much do whatever they want and not be held accountable,” Russell said . “Children are essentially treated as marital property in family courts, not as people. Children have a right to be safe in their homes and grow into adulthood.”

Rubio also called for better enforcement of restraining orders and stricter rules on child visitations, saying the system has failed people like Ileana Gutierrez, whose daughters, ages 9, 10 and 13, were adopted by their father in Sacramento along with the were gunned down in court – an appointed caretaker assigned to oversee their visits.

The case shed light on the gaps in enforcement, as David Mora – who killed himself after the attack – was able to maintain visits to his children despite a history of documented violence and mental health problems. He was also able to acquire an AR-15 style rifle, which he used to kill his daughters despite gun restrictions for those with restraining orders.

Gutierrez had obtained a restraining order against Mora, which was granted, but the court denied her request for the same for her children.

She stood next to Rubio outside the Capitol on Monday, crying and wringing her hands and wearing a T-shirt with a picture of her smiling daughters Samia, Samantha and Samarah.

“This mom will never see her kids graduate high school, go to college, fall in love and walk down the aisle. She was robbed,” Rubio said of Gutierrez. “I’m not just sad, I’m angry. I’m really angry that our children continue to die at the hands of their abusers.”

Jeweler victimized in Brink’s heist: ‘I was torn apart’

Musician Tommy Lee Explains Why He Posted Explicit R Rated Pictures Of His Manhood-‘I Went On A Motherf–king Bender, Bro’