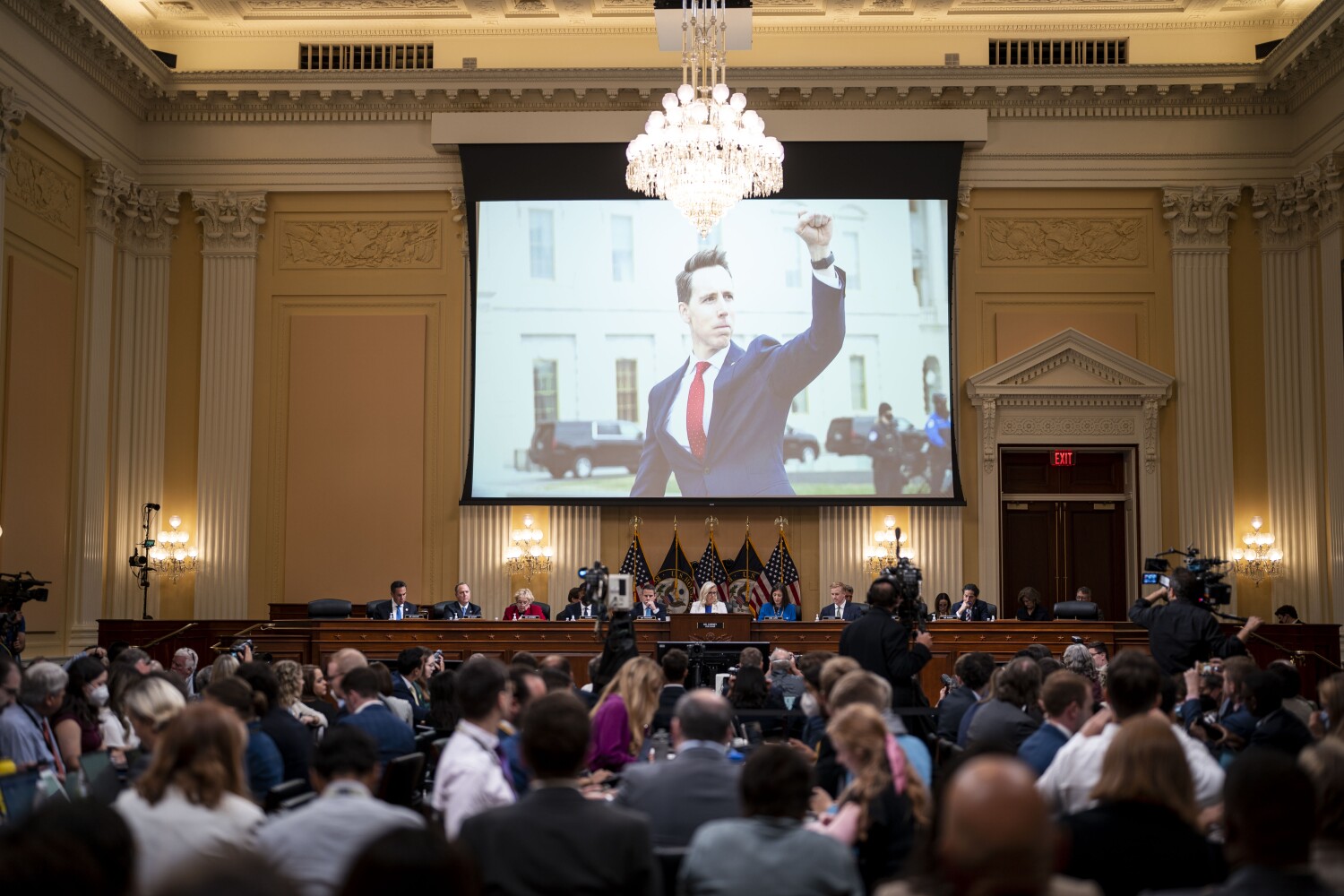 Senator Josh Hawley, who raised his fist in solidarity with protesters in the Capitol on the morning of January 6, ran from the violence later that day. Hawley’s flight was captured in photos and video presented at Thursday’s congressional hearing on the 2021 riot.

“He raised his fist in solidarity with the protesters who were already gathering at the security gate,” said Rep. Elaine Luria (D-Va.). “We spoke to a Capitol cop who was out there. She told us that Sen. Hawley’s gesture upset the crowd and worried them greatly because he was doing it in a safe place, protected by officers and cordons.

“Later that day, Sen. Hawley fled after the protesters he was helping to anger stormed the Capitol,” she said, pointing to video showing Hawley storming the halls of the Capitol.

What were the main takeaways from Thursday's Jan. 6 hearing?

U.S. men hope to break through in 4x100-meter relay

17 dead, including infant, after boat carrying Haitian migrants sinks off coast of the Bahamas

Sri Lanka Economy to Contract by More Than 6% in 2022, Central-Bank Governor Says