Who are the cast of Virgin River? Based on the novels of the same name by Robyn Carr, Virgin River has had us all hooked since it first debuted on Netflix in 2021. Over the course of three seasons, we’ve laughed, cried, and fallen in love with some pretty memorable characters.

The series tells the story of LA nurse Mel Monroe who moves to Virgin River for a new start, and often explores the dramas between her new neighbors. But who are the real actors behind the fictional community? The cast of Virgin River includes many impressive performers who have had long careers in both film and television. Some have worked in horror films. Others are award winners. In this guide, we’ll go through the main cast of the series to give you a glimpse of who’s actually behind your favorite romance series characters.

While our list doesn’t include everyone, we’ve gone through the original members who are still around and will appear in Virgin River Season 4. We break down their characters, their work to date, and their current upcoming projects. So without further ado, here is all the information you need to know about the Virgin River cast.

Who is the cast of Virgin River: 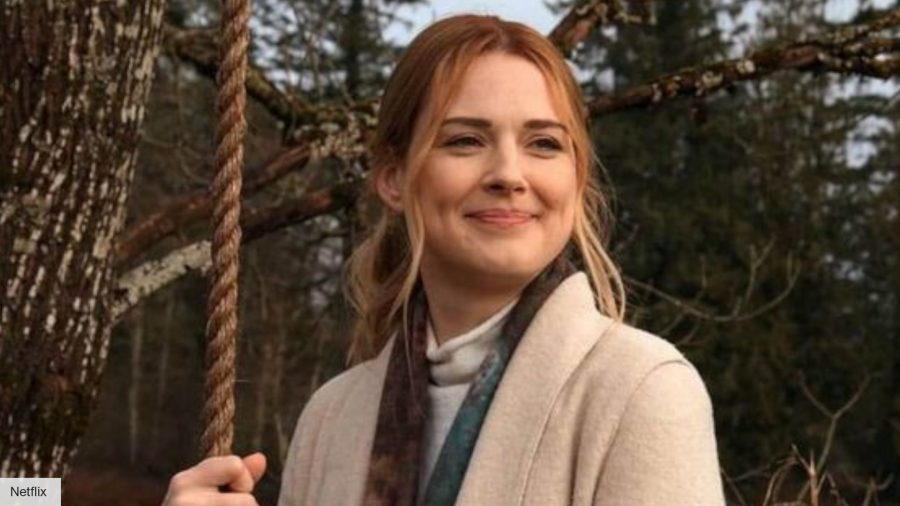 She famously played Sophie in This is Us. She is also a veteran horror actress having appeared on shows such as The Walking Dead, American Horror Story, Buffy the Vampire Slayer and True Blood.

However, television is not her only strength. Breckenridge has been announced as the lead in upcoming thriller In Limbo. Of course she will be back in the next season of Virgin River!

Where would Virgin River be without its heart-pounding bartender? Martin Henderson stars in the series as Jack Sheridan, the ex-Navy bar owner who suffers from PTSD. He is Mel’s love interest and possibly also her baby daddy after the events of Season 3.

Henderson began his acting career at the age of 13, appearing in television series such as Strangers, House and Grey’s Anatomy. Aside from television, he has acted in a number of films, most recently in the A24 horror film X as Wayne Gilroy.

Virgin River is packed with drama, and season 4’s biggest hit is that the father of Mel’s baby could possibly be dear old Mark. We often see Gillies as the character in flashbacks since Mark is Mel’s late husband.

Aside from haunting Mel’s memories in Virgin River, Gillies has appeared on a number of hit shows. Fans may recognize him as the vampire Elijah in The Vampire Diaries and The Originals. He’s also starred in a Marvel film and played John Jameson in Spider-Man 2 (it seems like playing the handsome “other man” is his thing).

Gillies has also gone behind the camera in his career. In 2012 he wrote, directed and starred in the film Broken Kingdom with his ex-wife Rachael Leigh Cook. He also directed an episode of The Originals in 2018, so who knows? He may also lend his cinematic talent to Virgin River season four.

Colin Lawrence plays none other than Jack’s marine BFF and Cook Preacher. But don’t let his culinary skills fool you; A main character for three seasons, Preacher was even drugged and kidnapped in the show’s final entry.

Aside from returning for Virgin River Season 4, Lawrence holds a number of credits to his name — most notably those of sci-fi credibility. He is known to have played Skulls in the rebooted sci-fi series Battlestar Galactica, appeared in the Blade series, Endgame and iZombie.

You might also recognize him as Coach Clayton from Riverdale or from his role in the DC film Watchmen – directed by Zack Snyder.

Dan Brady, the community troublemaker (who is currently in the midst of a major crisis), is played by none other than Benjamin Hollingsworth. For those of you unfamiliar with Dan’s legal troubles in Virgin River, the gun that shot Jack in season 2 ended up in dear old Dan’s car (spicy, huh?).

The heat: The best love movies

Hollingsworth is on the Virgin River season 4 cast list, so we’ll see him get to grips with the episodes soon enough. Meanwhile, fans can see his past work on a variety of TV shows.

Over the years, Hollingsworth has appeared on CSI: Miami, Once Upon a Time, The Tomorrow People, and Code Black. However, he is best known for his role as Kyle Durant in Suits.

Although Annette O’Toole did not appear in Season 3 of Virgin River, she has confirmed that she will be back in Season 4 to play the role of Hope McCrea (yay). Hope is the proactive Mayor of Virgin River who, when not interfering for the greater good, also has a romantic relationship with Doc.

O’Toole has had a long career in film, television and even music. In 1983, she played Clark Kent’s love interest in Superman III. In the ’90s she starred in the mini-series adaptation of Stephen King’s novel It. And in 2001, 18 years after her role in Superman, she returned to the DC world and played Martha Kent on the television series Smallville.

In addition to her busy life as an actress, O’Toole also has a musical partnership with her husband, Michael McKean. One of the tracks the two wrote together, titled “A Kiss at the End of the Rainbow,” was nominated for an Oscar for the film “A Mighty Wind.”

Doc Mullins is Virgin River’s grumpy doctor who, shall we say, wasn’t particularly pleased when Mel first moved to town. Season 3 may have hinted at his retirement due to ill health, but don’t worry, the Doctor will continue his run on the Virgin River.

The voltage! The best drama movies

Before becoming The Good Doctor, Matheson had an impressive career on screen and behind the camera. He is an actor and director. As an actor, Matheson has won two Primetime Emmy Awards for his role in the 2000 drama series The West Wing. Other credits include Hart of Dixie, Child’s Play, Red Line and No strings Attached.

Mel’s memory of Mark isn’t the only thing troubling her and Jack’s relationship. Charmaine Roberts is Jack’s ex who also happens to be the mother of his unborn twins. Although Charmaine is newly married in Season 3, in the show’s future she will put her head into drama and fight for paternal rights with Jack.

Lauren Hammersley plays the role of Charmaine in the Netflix series, but this isn’t her first rodeo in TV and film. Hammersley started acting at age 12 after appearing in an ad campaign for Fantastic Sand Surprises (if you’re a ’90s kid, this was the toy you never got to see).

Back in time: The best TV shows of the 90s

Since then, she has starred in shows like Mr D, Saving Hope, and the sci-fi series Orphan Black. In addition to her on-screen experience, Hammersley also worked as a full-time photographer, so we can see her taking on more crew-related roles on the production.

And there you have it, the cast of Virgin River. For more binge-worthy content, here’s the cast of Bridgerton and everything we know about Outlander Season 7.

https://www.thedigitalfix.com/virgin-river/cast Virgin River cast – who are the stars of the Netflix series?

Ukraine Is Struggling to Export Its Grain, and Here’s Why

These weird products are the very definition of clever

Omarion CRITICIZED For Eating WATERMELON On Stage During Verzuz Battle!!

Men review: a gory horror movie with many questions and no answers