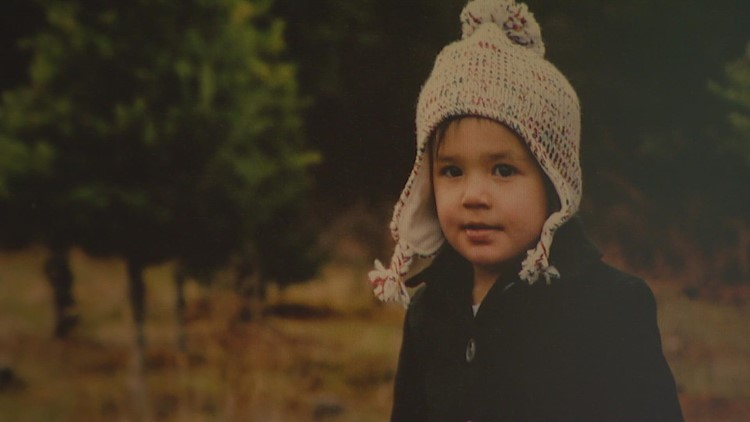 GRAYS HARBOR COUNTY, Wash. — Five-year-old Oakley Carlson has not been seen safely since February 2021, according to detectives with the Grays Harbor County Sheriff’s Office.

Carlson’s disappearance has sparked community searches, a reward and a new foundation.

Richards, of Massachusetts, heard about Oakley’s case when Oakley’s parents were first named as people interested in her disappearance in December 2021.

Her foundation, Light the Way Missing Person Advocacy Project, is hosting a fundraiser for Oakley Carlson’s rewards account in McCleary on Saturday night. According to Richards, the reward for information leading to Oakley’s whereabouts is more than $25,000. She wants to double the amount offered by the end of the year at the latest.

Oakley’s parents, who are currently serving child endangerment sentences related to charges related to their other children, are scheduled to be released from custody in the coming months. Oakley’s mother, Jordan Bowers, has a release date set for next January. Oakley’s father, Andrew Carlson, will be released from the Grays Harbor County Jail on August 3.

Detectives said they fear Andrew Carlson may leave the area or even destroy evidence in Oakley’s case.

“Anger is the most striking emotion I have,” said Jamie Jo Hiles, Oakley’s former foster parent.

Hiles hopes that increasing the reward, as well as raising awareness of Oakley’s disappearance, could help bring justice to her case.

“It has to be widespread,” Hiles said. “This little girl is missing and wronged.”

Get your hot dogs (and much more) here. A guide to eating at Dodger Stadium

I-90 WB at Mercer Island reopens after weekend closure

A GOP Faction Votes Against Ukraine