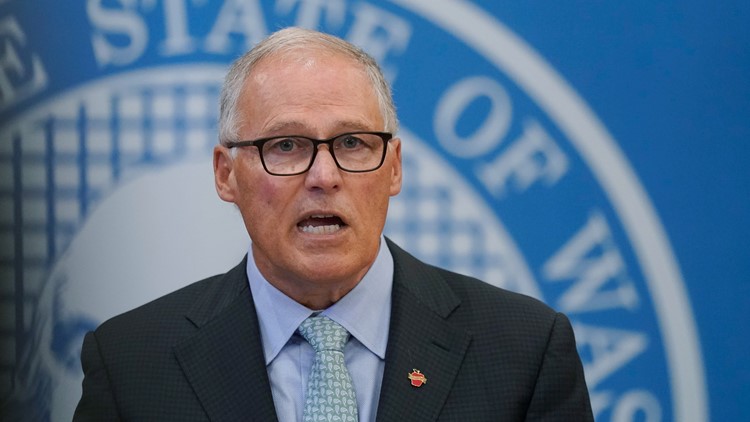 Gov. Jay Inslee’s approval rating has dropped to 47% among Washington voters, according to the WA poll.

“We know that steps he’s taken to protect Washingtonians during the pandemic have certainly had an impact… Some people have been comfortable with that [his decisions], some people weren’t happy with them,” McClellan said. “And so it’s generated a certain passion on both sides, both those who support them and those who oppose them.”

Gary Locke, former Washington governor, US Secretary of Commerce under the Obama administration and political analyst for KING 5, noted that COVID fatigue and voter frustration over crime, homelessness and rising prices may culminate in Inslee’s lower approval rating.

“It’s very difficult for any person to address these issues,” Locke said. “Often, many of which are beyond their control, certainly at the local or state level, but nonetheless voters take it out on their elected officials. They have high expectations as they should. It’s a sobering reminder for elected officials to really try to speak out on the issues that concern ordinary people.”

President Joe Biden’s approval rating has also fallen at the national level. The WA poll shows that just 43% of Washington voters approve of the work Biden is doing as president, while 53% disapprove. Around 4% are unsure what they think of Biden’s job as president.

Biden’s approval rating is five percentage points lower than the November 2021 poll of Washington voters. Democratic approval improved by one percentage point to 79% in 2022. However, Republican disapproval has increased, with 91% disapproving of Biden, a significant increase of 78% in 2021.