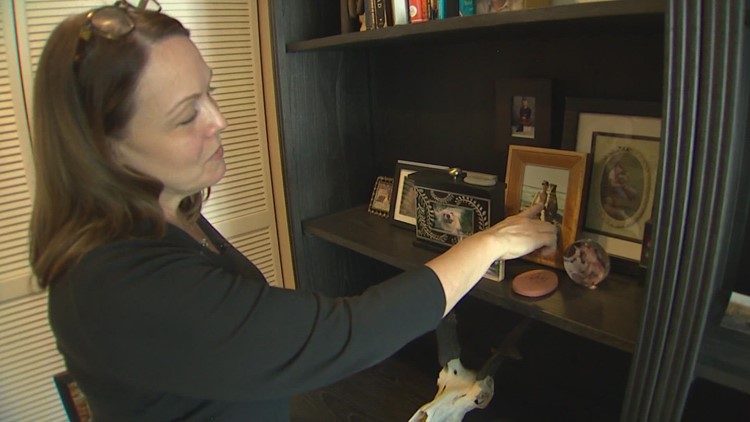 Overdose deaths are on the rise, not just in western Washington but across the country.

SEATTLE — The latest data from the Centers for Disease Control shows more than 100,000 people died from drug overdoses last year. On Monday, organizations from 24 states came together to remember loved ones and call for a change in policy.

“This is Andrew when he was, oh god, probably nine years old with his little dog,” Marlys McConnell said.

Her son Andrew was a chef in New York. They called him the dancing cook.

“He was dancing around and whipping things up and it was amazing, people loved it,” McConnell added.

He was 27 when he died of an overdose. Now, seven years later, McConnell is still working to keep her son’s memory alive.

“Basically, we sit here and watch a broken system let our children and loved ones down for years, dying from drug use,” McConnell said.

She is one of many Washington moms who work for the national organization Trail of Truth.

“We want the government to take action and are frustrated by the lack of action,” Trail of Truth organizers said on a Zoom call today.

The organization announced a partnership with more than 70 organizations from 24 states. They demand immediate access to treatment and non-discriminatory medical care.

“I have a feeling that if he had these things more readily available to him, he could be here today,” McConnell said.

According to the Health Department, there have been 489 drug- and alcohol-related deaths in King County so far this year. As of 2021, fentanyl was the number one killer.

“You feel hopeless sometimes, sometimes you’re angry because there never seems to be the help he needed when he needed it,” said Kristie, who requested that we not use her last name.

Ever since he was a teenager, she had struggled to find treatment that would address his drug use and mental health.

“The more voices there are, the greater the opportunity for change,” Kristie said.

She’s one of the many moms like McConnell who are joining forces to make a difference across the country. McConnell plans to travel to Washington DC with Trail of Truth in September to call for this policy change.

They plan to publicly honor the people who have died from drug overdoses to reduce that stigma.

The cadence of war and its human toll: A photojournalist’s perspective