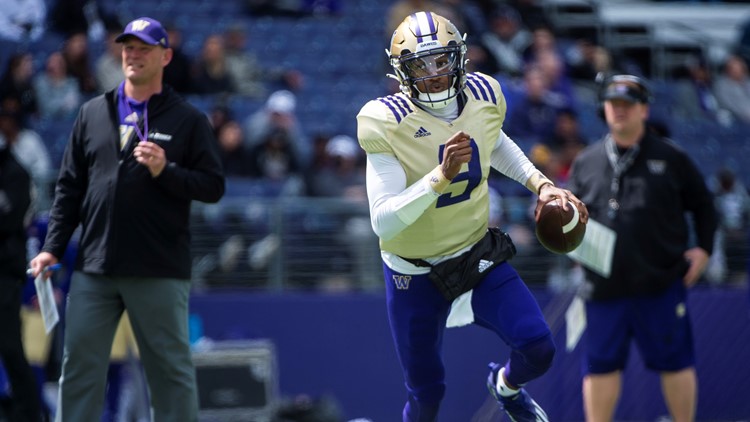 Penix, an Indiana transfer, was seen as the frontrunner for most of the offseason, competing with Dylan Morris and Sam Huard.

“He just had a really great camp and he’s been consistent from the start of Spring Ball to where he’s at now,” DeBoer said. “He did a great job to deserve it.”

Penix, who qualifies as a junior, had an injury-riddled career in Indiana before deciding to switch after last season.

Penix knows DeBoer’s system best, having played for him with the Hoosiers in 2019. As a freshman, Penix threw for 10 touchdowns in just six games before injuries took over. Penix has never played more than six games in a season.

“I just wanted to be somewhere where I would be comfortable and able to become a better person and a better player, and I felt like that was definitely a place,” Penix said. “Having been under coach DeBoer before, I know some of the things that he brought to the table and how he wants things to go and I wanted to be a part of that.”

DeBoer said Morris would be the primary backup while Huard served as the third QB. Morris started in 15 games over the past two seasons but was blamed for an offense that underperformed last season.

Huard came to Washington as a highly acclaimed recruit with significant family ties to the program. He got his first career start against Washington State in the Apple Cup last season and struggled.

Raheem Morris on Rams’ McVay: ‘This is most adversity he’s had’

Kawhi Leonard close to returning from injury for Clippers