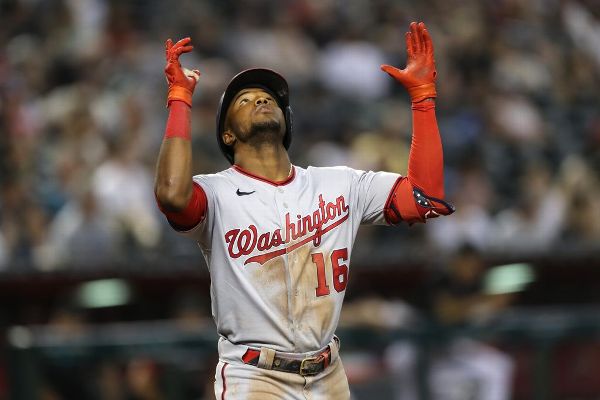 Sorry, skip, it appears that Washington Nationals outfielder Victor Robles is siding with the NBA superstar on this one.

Robles was caught with a clown nose by dugout cameras Sunday, a day after Arizona pitcher Madison Bumgarner called him a “clown” for briefly admiring his eighth-inning homer in Washington’s 7-2 loss.

“I did not see it. I heard about it,” Martinez said. “I will talk with him. We are not. It happened, it’s over, I don’t want to see anything like that.”

The incident began on Saturday when Bumgarner took offense at Robles, who was admiring a solo shot that put the Nationals 7-2.

“Clown,” said Bumgarner. “No shame. It’s 7-1, you hit your third homer of the year and you’re acting like Barry Bonds breaking a record. Clean it up. I don’t care about giving up the run. Heck, we won 7-2 or 8-2, whatever it was. It’s frustrating.

“I’m the grumpy old guy. I know. But things like that never happened before.”

'Like Godzilla over my house': Residents recount terrifying moments as Oak fire rages

16 Long Sleeve Polo Shirts That Will Make You Look Hotter

Sacha Kljestan pleas for Congress to act after mass shooting

Are the 2022 hosts ready for this winter?