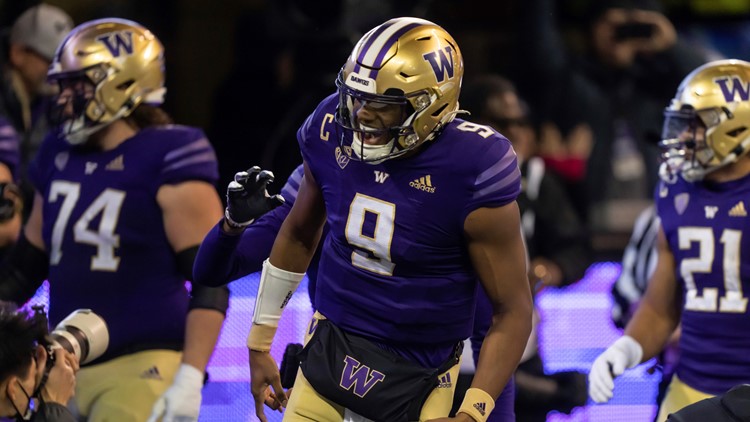 Washington quarterback Michael Penix Jr. said Sunday he will return to the school for his sixth and final season of eligibility in 2023.

SEATTLE (AP) — Washington quarterback Michael Penix Jr. said Sunday he will return to the school for his sixth and final season of eligibility in 2023.

Penix announced its decision on social media and it was a surprising one. Penix led the national passing game this season, throwing for 4,354 yards and leading Washington’s turnaround. The 12th-ranked Huskies finished 10-2 in the regular season, tied for second in the Pac-12 and meet No. 21 Texas in the Alamo Bowl.

Penix has a chance to set Washington’s record for single-season bowl game yards. He also threw 29 touchdowns this season. Based on his performance this season, Penix saw his NFL draft stash grow to the point where he was expected to be a pick by day two at the latest.

In his announcement, Penix wrote: “As I look back on this special season we’ve had, I realize there have been so many great moments and things to celebrate, but I KNOW there is so much to do for this team, and the job is still not done. I can’t wait to play at Husky Stadium in the 2023 season!”

The BEST news we could have gotten as Husky fans this season!!!

Beginning his career in Indiana, Penix has had flashes of glory while also battling injuries. After the 2021 season, he moved to Washington, a move that reunited him with the new Huskies’ coach Kalen DeBoer, who was Penix’s offensive coordinator in Indiana for a season.