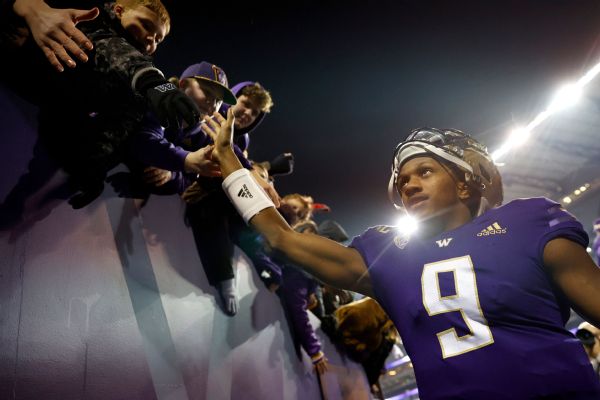 Washington quarterback Michael Penix Jr., the national leader in passing yards, will return to the Huskies for the 2023 season, he announced Sunday night.

In a video posted on social mediaPenix said: “Looking back on this particular season, I realized there were so many great moments and things to celebrate, but I certainly KNOW there is so much more to this team and the job is still not ready. I can’t wait to play at Husky Stadium again for the 2023 season!”

No. 12 Washington went 10-2 under coach Kalen DeBoer as a freshman and meets Texas on Dec. 29 at the Valero Alamo Bowl.

Penix started his career in Indiana, playing under DeBoer in 2019 before moving to Washington and rejoining him after the 2021 season.

He competed as a redshirt in Indiana in 2018 and will use the extra season of eligibility in 2020 to play one final year for Washington.

Penix has suffered several serious injuries throughout his collegiate career, and a jump into the NFL seemed likely after he rushed for 4,354 yards with 29 touchdowns and seven interceptions this fall.

Instead, he will return to a Washington team that improved by six wins in DeBoer’s freshman season and is second in the Pac-12 in a three-way tie. Penix is ​​only the second Washington player to surpass 4,000 yards in a season and needs 105 yards in bowl play to set the school’s single-season passing record.