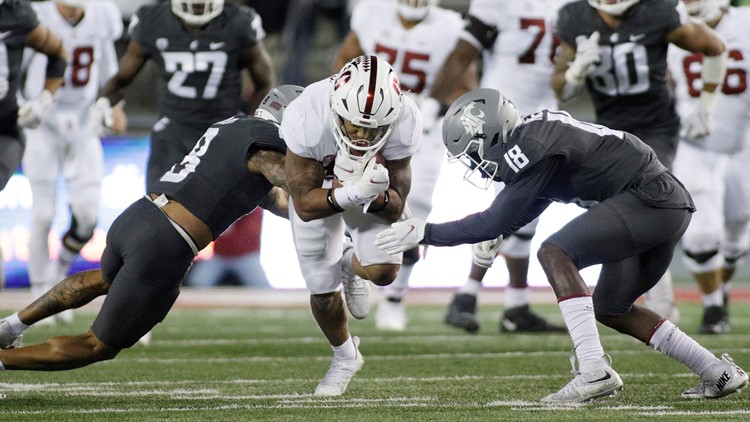 WSU is visiting Stanford Saturday for a matchup of the Pac-12 teams battling for bowl eligibility. The Cougars need two wins in their last four games to get there.

Line: Washington State at 4 1/2, according to FanDuel Sportsbook.

Washington State is nearing Bowl eligibility with just two more wins to go. The road ahead for Stanford is a bit more challenging, with the Cardinal needing to win three of his last four to qualify for the postseason.

Stanford’s running game is battered by injuries and has to face the situation. Walk-on Caleb Robinson, an afterthought early in the season, made his first start last week and left the game injured. His status against the Cougars is unknown, but the Cardinal is quickly running out of healthy options. That’s great news for a Washington State team that concedes 129.3 yards per game on the ground.

Washington State: QB Cameron Ward is averaging 273 yards per game and has already thrown 17 TD passes. Ward completed 87.1% of his passes in a loss to Utah last week.

Stanford: K Joshua Karty is 14-to-14 on field goal attempts this season and was named Special Teams Player of the Week for the third time this year. He is the first player in the Pac-12 since 2018 and the first Cardinal since 1987.

Four of the Cardinal’s five losses were against ranked opponents. … Washington State has lost three straight games since a 28-9 win over California. … The Cougars lead the Pac-12 with an average of 20.8 points allowed. … Stanford has lost its last five games to Washington State. … Both teams average 23.6 points per game. … Stanford is 3-0 this season if he allows 19 points or fewer. … Washington State LB Daiyan Henley is second in the Pac-12 averaging 10 tackles per game. … LB Levani Damuri leads the Cardinal with 52 tackles, two for losses, an INT, a forced fumble and a sack.

Analysis: UCLA’s move to Big Ten is a win before kickoff for Martin Jarmond and Bruins