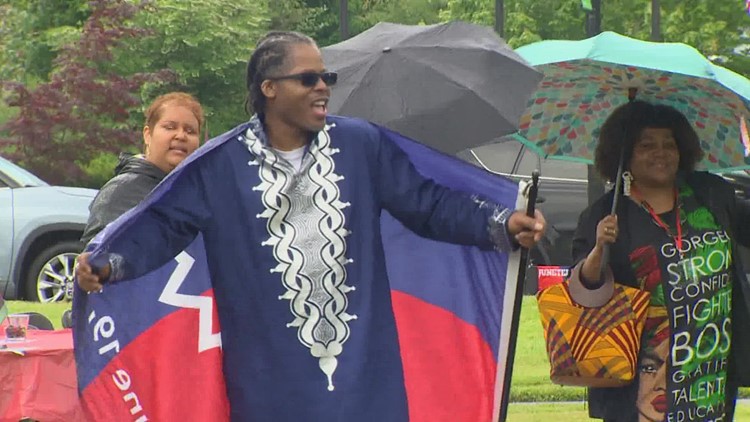 Monday is the first day for a new paid holiday – June 16th.

Complete with food, music, speeches and poetry, state employees and community members marked the first state celebration of the latest paid holiday on the Capitol campus on Thursday.

Morgan was the main sponsor of the 2021 bill making June 16 a paid public holiday for state employees.

June 19 commemorates June 19, 1865, the day slaves in Texas learned they had been freed by the Emancipation Proclamation more than two years earlier.

Morgan first introduced the legislation making it a state holiday in 2020, but it wasn’t passed until 2021.

Morgan said initially a number of lawmakers opposed the move because of the potential cost to the state. Adding a new paid leave would cost the state an estimated $7.5 million, the governor’s budget office estimated.

“When will it be cheap enough for us to celebrate those who have preceded us in these atrocities committed against them?” said Morgan.

Washington is one of only 18 states that offers its public employees pay for the day off. Others are Oregon, Colorado and Texas.

Morgan said she hopes the number will increase by June 16 next year.

Langer's Deli will celebrate its 75th anniversary with half-price sandwiches

How Biden Can Prepare for a Midterm Election Bruising