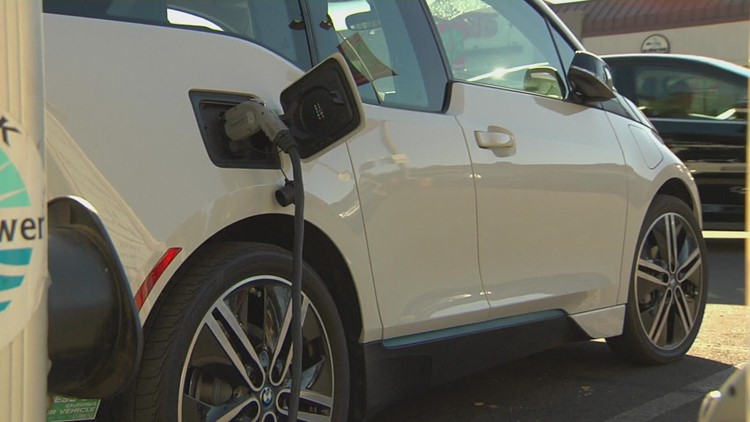 California on Wednesday announced a plan to ban the sale of new gasoline-powered cars by 2035, and Washington state said it will also adopt the rules.

SEATTLE – The transition from gas to electric is gaining momentum. California on Wednesday announced a plan to ban the sale of new gasoline-powered cars by 2035, and Washington state said it will also adopt the rules.

Governor Jay Inslee tweeted Wednesday“We are ready to adopt California regulations by the end of this year.”

“This is a crucial milestone in our fight against the climate. Washington has a legislative goal for all new car sales to be zero emissions by 2030, and we’re ready,” Inslee said.

“Whenever they issue a new rule, we have a direction to follow,” said Joel Creswell, climate policy chief for the Washington Department of Ecology. “States can either set their own limits that conform to federal rules, or they can conform to California rules.

Washington State said in 2019 that the state would adopt California’s zero-emission vehicle regulations under the Federal Clear Air Act.

Creswell is working to create these rules and ensure Washington State is on track to comply with them. The state recently hit a milestone with 100,000 electric vehicles on the road.

“A big part of the reason they’re here is because California led the way and said, ‘Okay, automaker. It’s time to start selling more and more electric cars in California, and no one wants to miss out on a California market.”

Transportation accounts for nearly half of Washington’s greenhouse gas emissions.

What is coming is a technical challenge to set up charging stations and infrastructure. Creswell said money from the federal Infrastructure Act and the Inflation Reduction Act will help.

“The whole network that we need to deliver fuel going into our cars is a completely different system, but once we have that system in place, the real benefit of electric cars is aside from being good for the environment are, in that they’re cheaper, they work,” Creswell said.

That’s one of the reasons Creswell is confident that electric cars won’t be out of reach when it comes to affordability.

Creswell also said he expects costs to come down as supply increases.

“We see that these costs will continue to decrease in the future, especially as the number of models increases. We have more used cars available and yes, we believe electric cars are indeed becoming the more affordable options,” Creswell said.

The state will publicly comment on the new rule, which will go into effect on September 7th.

They made good money but left L.A. because it didn’t go far enough