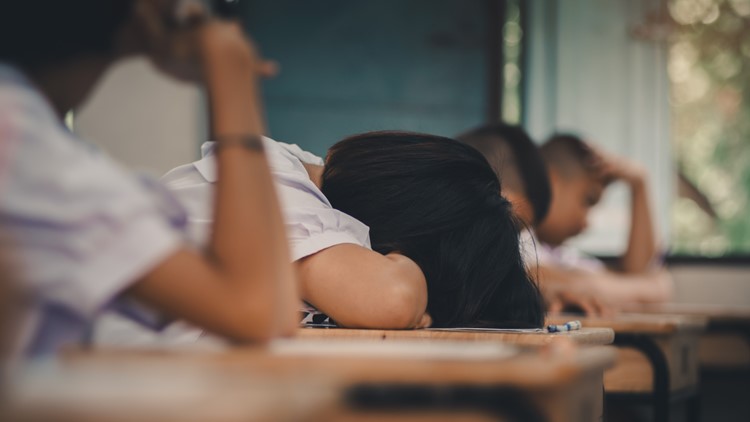 Students in Washington state will be allowed to take as many excused absences as necessary for mental health reasons beginning in the 2022-23 school year.

OLYMPIA, Washington — Students in Washington state will be able to take time off school for mental health reasons beginning in the 2022-23 school year. The changes stem from a new state law designed to support students who are struggling.

Under the new law, which went into effect on June 9, students are allowed to have as many excused absences from school as necessary for mental health reasons without requiring a medical certificate or diagnosis.

House Bill 1834 required the Office of the Superintendent of Public Instruction (OSPI) to direct schools to allow excused absences on mental health grounds and to work with advisory committees to develop and publish the guidelines.

The changes come after Gov. Jay Inslee declared a mental health crisis for youth in March last year. Inslee’s proclamation, issued in March 2021, cited mental health as a reason for allowing students the opportunity to return to in-person learning.

Earlier this year, the Centers for Disease Control and Prevention released a report showing that one in three high school students experienced “poor mental health” during the pandemic and half “felt persistent sadness or hopelessness.”

“It couldn’t be clearer that we have a behavioral health and mental health crisis in our youth,” explained Leo Flor, King County Department of Community and Human Services.

OSPI will notify school districts of the absenteeism policy prior to the start of the next school year.

Behind the story: Living outside the guardrails of faith

Deadly accident closes I-75 lanes near I-4 ramp

Tariffs on China Throw Shade on the U.S. Solar Industry

What Can Be Done About the Opioid Crisis?