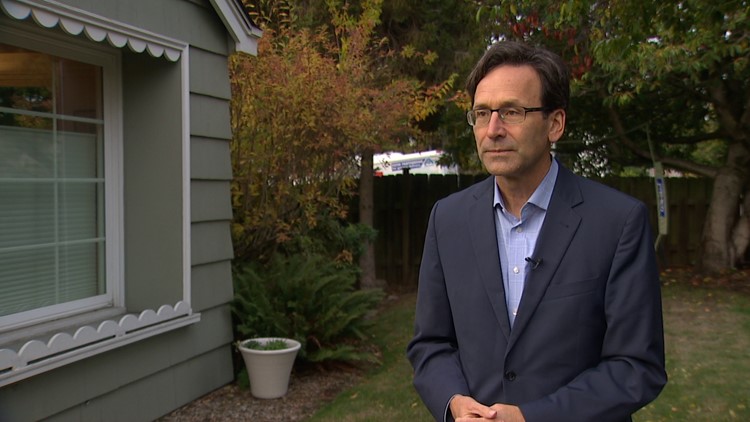 SEATTLE – Washington State Attorney General Bob Ferguson is sounding the alarm about a company that is marketing at-home rape kits to college students.

Griffin is a sexual assault survivor and advocate who fought to pass legislation to clear the state’s rape kit backlog, and now she’s fighting to stop Leda Health provides self-administered “primary evidence kits” to survivors in the state.

The company partnered with the Kappa Delta sorority at UW earlier this year.

“What they are selling is a Q-tip in the box. They don’t sell how to collect urine, blood or any other evidence you need,” Griffin said.

“Really praying for an individual who has been through a traumatic experience and using it for financial gain is pretty bad,” says Ferguson.

Ferguson says it is misleading survivors into believing the kits have evidence value.

“What is important is evidence for a trial. If you do this at home then it doesn’t have the chain of custody required as evidence in court. You have to go to the hospital and have a professional do this,” Ferguson said.

Ferguson said evidence from the kits administered by medical professionals can only be sent by law enforcement to a state crime lab, and because Leda’s kits are self-administered, they ineligible for Washington crime lab testing and not uploaded to the DNA database.

The company’s website says it doesn’t guarantee admissibility and says all evidence is subject to scrutiny in court.

“Allowing this company to profit from fear and misunderstanding would be detrimental to the work we have done and set us back,” Griffin said.

KING 5 has reached out to Leda Health for comment but has not received a response at the time of publication.