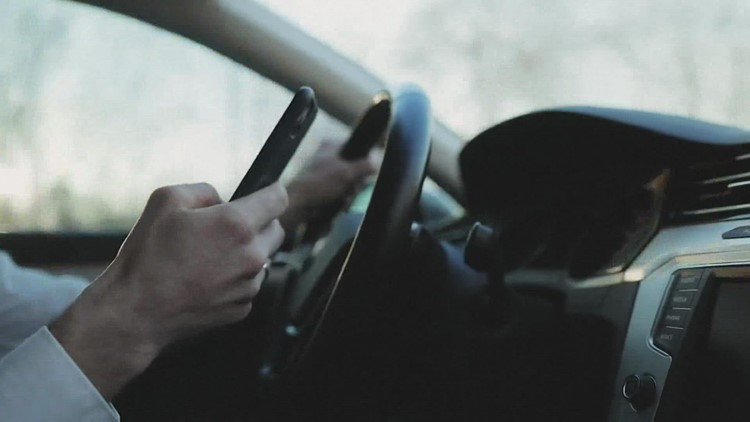 The law prohibits the use of handheld phones behind the wheel, even when stopped completely, such as when driving. B. at a stop sign or a red traffic light.

SEATTLE — Washington’s E-DUI law is now 5 years old. The law prohibits the use of handheld phones behind the wheel, even when stopped completely, such as when driving. B. at a stop sign or a red traffic light. For the 5th anniversary of the law, King County plans to increase patrols to monitor distracted drivers. This effort begins now and will continue through August 6th.

“The message for drivers is really to put down their phones and focus on driving, that’s their only job,” said Sara Wood.

“In King County, distraction is number three behind speeding and infractions and therefore causing our serious injuries that are fatal on our roads, that’s the reality,” Wood said.

The Washington Department of Transportation said there were 13,758 distracted-driving accidents in King County in 2017. Last year there were about 4,988 accidents.

“It’s a safety issue and it seems like they’re swerving in and out of lanes drunk a lot, it’s like you have to dodge them, so it’s a safety issue, we want everyone to be alive,” he told Chris Riley.

Five years after the E-DUI law went into effect, the Washington Traffic Safety Commission and the King County Target Zero Task Force conducted a survey of more than 900 King County drivers. 93 percent of drivers feel threatened when other drivers text or email while driving, 82 percent feel threatened when other drivers talk on their phones, and 87 percent of drivers said they are unlikely to do so while driving SMS or email would send.

“Have I ever done that in my life, yes I have,” said Tim Rogers. “I don’t live in a glass house here, so I’ve done it in the past, but I really try not to. “

That’s the goal for the county and state to have drivers try to keep their phones off while driving.

“We’re all just trying to get from point A to point B, and we all literally have a hand in whether we make it or not,” Wood said.

Ashton Kutcher says he battled vasculitis, a rare disease that left him unable to see, hear or walk: ‘Lucky to be alive’