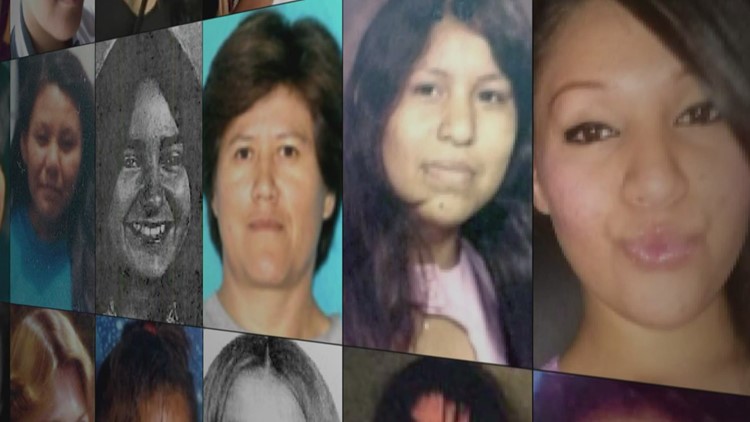 View the full article on the Missing Tribal Peoples Alert effective July 1 at 6:30 p.m. and 11 p.m. on KING 5 News

It’s called the Missing Indigenous Person Alert, or MIPA, and it starts on July 1st.

Washington state and Seattle in particular have some of the highest numbers of missing Indigenous Peoples in the country, according to a study by the Seattle Indian Health Board. While Indigenous people make up less than 2% of Washington’s population, the Health Department’s study shows that Indigenous women are four times more likely to go missing than white women.

It’s a crisis Washington will now be first to address with the new statewide alert system that lawmakers hope will lead to more Native Americans being reunited with their families.

“We just want to be heard. We want to know that our lives matter. And we want to be found. And that’s what this alert system does at the end of the day,” said Rep. Debra Lekanoff, the only Indigenous woman in the Washington state House of Representatives.

Lekanoff said the alert will streamline problems in tribal and local police jurisdictions that have hampered missing-persons investigations in the past.

“Now I will know that I am not so alone that I will not sit in my house and wonder why nobody is helping me find my daughter and why there are no police,” Lekanoff said.[Families] I will contact the local police and now the program is broadcasting in my area.”

RELATED: Washington state has the second most missing Native Americans in the US. Here’s who else is missing

When an Indigenous person is reported missing to tribal or local police, the investigator of the case now has the option to ask the Washington State Patrol (WSP) to raise an alert. Both agencies must agree that issuing an alert is the best course of action.

“Is it an imminent danger situation? And would enabling this warning help with recovery? And we, as law enforcement, have to make that decision somehow. Sometimes it’s a tough decision,” said Carri Gordon, WSP program director.

Once activated, the MIPA alert will be displayed on highway signs, social media and WSP’s Twitter page. The MIPA alerts will not be as visible as the AMBER alerts, but that could change by the end of the year.

“We are looking at future technology [which] will allow us to target the alerts geographically,” Gordon said.

“We’re getting answers from the attorneys general … from every state,” Lekanoff said.

For those still searching for missing loved ones, like the family of Mary Johnson, who was last seen on Tulalip Reservation on November 25, 2020, the alert is welcome news that they said could make all the difference .

“If that were so [around] Back when Mary was first reported missing, I naturally think she probably would have been found,” said Nona Blouin, Johnson’s sister.

“The alarm system does something very simple for us Indian women,” Lekanoff said. “It takes its hand from its mouth so you can hear the unheard screams.”

RELATED: ‘Come Look For Me’: How local families plan their own kidnappings by forming security systems

Solidarity with Ukraine - War on the Rocks

'The Bear' Is the Great Chicago TV Show

Tony’s: a legacy of fine dining