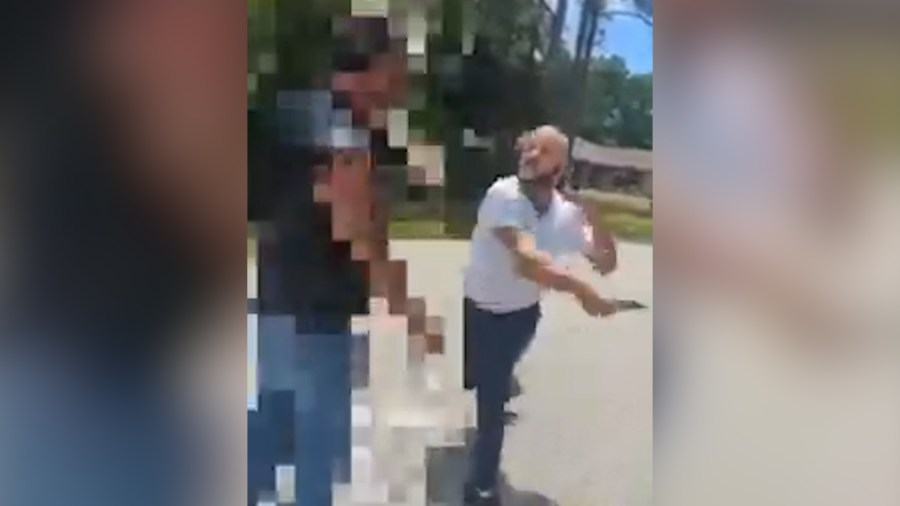 Tampa, Fla. (WFLA) – A Florida man is behind bars after being caught on camera swinging a knife at a motorcyclist during a road rage Tuesday afternoon, according to the Flagler County Sheriff’s Office.

Deputies said Rafael Vincent Rivera, 50, of Palm Coast, was driving a silver Toyota Tacoma in Flagler County when he cut in front of a motorcyclist. The two cars stopped before deputies said Rivera got out of the truck with a knife in hand.

In response, the cyclist, who holds a concealed weapons permit, pulled a handgun from his jacket pocket. In the video, the cyclist can be heard asking Rivera to back off as he points his gun at Rivera.

The incident was recorded by a passenger biker.

Deputies were called to the scene and Rivera was eventually arrested on charges of aggravated assault with a deadly weapon without intent to kill.

Flagler County Sheriff Rick Staly said: “Traffic disagreements should never lead to violence on our streets. “In this particular incident, the video taken by the victim’s wife clearly shows that her husband’s life was at stake.


“I applaud the way the motorcyclist handled this situation,” added Sheriff Staly. “After his life was clearly threatened, he legally defended himself and then de-escalated the situation. The offender was lucky not to be shot.”

The delegates reminded the community not to manually obey the traffic police.

“Rivera has been a guest in the Green Roof Inn four different times since 2015 with three felonies and four misdemeanors related to theft and trespassing,” a post from the Facebook sheriff’s office said.

Has Biden Lost It? He Never Had It