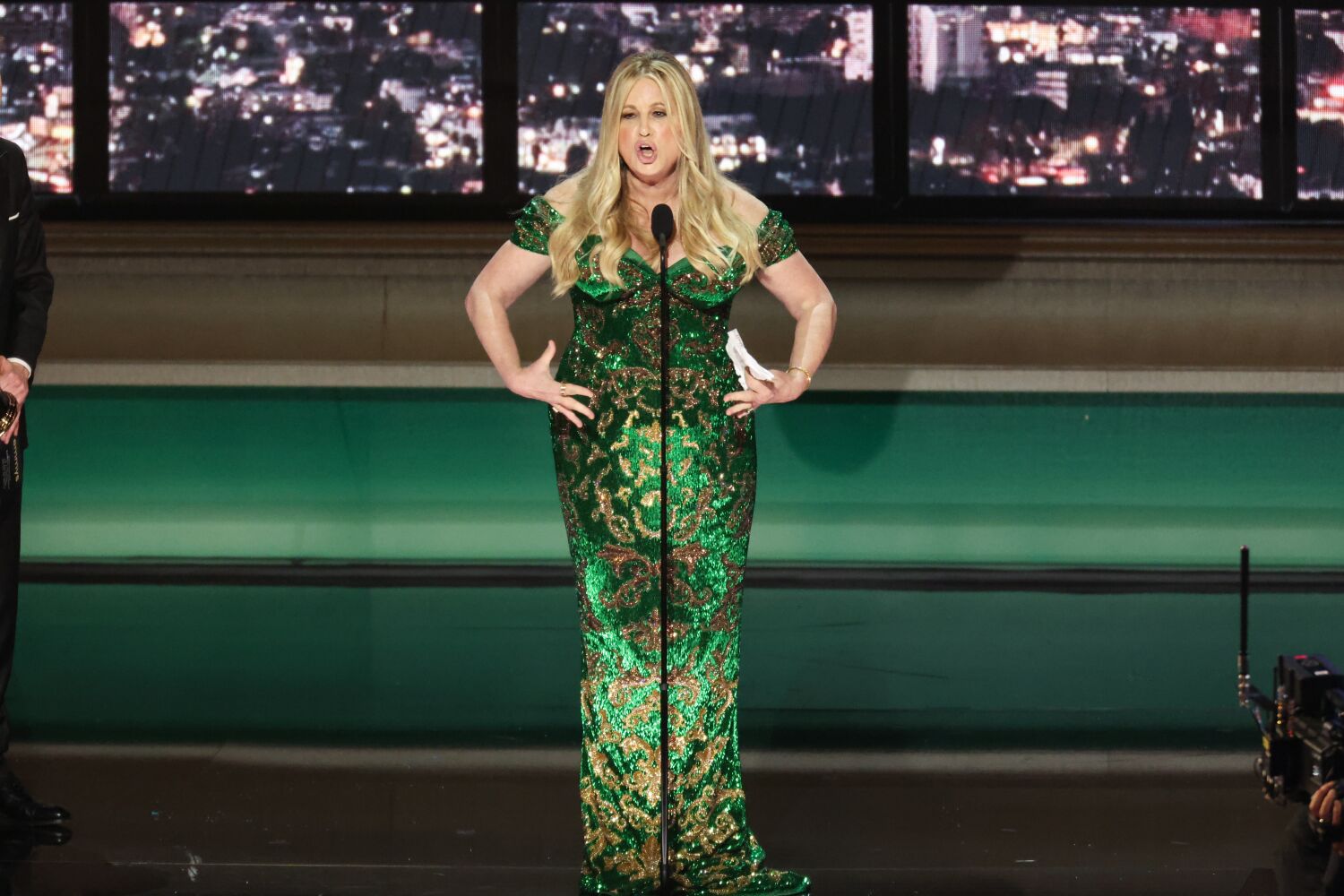 Jennifer Coolidge knew winning the Emmy Awards was a “one time thing,” so she was going to enjoy her moment.

Coolidge, who played the grieving Tanya McQuoid on HBO’s The White Lotus, won the Emmy for Supporting Actress in a Limited Series or TV Movie on Monday night.

“What a night,” said Coolidge as she took the stage to collect her award after greeting the audience with her signature “hi.”

After acknowledging that just being in the company of her other nominees — including her “White Lotus” castmates Connie Britton, Alexandra Daddario, Natasha Rothwell and Sydney Sweeney, and Kaitlyn Dever and Mare Winningham of “Dopesick” — was incredible – shared Coolidge that she “took a lavender bath right before the show tonight.”

“It has caused me to swell up in my dress and have a hard time speaking,” she added.

But before Coolidge could come up with any more funny anecdotes, the Emmys showed they’re serious about keeping the show rolling on time and making sure the winners wrap things up quickly.

As Coolidge thanked the producers of White Lotus and members of her team, it was clear the teleprompter was signaling her to move on.

When subtlety didn’t work, the Emmys began playing music to try to shoo Coolidge off the stage. But Coolidge has proven she can adapt, because she just started dancing instead of wasting your time. Unfortunately, her performance and speech were still interrupted.

HBO and Apple TV+ win big at the Emmys