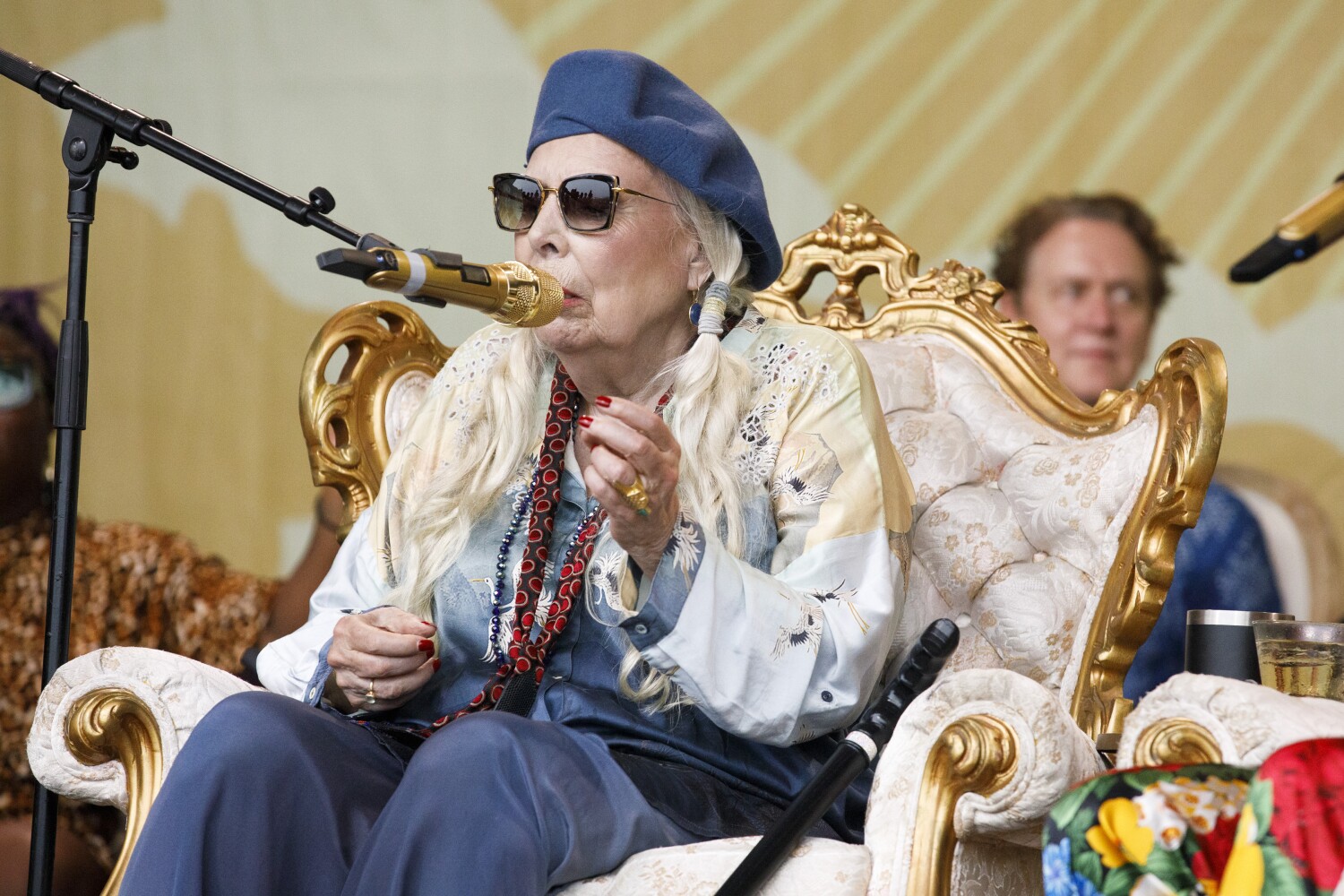 Joni Mitchell performed at the Newport Folk Festival on Sunday in the adored singer-songwriter’s first full public concert since she suffered a debilitating brain aneurysm in 2015.

Mitchell, 78, sang and played guitar accompanied by a group of friends and admirers led by Brandi Carlile, who covered Mitchell’s classic “Blue” album in concert and who led the April MusiCares Person of the Year honoring Mitchell . The Newport performance, which was not announced in advance, was billed as Brandi Carlile and Friends; other participating musicians were Wynonna Judd, Marcus Mumford, Blake Mills, Taylor Goldsmith from Dawes and Jess Wolfe and Holly Laessig from Lucius. Mitchell’s set included songs like “Carey”, “Big Yellow Taxi”, “Help Me”, “Both Sides Now” and “The Circle Game”. (Check out the clips here, here and here.)

The concert marked Mitchell’s return to folk festivals, where she first appeared in the late ’60s, just ahead of the string of albums – including Blue, For the Roses and Court and Spark – that would go on to make her a superstar. It was also reportedly her first extended appearance since the early 2000s.

Mitchell made a brief appearance at the MusiCares event in April and is said to have sung at the private All-Star jam sessions she held at her Bel-Air home while recovering from her aneurysm, which caused it made it difficult for her to move and use her voice. But Sunday’s show, which also includes renditions of “Why Do Fools Fall in Love” and “Love Potion No. 9” provided a more thorough overview of a career that has influenced countless musicians over the last half century.

In an interview with CBS News, Mitchell said she re-learned how to play the guitar by watching videos of herself “to see where I put my fingers.” When asked how she found the will, Mitchell said, “I don’t know, but the surgeon who performed the brain surgery on me said I had the will and the courage.”

Are the Golden Globes coming back to NBC ?