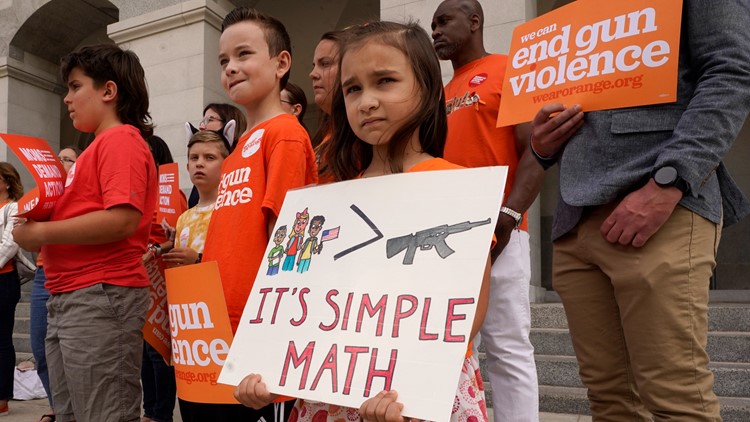 Several events are being held in the Puget Sound region to raise awareness of the gun violence epidemic and to honor victims and survivors.

SEATTLE – On Friday, communities in Washington state and across the country commemorated National Gun Violence Awareness Day, a day to remember and honor victims and survivors of gun violence.

National Gun Violence Awareness Day occurs on the first Friday of June and kicks off Wear Orange Weekend. Advocacy group Everytown for Gun Safety said wearing orange, the color hunters use to protect themselves, is a good start. Wearing the color has become a symbol of the gun violence prevention movement.

According to the Everytown for Gun Safety website, more than 800 people die from guns in Washington state in an average year. But this year, Wear Orange Weekend comes at a time when the conversation about guns and gun violence is more relevant than ever.

At the corner of 23rd and Jackson, the message held deep meaning. After all, there have been numerous shootings here in recent years. Instead, there was an unusual giveaway.

DeVitta Briscoe has lost three loved ones to gun violence, including her son, longtime partner and brother Che Taylor. She was standing near a tent when the devices were being given away.

“It’s easy to get hopeless, it’s easy to feel powerless, I think that’s just a measure,” she said, “it won’t solve everything.”

Several events are being held in the Puget Sound area this weekend to honor survivors and victims of gun violence:

Community members in Shoreline gathered in Orange on Friday to wave to commuters crossing Interstate 5. Click here to get more information.

A group is also gathering to wave signs in Shoreline at 11 a.m. Saturday. Click here for more information and to register for the event.

A picnic to raise awareness of gun violence was held at Mercerdale Park on Mercer Island. Click here for more information.

Several Seattle landmarks are expected to light up orange over the weekend to raise awareness of the gun violence epidemic.

Local residents gathered at Byers Family Peace Park in Mukilteo on Friday to light lamps in honor of the victims and survivors.

Students from the region are also becoming active.

While many events take place on National Gun Safety Awareness Day, the entire month of June is dedicated to this cause.

Fashion Trend: Armani jacket is made for Los Angeles

For British musicians, the Queen was as much cipher as enemy