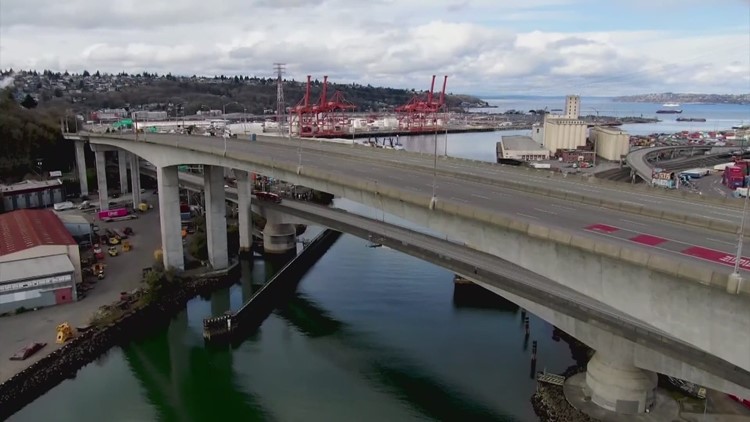 The West Seattle Bridge is expected to reopen on September 18 after being closed for more than two years.

The department said all traffic restrictions on the Spokane Street Swing Bridge, also known as the West Seattle Low Bridge, will also end on September 18.

The planned reopening is dependent on crews completing the remaining work on the bridge, including completing the epoxy grouting, carbon fiber sheathing, paving and installing the safety inspection platform. SDOT said crews will also conduct “robust safety tests” of the bridge before reopening to traffic.

“We recognize how painful this closure has been for so many people, businesses and communities,” said Seattle Mayor Bruce Harrell. “Your safety has been at the heart of this repair effort from the start. As we reopen the bridge and connect our city, we bring our communities together in the confidence that the bridge is now stronger and safer for all.”

The SDOT said the crews had “installed an intelligent surveillance system in the bridge consisting of hundreds of motion sensors, cameras and other instruments”. The department said the system will monitor the bridge 24/7 to detect “subtle movements” or the growth of existing cracks in the bridge.

The West Seattle Bridge was closed in March 2020 after inspectors found rapidly growing cracks in the structure. The bridge was 40 years old at the time of closure. Crews completed emergency repairs in 2020 to keep the bridge upright and prevent further cracking.

Last month, SDOT announced that crews had completed a “major construction milestone” and finished tensioning the steel stay cables inside the bridge. The steel cables help strengthen and support the bridge, protect it from cracking, and help the bridge “respond to environmental factors such as weather, vehicle loads, and other external forces.”

“This monumental effort repaired the cracks and made the bridge stronger and safer,” said Heather Marx, director of the West Seattle Bridge Safety Program. “SDOT is confident that the bridge will now withstand and live up to its original design life for decades to come. We appreciate the community’s resilience as we navigated the uncertainties of this challenging project.”

The city said re-tensioning is one of the top three “key repair procedures” to bring the bridge back to service. The other repair methods include epoxy injection to fill cracks in the bridge and carbon fiber wrapping to add strength to the structure.

The bridge will open a few months later than originally estimated. Officials said the delay was caused by a month-long concrete strike that prevented the contractor working on the bridge from receiving concrete supplies for two months.