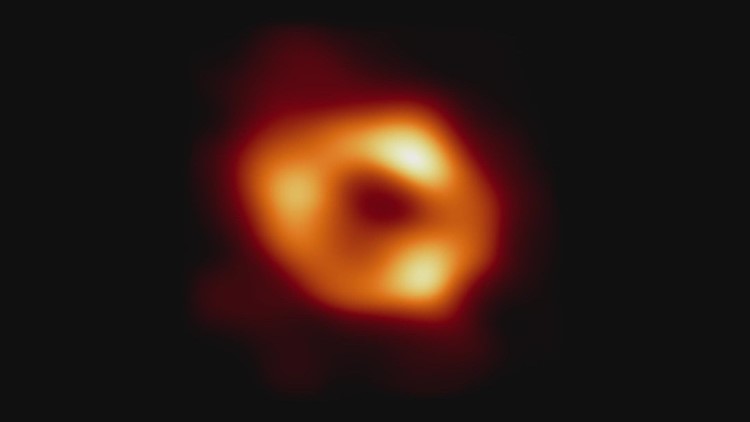 It’s every bit as spooky as you’d expect a black hole to be.

NEW YORK – Ever wonder what a black hole sounds like?

It’s about as immersive as you’d expect.

NASA’s Exoplanet Team this week tweeted an eerie 34-second audio clip of a “data sonification” of the black hole in a galaxy cluster 240 million light-years from Earth.

Essentially, scientists have converted data from deep space into a sound that humans can hear.

“The misconception that there is no sound in space stems from the fact that most of space is a vacuum, giving no way for sound waves to propagate,” NASA tweeted. “A galaxy cluster has so much gas that we actually picked up sounds.”

Scientists have known since 2003 that the black hole at the center of the Perseus galaxy cluster is associated with a type of noise, NASA said, because there’s so much gas in the surrounding galaxy cluster. Astronomers discovered that the pressure waves emitted by the black hole caused ripples in the hot gas. These vibrations could be translated into a musical note, but the note is far too low for humans to hear, about 57 octaves below middle C.

The misconception that there is no sound in space arises because most of space is a vacuum, giving no opportunity for sound waves to propagate. A galaxy cluster has so much gas that we actually recorded noise. Here it is amplified and mixed with other data to hear a black hole! pic.twitter.com/RobcZs7F9e

So the signals were adjusted to the range of human hearing and scaled up 57 and 58 octaves above their true pitch. NASA originally released the “Remix” in May.

“Another way of saying this is that they are heard 144 quadrillion and 288 quadrillion times higher than their original frequency,” NASA said.

NASA released another data sonification of another black hole, Messier 87 — one that’s not quite as spooky.

The “music” coming from M87 – famous for being the first black hole recorded in a direct image – comes from X-rays, optical light from the Hubble telescope, and stacked radio waves. Radio waves are reproduced as the lowest tones, optical data as the middle tones, and X-rays as the highest tones.

What will I get from California’s $9.5-billion gas tax relief plan?

5 things to know this Fourth of July