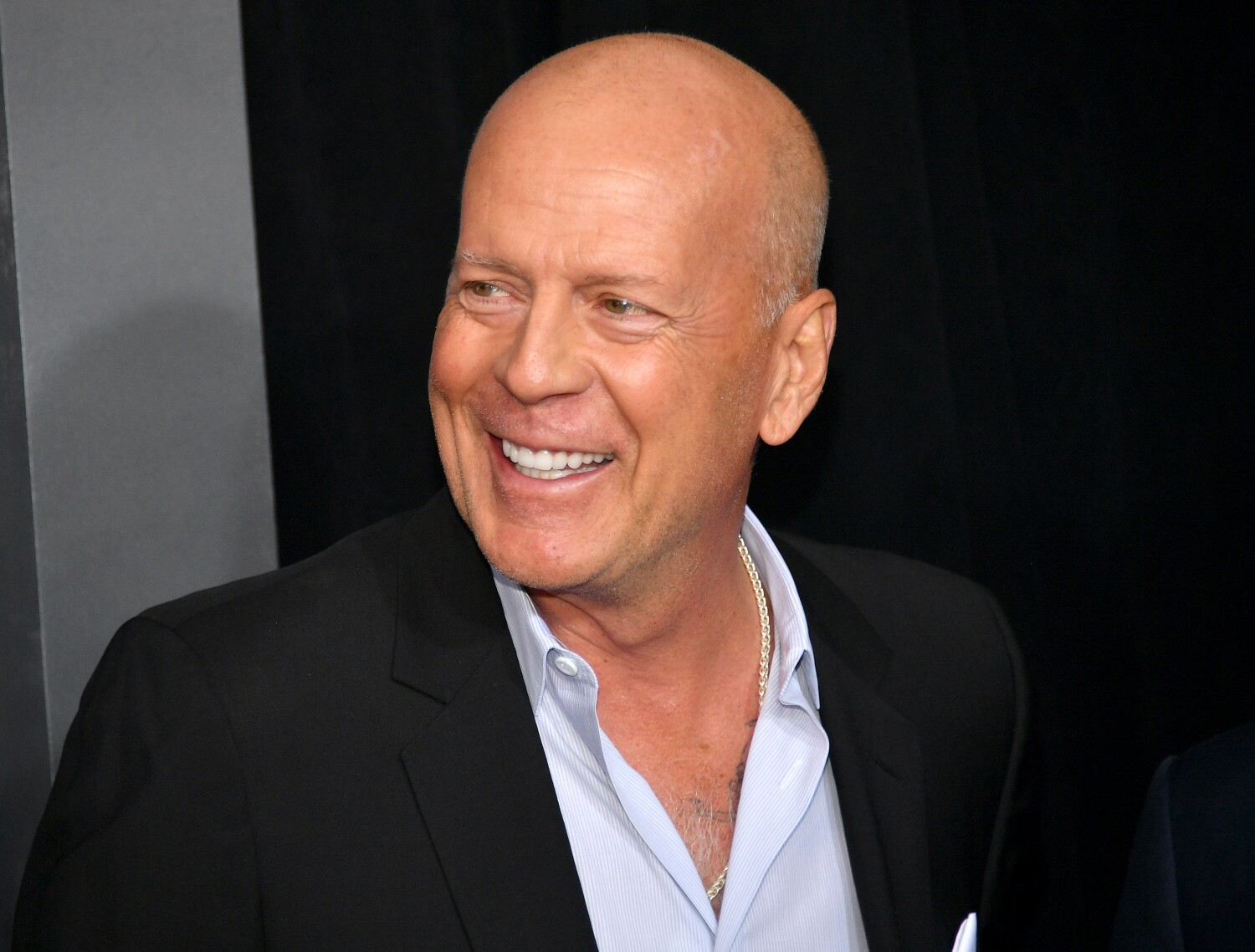 Action film star Bruce Willis is stepping down from acting after being diagnosed with a brain disorder called aphasia, his family announced on Wednesday.

The condition affects and makes up about 2 million Americans according to the National Aphasia Assn. more common than Parkinson’s disease, cerebral palsy or muscular dystrophy. Almost 180,000 Americans contract it each year.

“Our hearts go out to the Willis family, and we know their close-knit, supportive nature will help them navigate aphasia in the days to come,” the NAA said in a statement. “We are here for the Willis family and all people with aphasia.”

Other celebrities diagnosed with aphasia include actress Sharon Stone, who developed reading and language problems after collapsing from a brain aneurysm in 2001. Stone returned to acting after years of recovery.

Aphasia is most common after a stroke or traumatic brain injury — about 25% to 40% of stroke survivors develop aphasia, according to the NAA.

When a stroke patient develops aphasia, it’s usually due to some type of stroke affecting the dominant part of the brain on the left side that controls language skills, said Dr. Nneka Ifejika, a stroke rehabilitation physician at the University of Texas Southwestern’s Peter O’Donnell Jr. Brain Institute.

It can also be caused by a brain infection, a brain tumor, or another degenerative disease that causes progressive brain damage, such as Alzheimer’s or dementia.

What are the symptoms of aphasia?

People with aphasia often have trouble speaking and writing.

According to the NAA, the condition is an acquired communication disorder that affects a person’s ability to process language but does not affect intelligence.

The exact symptoms can depend on the type of aphasia a person has, which depends on where the underlying brain damage occurred.

Some types of aphasia can cause the person to speak in full sentences with unintelligible meaning, while other types can affect the person’s ability to name objects or repeat words and phrases. The most common problem is finding the right word, Biel said.

Some people with aphasia may also experience right-sided weakness or paralysis of the arm and leg if damage has occurred in the brain’s frontal lobe, which is important for motor movements.

Is There a Cure for Aphasia?

There are no drugs to treat aphasia. The likelihood of recovery depends on the cause; The prognosis for aphasia caused by a progressive neurological disease like Alzheimer’s is much worse than aphasia caused by stroke, Ifejika said.

If the patient can still speak, speech therapy can continuously improve their language skills.

“Aphasia is a condition that requires treatment that is just as debilitating as a physical condition,” Ifejika said.

In Los Angeles, the Aphasia Book Club meets weekly at the Echo Park branch of the Los Angeles Public Library. The group offers support to people suffering from aphasia and helps them improve their language skills – reading, writing, speaking, listening – through book reviews.

Other forms of therapy include singing, which activates the language center in the right hemisphere of the brain, Ifejika said.

How do you communicate with someone with aphasia?

The most important thing is to keep dealing with the person, Ifejika said.

Someone with aphasia usually recognizes their speech problems and is more likely to “stop speaking.”

The NAA gave several tips for communicating with someone with aphasia:

https://www.latimes.com/science/story/2022-03-30/what-is-aphasia-bruce-willis-cognitive-disorder What is aphasia? Cognitive disorder has afflicted Bruce Willis

A ‘mixed up’ sunspot just fired off a huge solar flare

The saga of Annie and Grinnell, Berkeley’s peregrine falcons