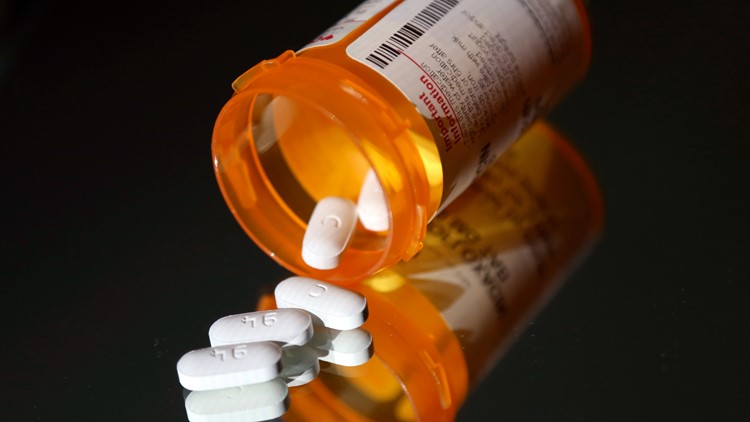 A look at how some could benefit from the Inflation Reduction Act’s drug-saving provisions and how drugmakers could push back.

WASHINGTON – After decades of failed attempts, Democrats have passed legislation aimed at curbing the rising cost of drugs for some in the United States.

It will be years before people realize some of the most significant savings promised in the climate and health bill that President Joe Biden signed into law this month.

Most notably, the bill will help the roughly 49 million people who sign up for Medicare drug coverage. However, many are left out of direct savings after lawmakers scrapped cost-savings measures for the majority of those covered by private health insurance.

A look at how some might benefit from the Inflation Reduction Act’s drug-saving provisions and how drugmakers might thwart those efforts.

For the first time, Medicare can negotiate the price of its most expensive drugs.

In the US, “We’ve never had an organization that negotiated on behalf of such a large group of people,” said Leigh Purvis, AARP’s director of health care costs and access.

That new bargaining power won’t materialize until 2025, when Medicare is able to haggle over the price of 10 drugs covered by its prescription plan. By 2029, Medicare will be able to negotiate the cost of up to 60 drugs.

It will take time as the Department of Health and Human Services needs to develop a plan for choosing which drugs to negotiate. The complicated rulemaking process will take years to develop and face intense lobbying and scrutiny by the pharmaceutical industry, which is keen to close loopholes in the new rules.

OTHER NEWS: Hearing aids will soon be available over the counter

“The biggest boost is definitely going to be the negotiations because the secretary is setting up a whole new program and they’re going to be doing a lot of hiring,” Purvis added.

The savings should be huge. The bipartisan Congressional Budget Office estimates that costs could fall by as much as $100 billion over the next decade.

What drugs Medicare and patients save on, however, remains a mystery.

In the first year, Medicare is allowed to negotiate the cost of 10 drugs on which it spends the most money, as long as those drugs have been approved by the Food and Drug Administration for at least nine years and have no competing generic drugs on the market.

That could spur drug companies to release new drugs at a higher price, knowing the product’s cost is being negotiated down for Medicare, warned Arthur Wong, an analyst at S&P Global, a financial research firm.

PhRMA, the trade body representing drug companies, acknowledged that it intends to crack down on the law.

“We are reviewing every opportunity — including legislative, regulatory and legal — to ensure patients have access to the medicines they need and our industry can continue to develop life-saving cures and treatments,” said PhRMA spokesman Brian Newell in an E -Mail statement sent to The Associated Press.

A CAP FOR OFF-POCKET DRUG PRICES

The bill caps how much money Medicare beneficiaries must spend on drugs, but again, those rules will take time to take effect.

In 2024, Medicare will eliminate a 5 percent co-payment required for patients who have reached the catastrophic threshold currently set at $7,050 for drug out-of-pocket payments. Almost 3 million Medicare patients reached this threshold between 2015 and 2019, according to a study by the Kaiser Family Foundation.

HOW WILL THE DRUG PRICE BE CONTROLLED UNTIL THEN?

The Anti-Inflation Act provides a set of controls aimed at immediately mitigating rising drug costs for Medicare. The bill limits insulin copayments to $35 per month starting in January, but only for Medicare beneficiaries. A cap of $35 per month on out-of-pocket expenses for people with private health insurance has been lowered.

Starting next year, drug companies will also have to pay Medicare a rebate if they increase the cost of a drug above the rate of inflation. The industry regularly raises drug prices above inflation every year.

A similar rule exists with Medicaid, so the Centers for Medicare and Medicaid have experience running this program, said Rachel Sachs, a law professor at Washington University in St. Louis.

“They were helpful in controlling the rate of increase,” she said of the rebates.

Only Medicare patients benefit directly. A move to include people with private insurance who are being sold overpriced medicines in the calculation has been removed from the legislation.

Some health experts hope this provision, along with the others in the package, will help insurance companies negotiate the price of medicines for their customers, potentially extending cost savings to millions of people.

But others are waiting to see if the bill has the opposite effect. Medicare accounts for about a third of the pharmaceutical industry’s market, which means companies could look to find more profits elsewhere.

“That could pose a risk that non-Medicare payers might end up paying more, or at least face tougher negotiations with the pharmaceutical industry,” analyst Wong said.

https://www.king5.com/article/news/nation-world/prescription-prices-new-law/507-46ecb21a-8b70-4fd7-aca9-688eab58c2db What Medicare patients should know about Inflation Reduction Act

Cuba without power after Hurricane Ian knocks out grid

Fiona Moves Away From Canada, Leaves Thousands Without Power