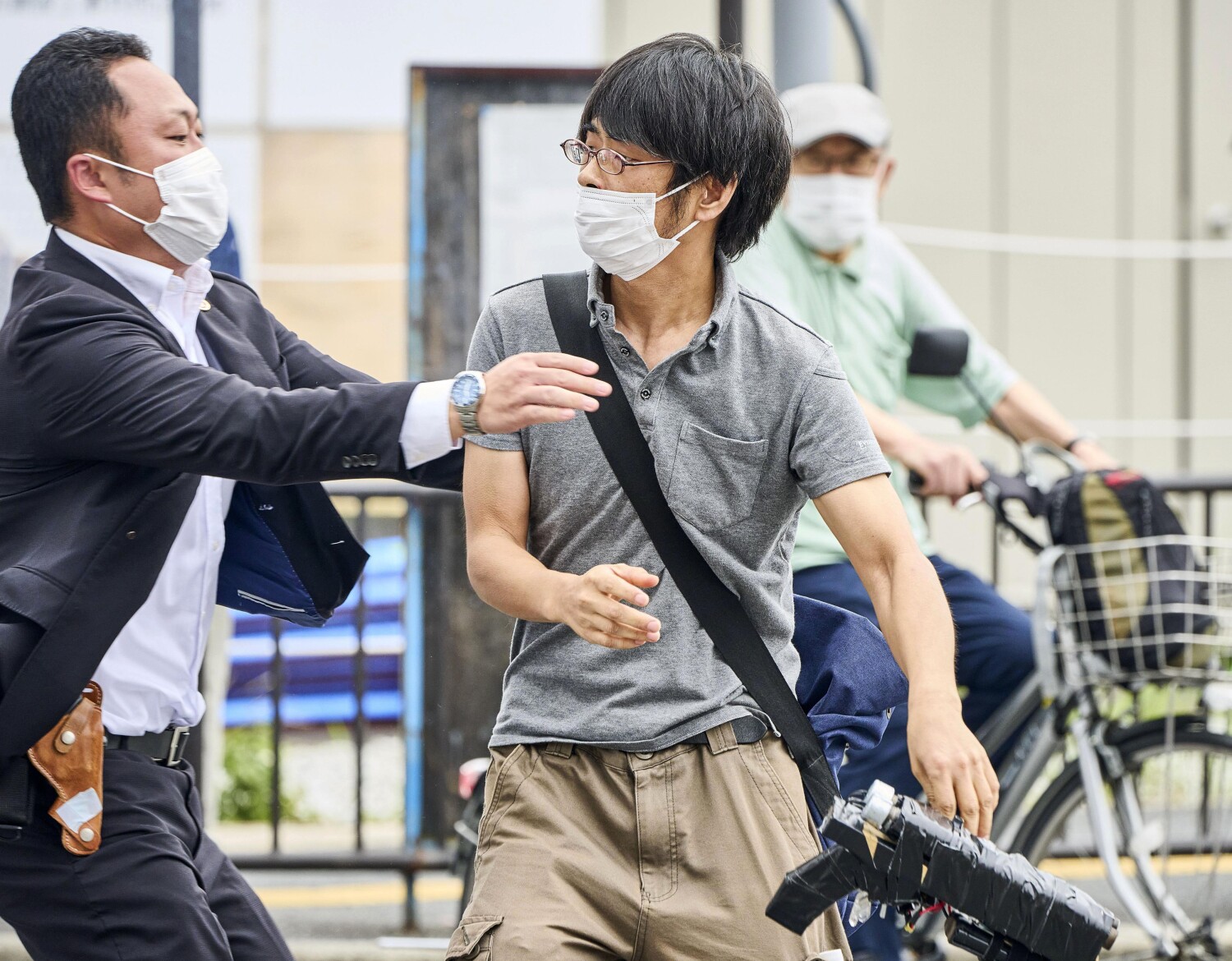 Within hours of arresting a 41-year-old suspect in the fatal shooting of former Japanese Prime Minister Shinzo Abe with an improvised weapon, police on Friday searched Tetsuya Yamagami’s home and found a small arsenal of homemade weapons — known as zipper or barrel guns.

Shortly after an assassin fired the fatal shots as Abe was delivering a campaign speech, video showed a cumbersome gun, more than a foot long, with two metal barrels and a wooden plank with some sort of firing mechanism. After a loud bang, a puff of smoke rose from the gun as the shooter fired his barrels.

“We’re doing forensics, but it definitely looks homemade,” the police chief of Nara, the city in western Japan where the assassination took place, told reporters at a news conference.

The gun is far more brutal than guns considered home-made in the United States, including 3-D printed firearms and lower receivers assembled in metal workshops.

The gun believed to have been used in the attack on Abe had its metal barrels wrapped in black duct tape.

Similar crude weapons were found in a raid on Yamagami’s home, and so far there is no evidence the pieces were licensed under Japan’s strict regulations.

Japan has some of the toughest gun restrictions in the world. In 2021, only one person was killed and four injured in the 10 shootings in the country. Most of the shootings were related to Japan’s notorious organized crime syndicates, according to the national police.

Guns are extremely hard to come by in Japan.

Improvised firearms are not a new phenomenon, and parts can be easily acquired and built with some DIY skills, said Steve Gordon, a retired Los Angeles Police Department special weapons and tactics officer. Zip guns have appeared in prisons around the world, and during World War II, resistance members in the Philippines made shotgun-like barrel guns.

“Almost anything can be made in a metal workshop,” explained Gordon. “These are just metal and alloy parts.”

With 3D printing, online instructions, and manufacturers willing to sell parts already made, the once difficult task of building a gun has become much easier.

“Based on all the smoke…appears to be homemade or really bad ammo,” Gordon said of the gun after watching video of the attack on Abe. Some firearms experts speculated on Friday that the suspected weapon’s wiring meant it might have been intended to be electrically fired.

Such weapons are rarely seen in the United States due to the wide availability of ready-made weapons. Inmates in some US prisons over the years have constructed primitive zippers as weapons. Angola prison in Louisiana displays improvised firearms as a warning of the threat.

Firearms made from 3D printed parts and so-called ghost guns, which are assembled at home and cannot be traced, are appearing in crimes across the country.

The Los Angeles Police Department said in a report released last year that since January, detectives have linked ghost guns to 24 murders, eight attempted murders and dozens of assaults and armed robberies.

But it’s not just in Los Angeles. In 2020, California accounted for 65% of all ghost guns seized by the Bureau of Alcohol, Tobacco, Firearms and Explosives, according to prosecutors.

Ghost guns are usually made from polymer parts created using 3-D printing technology and can be assembled at home using kits. They are often relatively cheap. Because they are not made by licensed manufacturers, they lack serial numbers, making them untraceable.

Offenders who are banned from possessing firearms because of previous offenses are increasingly turning to ghost guns, LAPD homicide detectives say.

California Gov. Gavin Newsom signed new state law last week that allows law enforcement agencies to seize such guns under restraining orders related to gun violence and domestic violence. Newsom previously signed into law mandating that sales of precursor parts for weapons must be processed through a licensed vendor, but that law won’t go into effect until 2024.

https://www.latimes.com/california/story/2022-07-08/shinzo-abe-assassination-homemade-gun What we know about the homemade gun used to kill Shinzo Abe

Review: 'Moulin Rouge! The Musical' arrives at the Pantages