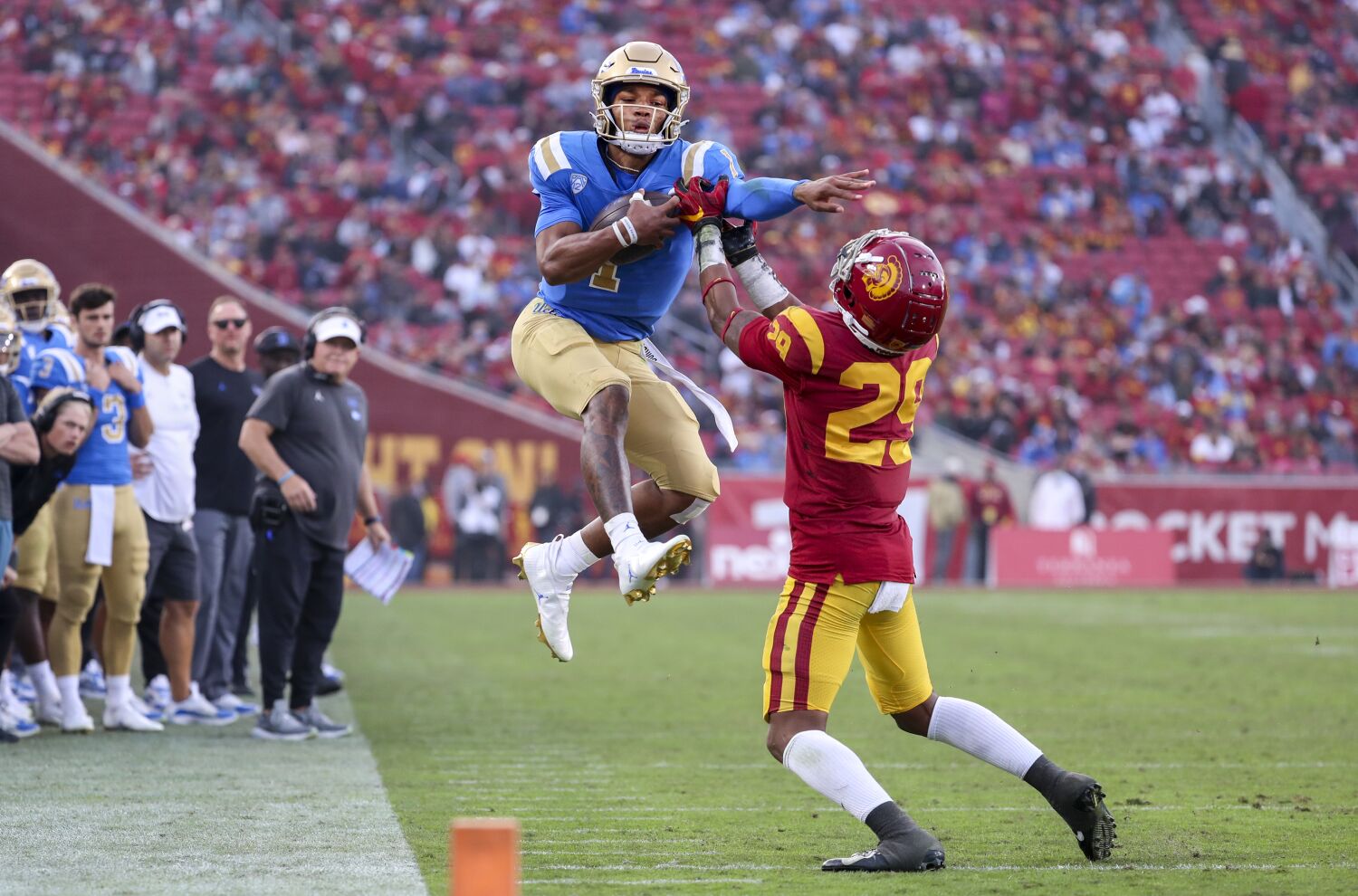 Here’s what you should know about how UCLA and USC can get a ticket to the December 2nd title game at Allegiant Stadium in Las Vegas:

USC (9-1, 7-1 Pac-12) has the most direct path: Win and the Trojans are in. USC can secure its place in the Pac-12 championship game with a win over rivals UCLA on Saturday night. The Trojans would likely go head-to-head on December 2 against the winner of Saturday’s Utah-Oregon game.

A win would not only cement USC’s place in its fourth Pac-12 championship game, but also put UCLA out of contention. After last week’s loss to Arizona, the Bruins (8-2, 5-2) need help to play in the title game for a shot at their first conference crown since 1998.

UCLA needs wins over USC and California first. Then the Bruins want Washington to lose to either Colorado or Washington State at least once. No matter who wins Saturday night between Utah (8-2, 6-1) and host Oregon (8-2, 6-1), UCLA still has a chance due to the Pac-12’s complicated tiebreakers.

The tiebreaker order differs for two-team ties and multi-team ties. After head-to-head victories, when the teams have played each other, the tiebreaking procedure in a tie between two teams is each team’s winning percentage against the next-ranked common opponent in the standings. But in a multi-team tie, if the teams haven’t all played each other, the next step is the win percentage against all common conference opponents.

This may be important for UCLA because of their loss to Arizona. The Wildcats are a common opponent among all five contested teams, and the Bruins are the only contender to lose to them, putting UCLA at a disadvantage in several multi-team tiebreakers that feature teams that haven’t all played each other.

For example, UCLA, Washington and USC could be in second place with 7-2 behind an 8-1 in Utah or Oregon. Though UCLA would have beaten USC, the Trojans, who didn’t play Washington this year, would still win the three-team tiebreaker by going 5-0 against common opponents among the three tied teams — Stanford, Arizona, Colorado, California and Arizona State – while UCLA lost to the Wildcats and the Huskies to Arizona State.

UCLA can survive a multi-team tiebreaker that includes Utah or Oregon, but not both. Having both teams at 7-2 together with USC not playing Oregon would invoke the mutual opponent’s tiebreaker. In a UCLA-USC-Utah tie, the Bruins can go ahead with head-to-head wins, and in an Oregon-USC-UCLA tie because USC and Oregon haven’t played each other and each team has lost once to each opponent can the Bruins draw on their win over Utah, the next-ranked joint opponents, who are multi-team tiebreakers in the third-tier league.

If the Bruins can win both games and suffer a loss to Washington, they also need Utah or Oregon to finish the season 2-0 or both teams need to lose in the last week of the season. The odds seem greater than a 50-meter Hail Mary and the path more circuitous than a double reversal.

Meanwhile, USC can count itself lucky. The goal is easy in the Heritage Hall.

https://www.latimes.com/sports/ucla/story/2022-11-16/ucla-usc-pac-12-title-game-scenarios What will it take for UCLA or USC to reach Pac-12 title game?

Bus of asylum seekers from Texas arrives in Philadelphia as part of Gov. Greg Abbott scheme against President Biden