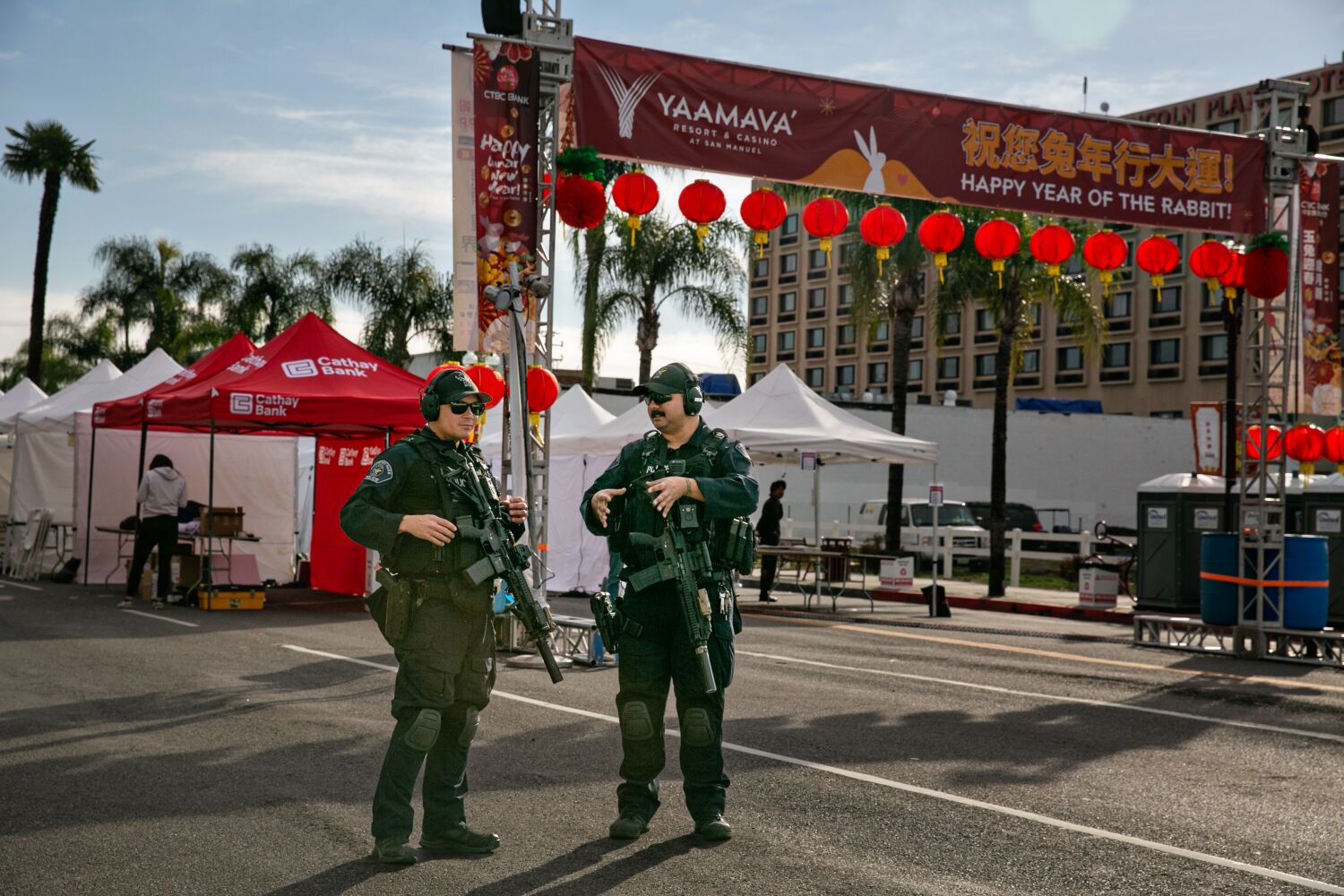 After a deadly spate of mass shootings in the United States last year — including one in Buffalo, NY, and another at a school in Uvalde, Texas — that killed a total of 31 people, the Democratic-controlled California Legislature responded by by rapidly passing more than a dozen laws aimed at preventing gun violence in the Golden State.

Now, as California is rocked by mass shooting after mass shooting that has claimed at least 24 lives in Monterey Park, Half Moon Bay and a Central Valley farming town, lawmakers are once again wondering what else they can do to stem the violence.

California is already one of the states with the most restrictive gun laws. And some measures make them work: The state has one of the lowest rates of gun deaths, according to the Centers for Disease Control and Prevention, and a report by the Public Policy Institute of California found that the state had a lower rate of mass shootings than the national average.

“It’s hard to say if it’s this law or that law in particular, but the collective work of all of them is probably what’s bringing our rates down,” Barnhorst said. “We have something to offer for a lot of different scenarios, which is really important because ultimately mass shooters have their weapons in common, but they’re an increasingly diverse group and have a whole range of motivations.”

But California’s aggressive laws can only do so much. Several recently passed state gun laws have also been gutted by the federal courts, and given the current conservative majority of the Supreme Court’s sweeping interpretation of the constitutional right to bear arms, any new legislation passed by California lawmakers could suffer a similar fate.

Governor Gavin Newsom, who has made gun control a core part of his political identity, acknowledged the limitations of state-level politics while defending California’s record.

“I’m proud of California,” Newsom said during a Tuesday news conference in Half Moon Bay, where seven people were killed Monday in an apparent incident of workplace violence. “We led the nation. We’ve had the national conversation on gun safety. No state in America has done more than the state of California.”

“But we can’t do it alone. And with all due respect, we feel that way,” he said, calling out House Speaker Kevin McCarthy (R-Bakersfield) for not saying “a word” about the recent shooting.

Democrats in the California Legislature say they are not waiting for federal action. They introduced a list of bills this year that would reinforce an already extensive list of rules restricting who can buy and sell firearms.

“While California is at the forefront of gun control policy, this tragedy reminds us that our work is not done,” said Assemblyman Mike Fong (D-Alhambra), representing Monterey Park.

Newsom supports proposed legislation to restrict who can be issued a license to carry concealed weapons, one of the few gun control measures that failed in the legislature last year. Reintroduced more than a month before this month’s tragedies, Senate Bill 2 is already promising to become one of the key gun laws of the 2023 legislature. The measure aims to comply with a June Supreme Court ruling that found restrictive concealed carry laws unconstitutional, while still maintaining strict rules on who can get the permits.

Member of Parliament Jesse Gabriel, an Encino Democrat and co-chair of the California Legislative Gun Violence Prevention Working Group, also presented three proposals to regulate firearms. One would introduce an excise tax on ammunition and guns in California to fund violence prevention and school safety efforts, while another would allow residents suffering from mental health crises to voluntarily put their names on a “do not sell” list. The third measure would ban someone who has a domestic violence protection order from buying or owning guns for three years after the order is lifted.

Other proposals from state lawmakers include a ban on the sale of body armor, which was used by some mass shooters, and another to make possession of a so-called ghost weapon a crime.

The proposed changes to California gun laws are relatively minor compared to the new laws Newsom signed into law in 2022. Gun violence survivors to sue for egregious violations of state sales and marketing regulations. Another was modeled after Texas’ abortion law and increased legal liability for the gun industry, while two others restricted firearm advertising to minors and further restricted ghost guns.

“There is a lot of evidence that our gun safety laws work and save lives,” Gabriel said. “But of course, when we see such horrific incidents, it reminds us that we still have work to do.”

This month’s massacres in California came less than a year after President Biden signed what became the most significant federal gun control law in recent history, after both political parties reached an agreement and narrowed its scope. This law encourages states to pass “red flag” laws — allowing the temporary removal of firearms from anyone who poses a risk to public safety — expands background checks and now bans romantic partners, in addition to spouses, from owning Firearms, if convicted of domestic violence.

Still, advocates of stricter gun control have long argued that bolder action is needed to end gun violence. They have called for a federal ban on assault weapons and high-capacity magazines, along with even tougher laws and background checks.

“The federal government has to do its job,” Newsom said.

Sen. Dianne Feinstein (D-Calif.) authored the nation’s first statewide assault weapons ban during her first term in Washington, overcoming opposition from the powerful National Rifle Assn. to pass, but Congress let the landmark law expire in 2004. According to University of Massachusetts researcher Louis Klarevas, author of “Rampage Nation: Securing America from Mass Shootings,” the number of mass shootings decreased during prohibition and increased more frequently after the law expired.

Feinstein tried unsuccessfully to reenforce the assault weapons ban, including after the 2011 attempted assassination of then-Arizona Rep. Gabrielle Giffords in Tucson and the 2012 mass murder at Sandy Hook Elementary School in Connecticut. She brought another on Monday Bill to ban military-style assault weapons and high-capacity magazines.

Obstacles to efforts to enact tougher gun laws extend beyond the partisan-blocked convention halls to the federal court system, where Republicans and gun rights groups have had great success blocking tough gun laws.

Sam Paredes, executive director of Gun Owners of California, warned his group would sue to block implementation of additional gun restrictions, including the Concealed Carry Act, if it were passed.

“My expectation is that the legislature will suppress a piece of legislation,” Paredes said. “But ultimately we will challenge it in court and we will win.”

“It’s a real obstacle and it’s not a new one,” he said. “There was essentially a cottage industry of attorneys and gun-industry-funded groups who … are suing the state of California to try to dismantle what we’ve built over a couple of decades.”

But that doesn’t mean California should slow down its efforts, Freilich said.

“It’s important to note how, despite the constant threat and strain of defending lawsuits against what California has built, zoom out,” he said, “what we have built has, for the most part, been successfully implemented and is progressing .”

“California has over 100 gun control laws on its books, many of them enforced by party-line votes through the Legislature. I think a partisan approach to important issues like this hurts everyone,” he said in a statement. “If California really wants to end gun violence in our state, we should take a page out of the Congressional book and work on a bipartisan measure.”

https://www.latimes.com/california/story/2023-01-25/california-gun-laws-monterey-park-mass-shooting-lunar-new-year What’s next for gun laws in California?

A century of overcrowded homes in L.A.: How we reported it