If you watched The good nurseyou might have questions about where Charles Cullen is now and whether he’s still in prison after being convicted of murdering dozens of his patients.

Nicknamed the “Angel of Death,” Cullen is a registered nurse and serial killer convicted in 2004 of murdering at least 29 patients during his medical career that spanned 16 years and nine hospitals. Although only 29 murders have been confirmed, Cullen has confessed to killing up to 40 patients. Law enforcement officials believe the actual number of his victims may be closer to 400. Cullen was arrested in 2003 after officers found a probable cause Cullen had given at least one patient a fatal insulin injection. Cullen’s former colleague and friend Amy Loughren, who was also a nurse at the hospital where he worked before his arrest, was crucial to the police investigation. Loughren was the one who alerted police to Cullen’s drug access record and carried a wire in a conversation with him that led to his arrest.

Since Cullen’s arrest, several documentaries and films have been made about his case, including the 2022 Netflix film The Good Nurse, based on the Charles Graeber bestseller. The Good Nurse: A True Story of Medicine, Madness, and Murder
. In a 2022 interview with Newsweek, Loughren opened up about the conversation she had with Cullen at a diner that led to his arrest. “What is interesting is that the documentary is coming out [Catching the Killer Nurse]She has the tone of both of us speaking and we just have a regular afternoon beer with something to eat and just talk shop,” Loughren said of the conversation. “And I kept building myself up to make sure he understood that I cared about him and that we were friends – and we were – and when I finally confronted him, it was the way Eddie [Redmayne who plays Cullen] detected.”

She continued, “Charles Cullen’s response is eerily accurate, my friend Charlie has gone from being this misfit, sort of Mr. Rogers, to … everything about him, his demeanor, his color, the way his eyes move, turned almost reptilian in the way he moved, like there was a void, and it was terrifying. It was terrifying to watch him become a murderer.”

So Where is Charles Cullen now? and is he still in prison for his murders? Read on for what we know about where Charles Cullen is now and what happened to him after his arrest and conviction.

Where is Charles Cullen now? 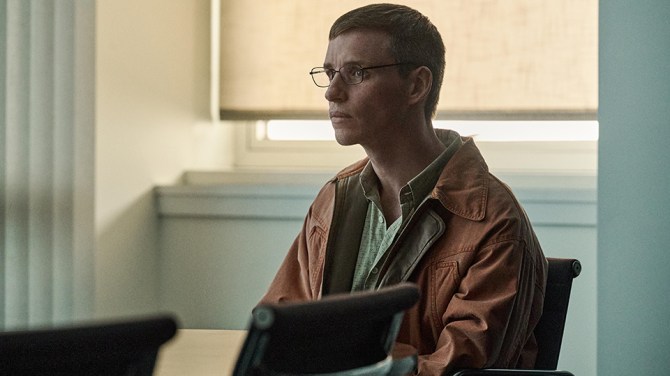 Where is Charles Cullen now? Cullen, a registered nurse and serial killer, was arrested at a New Jersey restaurant on December 12, 2003 and charged with one-count murder in the case of Florian J. Gall and attempted murder in the case of Jin Kyung Han. Both Gall and Han were patients at Somerset Medical Center in Somerset, New Jersey, where Cullen worked from September 2002 to October 2003. Two days after his arrest, Cullen confessed to law enforcement officers that he had murdered Gall and attempted to murder Han. In April 2004, Cullen pleaded guilty to New Jersey Judge Paul W. Armstrong to murdering 14 patients and attempting to murder two patients by lethal injection of drugs including insulin and digoxin while working as a nurse in Somerset.

As part of his plea agreement, Cullen agreed to work with authorities to avoid the death penalty for his crimes. A month after his first guilty plea, Cullen pleaded guilty to the murders of three other patients in New Jersey. In November 2004, Cullen pleaded guilty to murdering six other patients and attempting to murder three others. During his trial, Cullen was restrained and gagged by law enforcement officers after continuing to interrupt the proceedings and taunting the judge by chanting, “Your Honor, you must resign.” On March 2, 2006, Judge Armstrong sentenced Cullen to 11 consecutive life terms imprisonment. He cannot be paroled until June 10, 2388. Cullen’s sentencing hearing was on March 10, 2006. As he was brought into the courtroom, Cullen, enraged at the judge, continued to taunt him by singing, “Honourable, you must step back for 30 minutes until he is gagged with a cloth and tape. The judge sentenced Cullen, who continued singing even after being gagged, to six more life sentences for a total of 16 consecutive life sentences. During his trial, Cullen confessed to murdering around 40 patients, but law enforcement officials could only confirm 29 victims. The actual number of his victims is estimated at around 400, making Cullen one of the deadliest serial killers in United States history. Cullen is alive and currently being held at the New Jersey State Penitentiary in Trenton, New Jersey.

In a 2013 interview from prison, Cullen claimed he murdered his victims to prevent them from suffering “more” from their illnesses. “I thought people weren’t suffering anymore, so in a way I thought I was helping,” he said at the time. “My aim here is not to justify myself. You know what I did, there’s no justification. I just think all I can say is that I felt overwhelmed at the time.” However, the motive didn’t fit at least one victim, Florian J. Gall, who was recovering from pneumonia and was expected to make a full recovery when Cullen gave him one lethal dose of digoxin injected.

In an interview with the AV Club, Eddie Redmayne, who played Cullen in the Netflix film 2022 The good nurse, explained what it was like to play Cullen’s relationship with Amy Loughren, his associate and friend who was key to his arrest. “The fact that he didn’t seem to necessarily fit the stereotypes, but also that she had previously spent time with the real Amy, really emphasized the truth of their friendship, the depth of their friendship,” Redmayne said. “The fact that he saved her life. His humor, but like his dry humor and the fact that he always used his messed up personal life as a kind of self-deprecating thing. But the fact that her love for him was very real.” He continued, “And that was fascinating because that’s what it meant to Jessica [Chastain] and me when she was so strong that it became a thing. But she was also very interesting in that she described him as having only seen this monster twice and that it was a different human and that this thing outshined him. She describes it as dissociative, and heard it that way, even though I’d read all about his background and upbringing, which is riddled with trauma [from] this person who was so close to him [that he] were two different people was a realization.”

For more on Charles Cullen, read Charles Graeber’s 2014 book, The Good Nurse: A True Story of Medicine, Madness, and Murder. The book, which Stephen King called “one of the best books I’ve read this year,” tells the true story of Charles Cullen – also known as “The Angel of Death” – a nurse and serial killer who killed up to… 400 patients murdered He worked as a trusted caretaker. The good nursewho inspired the 2022 Netflix film of the same name, examines Cullen’s 16-year rampage and how he got away with murder for so long, including videotapes and interviews with whistleblowers and confidential informants. The good nurse also includes exclusive interviews with Cullen himself, the detectives who caught him, and Cullen’s nurse Amy Loughren, Cullen’s former colleague and friend who was instrumental in his arrest. The Good Nurse also examines the for-profit medical system and how Cullen, whose murderous career spanned nine hospitals, was ultimately protected by the same hospitals he terrorized. “The most terrifying book to be published this year. It’s also one of the most thoughtful…let’s call it a literary true crime…” reads a review by Kirkus Reviews.

https://stylecaster.com/charles-cullen-now/ Where Is Charles Cullen Now? Is He Still in Jail For ‘Good Nurse’ Murders?

Extra Halloween candy? Here's how a local non-profit is putting it to good use