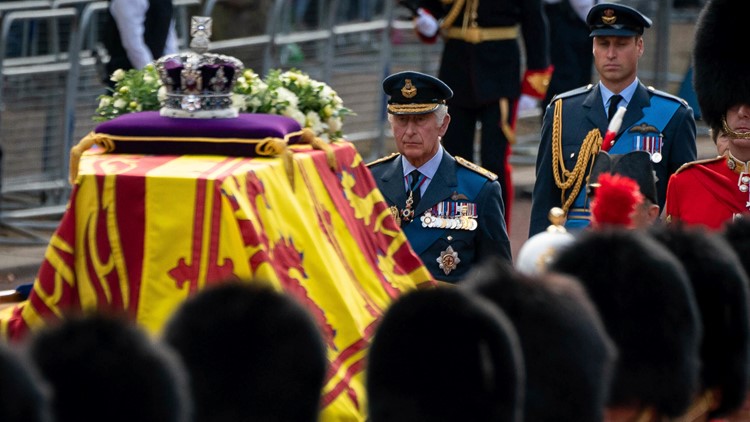 LONDON, UK – At the end of Queen Elizabeth II’s state funeral at Westminster Abbey on Monday, a two-minute silence will be observed across the United Kingdom to allow the public across the country to pay their respects to the late monarch.

Buckingham Palace released more details on Thursday about the state funeral of the Queen, who died on September 8 aged 96, and her private funeral later Monday. Her death at her beloved summer retreat at Balmoral Castle ended the monarch’s 70-year reign.

Edward William Fitzalan-Howard, the official in charge of preparations, said the funeral and events over the coming days are “designed to unite people around the world and to resonate with people of all faiths while fulfilling the desire of Her Majesty and Her Family to a fitting to pay homage to an extraordinary reign.”

Tens of thousands stood in a line that snaked more than four miles along the River Thames in London on Thursday, waiting to pass her coffin in silence.

“The Queen held a unique and timeless place in all of our lives. This has been felt more strongly in recent days as the world has come to terms with her death,” Fitzalan-Howard said.

On Friday evening, King Charles III. and his siblings stand guard over their mother’s coffin for 15 minutes as it rests in the 900-year-old Westminster Hall in the Houses of Parliament. Charles, Princess Anne, Prince Andrew and Prince Edward also stood guard with the coffin as it lay at St Giles’ Cathedral in Edinburgh earlier this week.

After Monday’s state funeral, attended by 2,000 guests including US President Joe Biden and other heads of state, Elizabeth’s coffin will be carried in a horse-drawn carriage through the historic heart of London, from Westminster Abbey to Wellington Arch near Buckingham Palace with gun carriage Charles and other royals walking behind.

Amid the pageantry and pomp, the coffin will follow virtually the same route, including up the flag-lined Mall to where it passed in front of muted crowds of mourners on Wednesday as it was carried from the Palace to the Houses of Parliament.

The coffin will then be driven in the state hearse to Windsor, where 800 people, including members of the Queen’s household and Windsor estate staff, will hold a funeral service at St George’s Chapel, near Windsor Castle.

At the end of the service, the coffin is lowered into the Royal Tomb and the sovereign’s piper plays a lament. Archbishop of Canterbury Justin Welby will deliver the blessing and the congregation will sing “God Save The King”.

Members of the Royal Family will then hold a private funeral service at the King George VI Memorial Chapel, where the Queen will be buried alongside her late husband, Prince Philip, who died last year aged 99.

I Wish I Was a Little Bit Taller