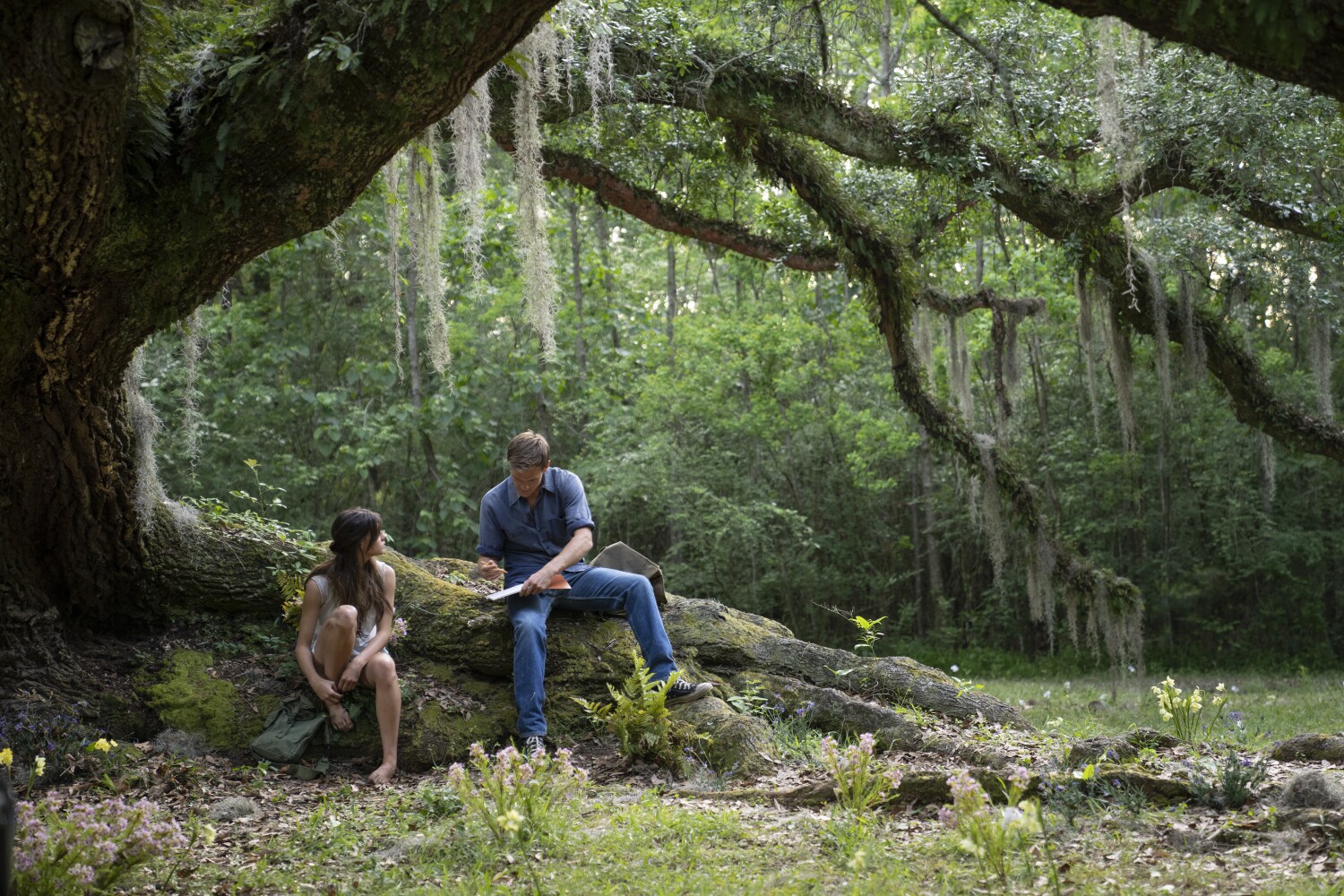 In 2018, retired zoologist Delia Owens, author of the best-selling 1984 memoir Cry of the Kalahari, published her first novel at the age of 69. “Where the Crawdads Sing” is set on the North Carolina coast in the 1950’s and 60’s, romance and crime through the life story of a young, isolated woman, Kya, growing up abandoned in the swamp. The story is a bit far-fetched, the characterizations broad, but there is beauty in Owens’ description of Kya’s relationship with the natural world. Her derisive nickname “the swamp girl” eventually becomes her strength.

Where the Crawdads Sing has become a legitimate publishing phenomenon, one of the best-selling books of all time, despite a controversy in Owens’ past – a connection to the killing of a suspected poacher in Zambia. Reese Witherspoon gave the book her book club’s blessing, and as she has done with other of her club’s titles, such as Big Little Lies, Witherspoon directed the film adaptation of Where the Crawdads Sing, directed by Lucy Alibar and produced by Olivia Newman and with Daisy Edgar-Jones as heroine Kya.

The film easily falls into the Southern gothic court drama subgenre – it’s like A Time to Kill with a feminine twist. While the nature of the adaptation calls for compression and elision, the film dutifully tells the story that fans of the book will see brought to life on the big screen. But in checking off all the plot points, the movie version loses what makes the book work, which is the time we spend with Kya.

Kya is a tricky protagonist whose life story requires some disbelief to be lifted. Abandoned by her mother (Ahna O’Reilly) and siblings while fleeing the drunken abuse by her father (Garret Dillahunt), who later disappears, young Kya (Jojo Regina) survives alone and sells shells to the owner of the local bait and tackle shop, Jumpin’ (Sterling Macer Jr.). His wife Mabel (Michael Hyatt) takes pity on Kya and offers her some donations of clothing and food, but it’s an extremely harsh existence that the film fails to fully convey.

As a teenager, Kya forms a friendship with a local boy, Tate (Taylor John Smith), who teaches her to read, and although their relationship turns romantic, he eventually leaves her for college. Abandoned again, she seeks the company of popular local Cad Chase Andrews (Harris Dickinson). It’s his death from a fall down the rickety fire tower that puts Kya on trial in the town of Barkley Cove, which ultimately becomes a referendum on how harshly she has been judged by the town’s citizens over the years.

The only reason Kya works in the book is because of the time the reader spends with her in the swamp, understanding her tactics of navigating and getting to know nature her way by understanding the patterns and life observes cycles of animals, insects and plants. Tate’s in-depth knowledge of her environment and ad hoc education helps Kya overcome poverty as she publishes illustrated books about local shells, plants and birds. But in the film, which sacrifices getting to know her in order to prioritize the more scandal-driven twists and turns, Kya comes off as a little goofy, a little laughable in her naivety and guilelessness.

There’s also the question of the plausibility and luster with which this rough, wild world was rendered by Newman and cinematographer Polly Morgan. The swamp (shot on location in Louisiana) is captured with a fresh, if superficial, beauty, but it’s hard to buy the English Rose Edgar-Jones in her fresh blouses and clean jeans as the almost feral naturalist who’s caught up in society was brutally violated. Everything is just too beautiful, a Disneyland version of the swamp.

The whole world feels sanded down and cleaned off the spit within an inch of its life, devoid of any dirt or dust to make this seem authentic, and that extends to the storytelling as well. It feels extraordinarily rushed as the actors hit their mark and deliver their monologues with a sense of obligation to advance the plot rather than develop the character. Hyatt as Mabel and David Strathairn, who plays Kya’s attorney Tom Milton, are the only actors to deliver grounded performances that feel like real people – everyone else feels like a two-dimensional version of an archetype that has the necessary backstory or subtext spitting to keep the plot going.

While faithful, Where the Crawdads Sing lacks the essential character and narrative connective tissue that makes a story like this work – an adaptation like this can’t survive on plot alone.

“Where the crayfish sing”

Valuation: PG-13, for sexual content and some violence, including sexual assault

The Drive To Make It: Ramone Russell’s Journey From Police Work To MLB The Show

Here’s how that crazy ‘Barry’ chase scene came together

Muse’s Matt Bellamy: “We’ve gone back to our safe space”