Laverne Cox is now a Barbie doll. The actress, producer, author and activist has a doll based on her that was launched just days before her 50th birthday on May 29th.

Cox’s doll is the first transgender doll released by Mattel, the owner of Barbie. The company has also donated to a non-profit organization called TransFamilySOS. 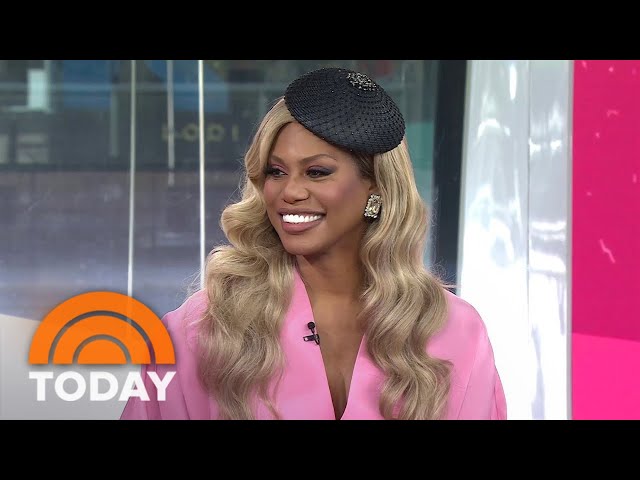 Laverne Cox worked closely with Mattel to create the Barbie

The doll wears a glamorous burgundy dress with a fitted corset bodice and a sheer tulle skirt. Another outfit is hidden under the dress. Laverne Cox told People that she wanted multiple dresses, but that would have increased the price of the item, so they decided to make a bodysuit to fit the original dress. Cox’ Barbie also wears sky-high boots that attach to her bodysuit. The actress shared by saying:

“I wanted her to wear multiple outfits, but it wasn’t cost effective. You want the doll to be affordable. So I thought, ‘What if she had an outfit that could come off and become multiple outfits?'” she says. “We designed and developed that.”

The doll also has dark lights in her hair because Cox wanted it to be as similar to her as possible. She said:

“I was like, ‘Can we make them look more like me? And more African American?’ And we had a talk about highlights and lowlights because I’m blonde most of the time now but I’m a black girl so I need a dark approach and we had a whole talk about how they can’t do that but they could do dark lowlights.”

Having a Barbie in her image is a significant achievement for the Emmy winner. She shared that her mother didn’t let her play with dolls when she was young because she was considered male at birth. When she started undergoing therapy in her mid-30s, her therapist advised her to buy a Barbie.

During this time, her mother decided to support her daughter and sent her a Barbie for Christmas. Laverne Cox shared that she “roared” after seeing what her mom got her. She said:

“And she sent me barbies for Christmas and my birthday.”

“So turning 50 and being transgender and having a Barbie in my life feels like a healing moment that comes full circle.”

She feels the doll can give trans children a degree of representation. You could relate to the Laverne Cox Barbie, especially in this day and age where gender-affirming therapies and treatments are becoming increasingly difficult to access. She hopes her doll can give hope to other trans people. She said:

“What excites me most about her being out in the world is that young transgender people can see her and maybe buy her and play with her and know that this is the first time a Mattel made Barbie that looks like this like a trans.”

Lisa McKnight, Mattel’s executive vice president and global head of Barbie and Dolls, shared the brand’s vision behind the creation of the item, saying:

“We are proud to highlight the importance of inclusion and acceptance at any age and to recognize Laverne’s significant impact on culture with a Tribute Collection Barbie.”

Laverne Cox is an icon who became the first transgender woman of color to star in a scripted TV show Orange is the new black. The doll will be available at all major retailers and MattelCreations.com for $39.99.

https://www.sportskeeda.com/pop-culture/laverne-cox-barbie-where-buy-release-date-price-everything-know-first-transgender-doll?utm_source=feed&utm_medium=referral&utm_campaign=sportskeeda Where to buy, release date, price and everything to know about the first transgender doll

Amazon Can’t Get Out of Big Tech’s Meeting Hell