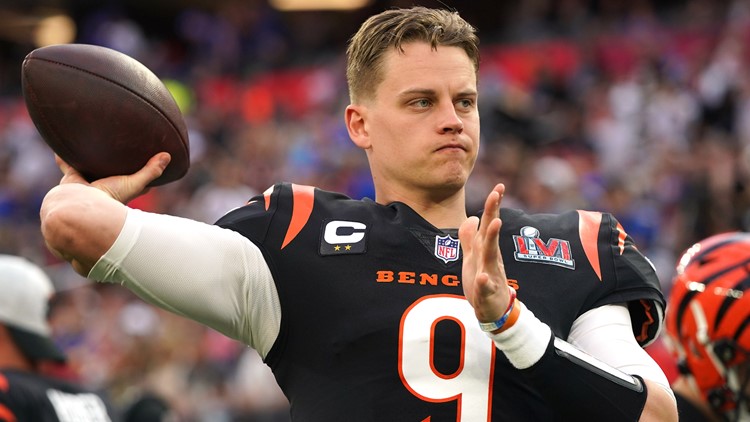 LOS ANGELES — We’re in that segment of the NFL offseason where we’re making lists and rankings and speculating about things that don’t really matter, but what’s wrong with having a little fun?

That’s what the hosts of the Locked On NFL podcast did on Thursday. Alex Clancy (locked on cardinals host) and Tyler Rowland (locked on titans host) addressed several issues and debated throughout the show. In the first segment, they talked about which team they would most like to play quarterback for in 2022 if they were a quarterback and got to choose their team.

“That goes into it, do they have good defence, good running play? It’s not just about who has the best receivers,” Clancy said.

SUBSCRIBE: The Locked On NFL Podcast is Locked On’s daily national NFL podcast featuring league-wide news and more. Free and available wherever you get your podcasts!

Locked On has a daily podcast covering EVERY NFL team! Find yours today

Rowland: “I have to tell you, I know this may sound crazy. But it could be the Cincinnati Bengals. This trio of wide receivers with Ja’Marr Chase, Tyler Boyd and Tee Higgins. They added Hayden Hurst on the tight end. And I think they improved the offensive line a lot… Zac Taylor, while I don’t think he’s an incredible coach, he’s a decent offensive spirit. And you know you’re going to have a solid defense. I’m also an Ohio kid… I think it would be pretty fun to be quarterback for the Cincinnati Bengals in 2022.”

Clancy: “For me, it’s the Chargers, and it’s not really close. This is due to improved defense (Khalil Mack, JC Jackson additions). That’s because Austin Ekeler has established himself as a top running back. Then you have Keenan Allen, who I consider to be the most underrated receiver in the NFL. What they have there is a stable 1-22 lineup on both sides of football.”

Rowland: “They’ve got AJ Brown, Devonta Smith, Dallas Goedert, Miles Sanders, Lane Johnson, Jason Kelce, a great O-Line and I like the defense. And I love the Eagles jerseys. You look cute on the field, Philly’s a tough place. I like it.”

Clancy: “Tyreek Hill and Jaylen Waddle. You will be the next level. You have so many running backs. Your offensive line will be improved. The defense is fine.”

Watch the full conversation on Locked On NFL As Rowland and Clancy are also debating which team will have the top defense in 2022 and which running back will be the front runner next year.

News Analysis: How far can Caruso get in November?